Enemy of the System

Enemy of the System is the eighth studio album from the ska band The Toasters released in 2002. The album was the first Toasters release on Megalith Records and it was released 5 years after Don't Let the Bastards Grind You Down , due to the demise of ska label Moon Ska and, also, the decrease of third wave ska's mainstream popularity that saw the disappearance of a lot of ska bands some years before. 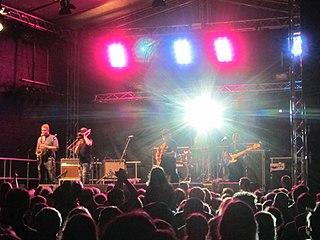 The Beat (known in the United States and Canada as The English Beat and in Australia as The British Beat, are a band founded in Birmingham, England, in 1978. Its music fuses Latin, ska, pop, soul, reggae and punk rock.

The Hippos were an American rock band formed in 1995 in Los Angeles, California, and later disbanded in 2002. During the band's lifetime they released 3 full-length albums. Their early work is best classified as part of the third wave of ska music, or as ska-punk, though in the later years of their career the band transitioned to a more synthesizer-driven power pop and rock sound.

Our Live Album Is Better than Your Live Album is a 2-disc live album by ska-punk band Reel Big Fish composed of both an extended length Reel Big Fish live set list, and a DVD of a March 2006 live show that also includes documentary footage on the band. The DVD portion was directed by Jonathan London, who previously directed the music video for their song "Don't Start A Band". Previews of the album can be heard on Reel Big Fish's MySpace. It is currently available for download at Rock Ridge Music and iTunes and was released in stores on August 22, 2006. The booklet included in the kit notes that the album is dedicated to Desmond Dekker. 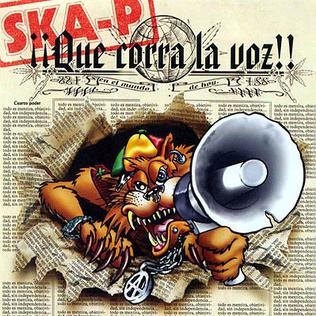 In Black and White is the sixth album by Mustard Plug. 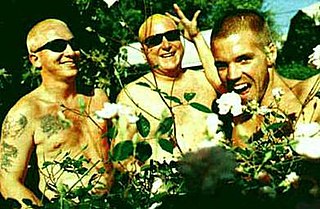 Jay Kalk, AKA Jayder is an American and International touring and recording artist formerly based out of Los Angeles, Phoenix, Honolulu, who currently resides in Minneapolis, Minnesota. He has recorded and performed with many artists such as Go Jimmy Go, Warsaw Poland Brothers, and 3 Minute Hero. His most recent endeavor, Church of Cash, is a Johnny Cash Tribute show.