FC Stade Nyonnais is an association football club based in the town of Nyon, Switzerland. The team currently competes in the Promotion League, the third tier of the Swiss football league system and plays its home matches at Stade de Colovray, where it has been since 1991. Founded in 1905, it is nicknamed the "jaune et noir" (which translates to "yellow and black") and affiliated to the Vaud Cantonal Football Association.

FC Stade Nyonnais was founded in 1905 by then-teenagers Oscar Aeby, Edmond Delay, Emile Aeby and Pierre Robin as Bluet. [2] [1] Football was rapidly popularising in Nyon and Switzerland at the start of the 20th Century and the club was one of many emerging football teams in the town along with FC Nyon (who were the first club in Nyon), Fortuna Nyon, Nyon-Sport, Nyon FC, and Rive. [2] They initially played their home games at a courtyard of a local Catholic church in Nyon. [2] The pitch dimensions, however, did not meet requirements and they therefore relocated to Place Perdtemps (now converted into a car park) in 1906. [1] [3] Their stay there ended swiftly as the local authorities took issue with allowing a group of boys (their oldest player was 18 at the time) playing football in a public space. [2] The club played their first 4 seasons in the Coup de Léman; a competition created by FC Nyon in which all clubs in Romandy competed in. [2] After undergoing several name changes, the club had eventually settled on FC Stade Nyonnais by 1907. [1] 2 years later, Stade Nyonnais were admitted to the Association Cantonale Vaudoise de Football; the regional football association of the Vaud canton in which Nyon is located. [1] The club competed in the second tier of the competition and proceeded to win their first title when they were crowned champions of the division in 1910. [1] Les Nyonnais, as they are often referred as, joined the Swiss Football Association in 1918 following the end of World War I. [1]

By 1924, the club moved away from Place Perdtemps and began to play their matches at a newly built ground in Marens, Nyon (the land is now in use by local secondary school Ecole Secondaire de Nyon-Marens). [1] In 1925, the team earned promotion to the second tier of Swiss football after being crowned regional champions of Romandy (French-speaking region of Switzerland) and would proceed to remain in the league for the subsequent six years. [1] The same year, they competed in the inaugural Swiss Cup tournament in which they reached the round of 16. [1] In 1926, Jean Wirz, who was elected Stade Nyonnais president the following decade, formed a youth academy for the club. [1]

In 2001 the club had a big game against Real Madrid, in which they reached a record attendance of 6,800 spectators. [1] High-profile players such as Zinedine Zidane participated in the match. [1]

The club enjoyed their best ever Swiss Cup run in 2007 when they managed to reach the quarter finals. The tournament came to an end for Les Nyonnais in a 2–0 defeat to top-tier side FC Basel. [1]

Nyon had survived several seasons in the second tier of Swiss football, the Challenge League, until the 2011–12 season. Due to restructuring of the Swiss Football League, it was announced that the bottom 6 teams of the 10 team division would be relegated to a newly formed division in 2012, rather than the usual two teams being relegated. Nyon was close to survival but finished two points from safety, and were relegated to the Promotion League. They have remained in the league ever since.

FC Stade Nyonnais' colours have been black and yellow ever since the club's foundation in 1905. [4] It is established historically through archival documents that said colours were adopted by the founders as a tribute to BSC Young Boys who were crowned Swiss champions in 1903. [4] The yellow and black also distinguished them from the colours of FC Nyon United (now defunct) who played their matches in the same city. [4]

Bern-born Jean Wirz is often credited as the founder of Stade Nyonnais and the reason behind their yellow and black colour. [4] This claim, however, is not supported by historical evidence. [4] Wirz, who was involved in Nyon sports circles for almost half a century, only settled in Nyon in April 1920. [4] He formed the youth section of the club in 1926 before taking up the role of vice-president in 1930. [4] After a 5-year vice-presidency, he operated as club president from 1935–37. [4] 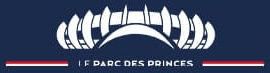 Parc des Princes is an all-seater football stadium in Paris, France, in the south-west of the French capital, inside the 16th arrondissement, near the Stade Jean-Bouin and Stade Roland Garros.

Lille Olympique Sporting Club, commonly referred to as LOSC, LOSC Lille or simply Lille, is a French professional football club based in Lille, Hauts-de-France that competes in Ligue 1, the top flight of French football. Lille has played its home matches since 2012 at Stade Pierre-Mauroy, the fourth-largest football stadium in France. The 50,186-capacity retractable roof venue replaced the club's previous home of Stadium Lille-Metropole. 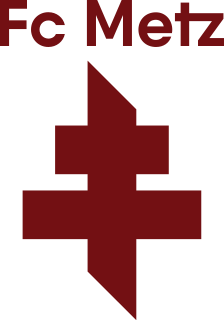 Football Club de Metz, commonly referred to as FC Metz or simply Metz, is a French association football club based in Metz, Lorraine. The club was formed in 1932 and plays in Ligue 2, the second division in the French football league system. They plays its home matches at Stade Saint-Symphorien located within the city. The team is currently managed by László Bölöni. Despite never winning the top flight, they have won the Coupe de France twice and the Coupe de la Ligue twice.

Football Club de Mulhouse is a French association football club based in Mulhouse. The club was founded in 1893 and currently play in the Championnat National 3, the fifth level of French football. Mulhouse plays its home matches at the Stade de l'Ill located within the city.

Thonon Evian Grand Genève Football Club, formerly Evian Thonon Gaillard FC, commonly referred to as Thonon Evian or just Evian, is a French association football club based in Thonon-les-Bains that was founded on 1 July 2007. It competes in the Championnat National 2, the fourth tier of the French football league system.

Jocelyn Roux is a Swiss professional footballer who last played for FC Wil.

Anthony Braizat is a French association football coach and former player who most notably played for Toulouse and AS Cannes, before playing for Swiss side Servette FC from 2008 to 2010. He is the current head coach for Swiss Promotion League side Stade Nyonnais.

Centre Sportif de Colovray Nyon is where FC Stade Nyonnais play their home football and rugby games. The site is opposite the UEFA headquarters. The centre has six pitches for different things and hosts a variety of activities, football, rugby and athletics. The stadium has 860 seats and the rest is standing places.

Avenir Sportif Béziers is a French association football club founded in 2007 by the merger of AS Saint-Chinian, FC Béziers Méditerranée, and the Béziers-Méditerranée Football Cheminots. They are based in the town of Béziers and their home stadium is the Stade de Sauclières.

Adriano De Pierro is a Swiss professional footballer who plays for Stade Nyonnais.

Jules Sylvestre-Brac is a French professional footballer who plays as a defender for Swiss club Stade Nyonnais on loan from Grenoble. The 2020–21 Ligue 1 season, also known as Ligue 1 Uber Eats for sponsorship reasons, was a French association football tournament within Ligue 1. It was the 83rd season since its establishment. The season started on 21 August 2020 and ended on 23 May 2021. The league fixtures were announced on 9 July 2020.