The Films Division of India (FDI) commonly referred as Films Division was established in 1948 soon after independence of India. It was the first state film production and distribution unit, now under the Ministry of Information and Broadcasting, Government of India, primarily to "produce documentaries and news magazines for publicity of Government programmes" and cinematic record of Indian history. [2] [3]

FDI is divided into four wings, namely, Production, Distribution, International Documentary and Short Film Festival. The Division produces documentaries/news magazines from its headquarters at Mumbai, films on defence and family welfare from New Delhi and featurettes focussing on rural India from the regional centres at Calcutta now (Kolkata) and Bangalore. [4] In 1990, it was started at the annual Mumbai International Film Festival, for documentary, short and animation films at Mumbai. It houses a museum of cinema, the National Museum of Indian Cinema (NMIC), inaugurated on 19 January 2019.

Established in 1948, FDI followed the model of state controlled and monopolized production, distribution and exhibition of documentary films, news reels and propaganda films, soon transforming into the biggest producer documentary and short film production in the country. [5] For decades to come, FDI would produce thousands of documentaries and newsreels that would reach as many as 25 million Indians a week. As James Beveridge of the National Film Board of Canada would later observe, FDI “delivered a body of documentaries and newsreels which must constitute the largest peace-time programme of public inf anyosdslfw j9rj9q2owjicjfedgvfeuqo/DA:LMk,ijv'9uk0isnrf'p EINLWDMKS;,A[3Fva {dqe oe journal |last1= Beveridge |first1= James A |date= July–September 1955 |title= The Film in India: First Impressions |journal= Indian Documentary |volume=2 |issue=1 |pages=5 }}</ref>

Films Division has produced mainly for the state-owned TV channel, Doordarshan. It produced some classics like Ek Anek Aur Ekta. [6] The films division has produced over 8000 films since inception and about 5000 films are being made available for online purchase and downloads. [7]

In 2012 Films Division started a film club at Mumbai which screens films from archives. [8] 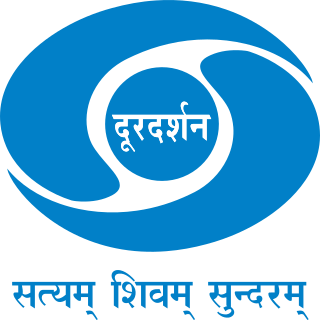 Doordarshan is an Indian public service broadcaster founded by the Government of India, owned by the Ministry of Information and Broadcasting and one of Prasar Bharati's two divisions. One of India's largest broadcasting organisations in studio and transmitter infrastructure, it was established on 15 September 1959. Doordarshan, which also broadcasts on digital terrestrial transmitters, provides television, radio, online and mobile service throughout metropolitan and regional India and overseas.

Narendra Damodardas Modi is an Indian politician serving as the 14th and current prime minister of India since 2014. He was the chief minister of Gujarat from 2001 to 2014 and is the Member of Parliament for Varanasi. Modi is a member of the Bharatiya Janata Party (BJP) and its National Democratic Alliance (NDA). He is also a member of the Rashtriya Swayamsevak Sangh (RSS), a Hindu nationalist volunteer organisation. He is the first prime minister born after India's independence in 1947, the second non-Congress one to win two consecutive terms after Atal Bihari Vajpayee and the first from outside the Congress to win both terms with a majority in the Lok Sabha. 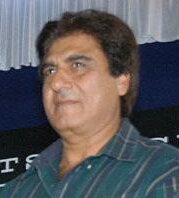 Raj Babbar is an Indian Hindi and Punjabi film actor and politician belonging to Indian National Congress. three-time member of the Lok Sabha and a two-time member of the Upper House of the Indian Parliament. He was the President of Uttar Pradesh Congress Committee. 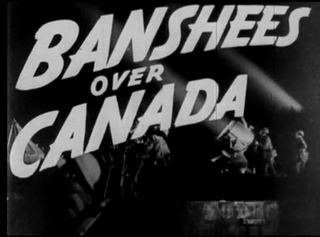 Banshees Over Canada is a 19-minute 1943 Canadian documentary film, made by the National Film Board of Canada (NFB). The film was produced by Sydney Newman and directed by James Beveridge. The film's Canadian French title was Vautours au-dessus du Canada. It was produced as part of the Canada Carries On series.

Mukta Arts Limited is an Indian film production company, headquartered in Mumbai, established in 1978. The company is involved in the production, distribution, exhibition and education in cinema and creative arts and production of digital software in television serials, web series and documentaries. It is the first Hindi film production company that listed on the stock exchange. Mukta Arts Limited has produced and co-produced 42 films in Hindi and other languages till date. It has distributed over 400 movies under the brand name Mukta movies distributors. In 2012 it entered into exhibition sector and launched its own chain of multiplex theatres under the name Mukta A2 Cinemas, now present at 18 locations in India including one in Bahrain with 54 screens.

The Department for Promotion of Industry and Internal Trade (DPIIT) is a central government department under the Ministry of Commerce and Industry in India. It is responsible for formulation and implementation of promotional and developmental measures for growth of the industrial sector, keeping in view the national priorities and socio-economic objectives. While individual administrative ministries look after the production, distribution, development and planning aspects of specific industries allocated to them, DPIIT is responsible for the overall industrial policy. It is also responsible for facilitating and increasing the foreign direct investment (FDI) flows to the country.

Indian News Parade was a cinematic newsreel produced by the Indian government between September 1943 and April 1946. Originally named Indian Movietone News, it was produced in response to the Anglo-centric newsreels created by British and American companies. It suffered a poor critical reception, and production ceased shortly after the end of World War II.

Veer Savarkar is a Hindi 2001 Indian film based on the life of Vinayak Damodar Savarkar. This version was released on DVD format. This film was produced by Savarkar Darshan Prathisthan, under the president-ship of Sudhir Phadke. It premiered on 16 November 2001, in Mumbai, New Delhi, Nagpur and six other Indian cities. Rediff.com reports a claim that it is the first movie in the world financed by public donations. On 28 May 2012 its Gujarati language version was released by the then Chief Minister of Gujarat, Narendra Modi.

Ezra Mir was an Indian film-maker, known for his documentary films. 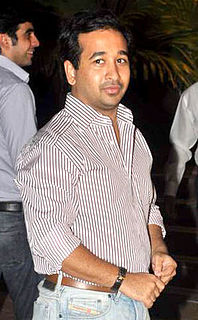 Nitesh Narayan Rane is an Indian politician and a member of Maharashtra Legislative Assembly for the Kankavli vidhansabha constituency. He is the head of the non-governmental organisation "Swabhiman Sanghatana". He is the younger son of former chief minister and senior politician Narayan Rane.

Kabir Kala Manch was a cultural organisation that was formed in Pune, Maharashtra, India, in the wake of the Gujarat riots in 2002. Through music, poetry and theatre, it aims to spread an anti-caste, pro-democracy message. It comprises students and young professionals who perform protest poetry and plays in slums and streets.

The Mumbai International Film Festival for Documentary, Short and Animation Films (MIFF) is a festival organized in the city of Mumbai by the Films Division, Ministry of Information and Broadcasting, Government of India. It was started in 1990, and focuses on documentary, short fiction and animation films.

Make in India is an initiative by the Government of India to encourage companies to manufacture in India and incentivize dedicated investments into manufacturing. The policy approach was to create a conducive environment for investments, develop a modern and efficient infrastructure, and open up new sectors for foreign capital. The initiative targeted 25 economic sectors for job creation and skill enhancement, and aimed "to transform India into a global design and manufacturing hub." 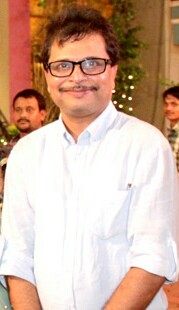 The Electric Locomotive Factory, Madhepura is a joint venture of Alstom SA of France with Indian Railways for the production of 800 high-power locomotives over a period of 11 years designed to run on Indian tracks at 120 km per hour. The manufacturing has started on 11 October 2017.

PM Narendra Modi is a 2019 Hindi-language biographical drama film directed by Omung Kumar, and written by Anirudh Chawla and Vivek Oberoi. The film is jointly produced by Suresh Oberoi, Sandip Ssingh, Anand Pandit, Acharya Manish under the banner of Legend Studios. The film's plot is loosely based on the life of Narendra Modi, the 14th Prime Minister of India.