Last updated May 11, 2020
For other uses, see Mecklenburg-Strelitz (disambiguation).

Chairmen of the State Ministry of Mecklenburg-Strelitz, 1918-1919

The German National People's Party was a national-conservative party in Germany during the Weimar Republic. Before the rise of the Nazi Party, it was the major conservative and nationalist party in Weimar Germany. It was an alliance of nationalists, reactionary monarchists, völkisch and antisemitic elements supported by the Pan-German League.

Hans Luther was a German politician and Chancellor of Germany for 482 days in 1925 to 1926. As Minister of Finance he helped stabilize the Mark during the hyperinflation of 1923. From 1930 to 1933, Luther was head of the Reichsbank and from 1933 to 1937 he served as German ambassador to Washington.

This page lists Prussian Ministers of the Interior.

This Weimar Timeline charts the chronology of the Weimar Republic, dating the pre-history before the adoption of the actual Weimar constitution. This timeline stops when Hitler establishes the Third Reich. 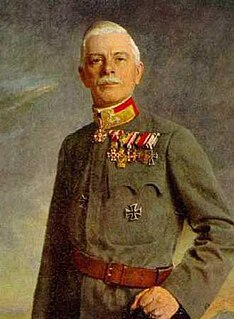 Generaloberst, in English colonel general, was, in Germany and Austria-Hungary—the German Reichswehr and Wehrmacht, the Austro-Hungarian Common Army, and the East German National People's Army, as well as the respective police services—the second highest general officer rank, ranking as equal to a 4 star full general but below general field marshal. It was equivalent to Generaladmiral in the Kriegsmarine until 1945, or to Flottenadmiral in the Volksmarine until 1990. The rank was the highest ordinary military rank and the highest military rank awarded in peacetime; the higher rank of general field marshal was only awarded in wartime by the head of state. In general, a Generaloberst had the same privileges as a general field marshal.

The Federal Ministry of Justice and Consumer Protection, abbreviated BMJV, is a cabinet-level ministry of the Federal Republic of Germany. Under the German federal system, individual States are most responsible for the administration of justice and the application of penalties. The Federal Ministry of Justice devotes itself to creating and changing law in the classic core areas related to Constitutional law. The Ministry also analyzes the legality and constitutionality of laws prepared by other ministries. The German Federal Court of Justice, the German Patent and Trade Mark Office (GPTO), and the German Patent Court all fall under its scope. The ministry is officially located in Berlin. 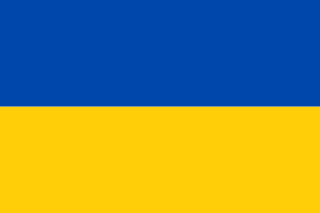 The Free State of Schaumburg-Lippe was created following the abdication of Prince Adolf II of Schaumburg-Lippe on 15 November 1918. It was a state in Germany during the Weimar Republic, headed by a Minister President. The democratic government was suppressed during Nazi rule. At the end of World War II the British military occupation government decreed on 1 November 1946 the union of Schaumburg-Lippe, Hannover, Braunschweig, and Oldenburg to form the new state of Lower Saxony.

The Wiesbaden Region was one of three administrative regions from which the state of Hesse was formed in 1945.

FreiherrGünther Hubertus von Reibnitz was a cavalry officer of the German Empire during the First World War. He joined the Nazi Party in 1930 and was a member of the SS Cavalry Corps.