Hebden began a solo career in the late 1990s under the name Four Tet while the other two members attended college. Ilhan has also released three solo albums, Homesongs (2004), Love and Other Planets (2006), and Takes (2008) under the name Adem. The band's fifth album (and first in six years), The Sun , was released in June 2007.

The three musicians have also worked on occasion as the backing band for Badly Drawn Boy, and remixed his single Another Pearl.

Fridge also played their first public gig in six years, at Bardens Boudoir in Dalston, London, on 9 August 2007. They followed this up with a performance at the 2007 Field Day festival in Victoria Park, London. 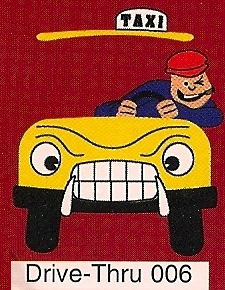 Drive-Thru Records was a California-based independent record label owned by siblings Richard and Stefanie Reines. The label was partially responsible for popularizing the pop-punk/emo sound of the early to mid-2000s. After facing financial obstacles in getting their bands' music into stores, Drive-Thru entered into a distribution deal with MCA/Universal. MCA was dissolved and changed into Geffen Records. One of the clauses of that agreement was MCA/Geffen being able to sign any band of their choosing from Drive-Thru's roster. 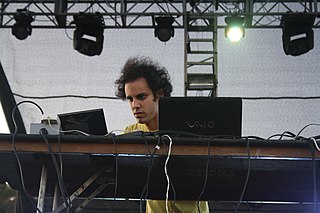 Lois Maffeo is an American musician and writer who lives in Olympia, Washington. Although never achieving mainstream success, she has been closely involved with and influenced many independent musicians, especially in the 1990s-era Olympia, Seattle and Washington, D.C. music scenes.

Tarentel is a band based in San Francisco, California, which formed in 1995. Initially, the band consisted of Danny Grody and Jefre Cantu-Ledesma. The line-up altered over the years and has included John Hughes, Trevor Montgomery, Patricia Kavanaugh, Kenseth Thibideau, Jeffrey Rosenberg, Jim Redd, Tony Cross, Steve Dye and others.

Adem Ilhan is an English musician of Turkish descent from South London. He is the bass guitarist in the post-rock band Fridge, alongside Kieran Hebden, and is part of the electronic duo Silver Columns with Johnny Lynch. His solo music is released under the name Adem.

Eph is an album by Fridge released Spring 1999. It was their first album for the Go! Beat label.

Sevens and Twelves is a compilation of early singles by Fridge, released October 19, 1998. It compiles all the singles released on Output Recordings, plus a couple of extra tracks. 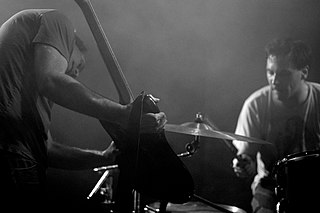 Grails is an American instrumental experimental rock band. Based in Portland, Oregon, the group have released seven studio albums, on labels including Southern and Temporary Residence, and have toured across North America and Europe.

Coaltar of the Deepers are an Alternative rock band from Japan. They formed in May 1991. Although primarily influenced by shoegaze and post-rock sound, their sound incorporates musical elements as diverse as thrash metal, electronica, neo-acoustic, and bossa nova. Possessing a devoted fanbase, they are also known for their Prince, The Cure, The Primitives, and My Bloody Valentine covers.

Future of Forestry is a band from Southern California, U.S.

Immortal Souls is a melodic death metal band from Kokkola, Finland, formed in 1991. They released a split album and their debut on Little Rose Productions in the late 1990s and early 2000s. In 2002 Immortal Souls signed with Dutch label Fear Dark which released their second and third album as well as a compilation. They have performed at Tuska Open Air Metal Festival. Their musical style is characterized by their use of melodic guitar riffs and singing which shifts between growls and shouting. Their music has been called winter metal since Immortal Souls utilizes frosty metaphors in their lyrics and usually creates a cold, wintry atmosphere. The album Wintereich was released in 2007 in Europe on Dark Balance and in the USA through Facedown Records.

Gone: A Collection of EPs 2000-2007 is a compilation album by Japanese rock band Mono, released in 2007. It is a compilation of several EPs and non-album tracks, ordered chronologically. Limited to 3,000 copies, some of which are on colored vinyl.

David Wali Rahmaan Ebn Hassan Bullard, better known by his stage name Orko Eloheim is an American alternative hip hop artist from San Diego, California. He is also one half of the duo Nephlim Modulation Systems with Bigg Jus.