Friends and Lovers (also known as Paul Sand in Friends and Lovers) is an American sitcom starring Paul Sand which centers on a musician in Boston, Massachusetts, and his personal relationships. It was Sand's only starring role in a television series. The show aired from September 14, 1974, to January 4, 1975. [1] [2]

Robert Dreyfuss is a young bachelor and double-bass player who returns to Boston after living in Denver, Colorado, for three years and wins a job playing with the Boston Symphony Orchestra. He is a romantic who falls in love easily with the women he meets, but he has little luck with them because he is shy, passive, dour-faced, and tends to say the wrong things at the wrong time. In sharp contrast, his older brother Charlie is aggressive, loud, physically fit, and athletic. Charlie is protective of Robert, while Charlie's affection-starved wife Janice constantly mocks Robert for his romantic failures, and Robert often gets caught in the middle of the arguments to which Charlie and Janice are prone. Charlie and Janice have a three-year-old son named Brendan who is mentioned in the first episode, but Brendan never appears in the show and is never discussed in any other episode. Ben and Marge are Robert's and Charlie's parents. [1] [2] [3] In the orchestra, Robert makes friends with an Austrian violinist, Fred Meyerbach, who has a strained relationship with his father. They must deal with the young, sarcastic, and overweight conductor, Mason Woodruff, and the antagonistic orchestra manager, Jack Riordan. [1] [2] [3]

Paul Sand was a rising star – he had won a Tony Award on Broadway and received good reviews for his appearances on The Carol Burnett Show and The Mary Tyler Moore Show – when MTM Enterprises decided to give him his own situation comedy in 1974. In order to give the show the maximum possible exposure to new viewers, CBS aired Friends and Lovers on Saturday at 8:30 p.m. between two blockbuster hit situation comedies, All in the Family at 8:00 p.m. and The Mary Tyler Moore Show at 9:00 p.m. – arguably the best time slot for a new series in the autumn of 1974.[ citation needed ] The show also received much publicity, touted as the "sleeper" hit of the fall 1974 season.[ citation needed ]

The show was filmed in color before a studio audience. [3]

Some critics expressed disappointment in Friends and Lovers – the Boston Herald American 's Anthony La Camera called it "a downright disappointment" and the Boston Globe 's Percy Shain said it was "mundane and average, with few laughs"[ citation needed ] – but others gave it more favorable reviews. The premiere episode on September 14, 1974, was the 14th-most-watched show of the week, and during its run the show had good ratings – for example, a 36 share in early October 1974 – and was the 25th most-viewed television show of the season. However, its ratings paled in comparison to those of the shows before and after it; it lost viewers from All in the Family, which had a 51 share in early October 1974, and network executives believed that it did not provide a good lead-in audience for The Mary Tyler Moore Show, viewership of which fell from previous seasons to a 39 share by early October 1974.[ citation needed ] Especially given the high hopes the network had had for the show, it was considered a ratings disappointment for its highly advantageous time slot and, in fact, one of the bigger disappointments of the fall 1974 season.

CBS cancelled the show after only 15 episodes, the last of which was broadcast on January 4, 1975. Along with The Texas Wheelers , Friends and Lovers was one of the first two MTM Enterprises shows ever to be cancelled.

In January 1975, two weeks after it last aired, Friends and Lovers was replaced in its time slot by a new show, The Jeffersons . A better fit for CBS's Saturday-evening line-up,[ citation needed ]The Jeffersons was a major hit which aired in first-run production for the next ten years. [2] 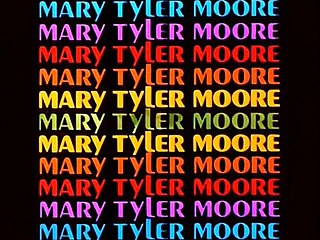 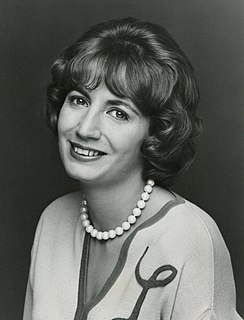 Carole Penny Marshall was an American actress, director and producer. She is best remembered for her role as Laverne DeFazio on the television sitcom Laverne & Shirley (1976–1983), receiving three nominations for the Golden Globe Award for Best Actress – Television Series Musical or Comedy for her portrayal.

The Jeffersons is an American sitcom television series that was broadcast on CBS from January 18, 1975, to July 2, 1985, lasting 11 seasons and a total of 253 episodes. The Jeffersons is one of the longest-running sitcoms in history, the second-longest-running series with a primarily African American cast by episode count and the first to prominently feature a married interracial couple. 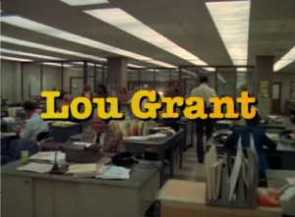 Lou Grant is an American drama television series starring Ed Asner in the title role as a newspaper editor that aired on CBS from September 20, 1977, to September 13, 1982. The third spin-off of the sitcom The Mary Tyler Moore Show, Lou Grant was created by James L. Brooks, Allan Burns, and Gene Reynolds.

Allan Pennington Burns was an American screenwriter and television producer. He was best known for co-creating and writing for the television sitcoms The Munsters and The Mary Tyler Moore Show.

Robert Moore was an American stage, film and television director and actor.

The John Charles Walters Company was a production company formed in 1978 by four former employees of MTM Enterprises: James L. Brooks, David Davis, Stan Daniels and Ed. Weinberger. The company existed from 1978 until 1983 and produced the TV show Taxi. 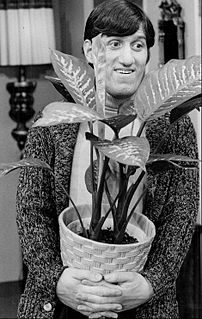 Paul Benedict was an American actor who made numerous appearances in television and films, beginning in 1965. He was known for his roles as The Number Painter on the PBS children's show Sesame Street and as the English neighbor Harry Bentley on the CBS sitcom The Jeffersons.

Jay Henry Sandrich was an American television director who primarily worked on sitcoms. In 2020, he was inducted into the Television Hall of Fame.

Lynda Goodfriend is an American actress who is best known for playing Lori Beth Cunningham, Richie's girlfriend then wife on the TV sitcom, Happy Days.

The Mary Tyler Moore Hour is an American sitcom-variety show starring Mary Tyler Moore, Dody Goodman, Michael Keaton and Joyce Van Patten that aired on CBS from March 4, 1979 to June 10, 1979, with a total of 11 episodes spanning over one season.

Paul Sand is an American actor and comedian.

Caren Kaye is a retired American television and film actress who has appeared in dozens of films and guest-starred in many TV series. She attended Carnegie Mellon University and holds a Ph.D. in psychology. She is best known for her roles in the 1983 film My Tutor and the short-lived sitcoms The Betty White Show (1977–1978), Who's Watching the Kids? (1978), and It's Your Move (1984–1985).

The Ted Knight Show is an American sitcom television series starring Ted Knight which centers on the owner of an escort service in New York City. The series aired on CBS from April 8, 1978 to May 13, 1978.

Loves Me, Loves Me Not is an American sitcom starring Susan Dey and Kenneth Gilman, which centered on a young couple who had just started dating. It aired on CBS from March 20 to April 27, 1977.