Fury is a 1923 American silent drama adventure film produced by and starring Richard Barthelmess. It was directed by Henry King and released through First National Pictures which was then called Associated First National. [1]

The synopsis of this film has a strange foreboding character concerning actor Tyrone Power whose character Captain Leyton dies of heart attack, leaving his son, called 'Boy' played by Barthelmess, to carry on. In real life actor Power would die of a heart attack in 1931 in the arms of his own son Tyrone Power, the later film star. [2]

As described in a film magazine, [3] Boy Leyton (Barthelmess) is second mate on board the Lady Spray, the ship on which his father is Captain Leyton (Power). Boy is often chided by his father for his effeminacy and more often beaten. While in port Boy proposes to Minnie (Gish) and suggests that she go to Glasgow to meet him there to be married. The ship sails and the Captain learns of his son's intention to marry. He calls him in and tells him about his mother, who deserted him, and tries to turn him away from all women, but Boy refuses to listen. The Captain is suddenly taken ill, but before he dies he makes Boy promise that he will not marry until he has found the man who wronged his mother. The Captain is buried at sea and the ship continues on its course. Upon reaching Glasgow Boy tells Minnie what happened. While at the bar, he meets an old woman who comes in begging. During the conversation he discovers that she is his mother, and he forces her to tell him who her betrayer was. Boy learns that it was the first mate from his father's ship who is now its captain. He finds the man and, though greatly outweighed, he finally succeeds in knocking him down. The stunned man falls from the ship into the sea and disappears. When the ship goes back into port, Boy and Minnie are married.

It is not known whether Fury currently survives, [4] suggesting that it is a lost film. 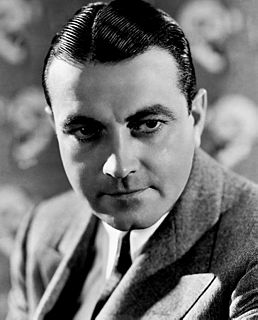 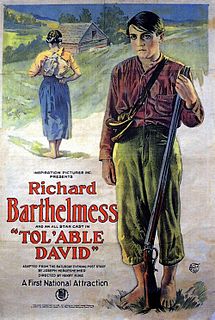 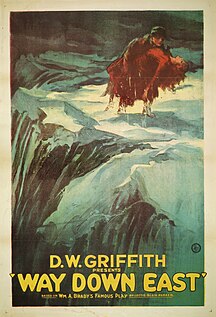 Way Down East is a 1920 American silent romantic drama film directed by D. W. Griffith and starring Lillian Gish. It is one of four film adaptations of the melodramatic 19th century play Way Down East by Lottie Blair Parker. There were two earlier silent versions and one sound version in 1935 starring Henry Fonda.

Enoch Arden is a 1915 American short drama film directed by Christy Cabanne. It is based on the 1864 poem Enoch Arden by Tennyson. Prints of the film exists at the George Eastman House Motion Picture Collection and the UCLA Film and Television Archive. 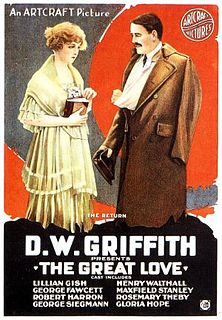 The Mate of the Sally Ann is a 1917 American silent comedy drama film directed by Henry King. 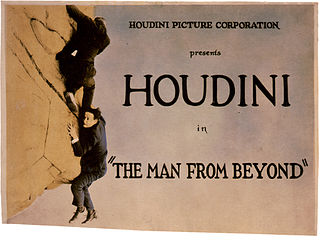 The Man from Beyond is a 1922 American silent mystery film starring Harry Houdini as a man found frozen in arctic ice who is brought back to life. 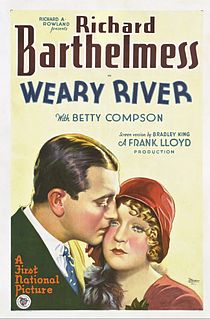 Weary River is a 1929 American romantic drama film directed by Frank Lloyd and starring Richard Barthelmess, Betty Compson, and William Holden. Produced and distributed by First National Pictures, the film is a part-talkie, part-silent hybrid made at the changeover from silent to sound movies. Based on a story by Courtney Riley Cooper, the film is about a gangster who goes to prison and finds salvation through music while serving his time. After he is released and falls back into a life of temptation, he is saved by the love of a woman and the warden who befriended him. The film received a nomination for an Academy Award for Best Director in 1930. 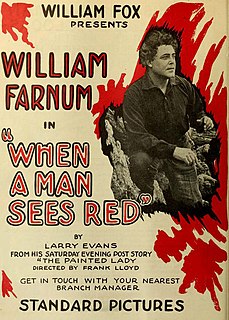 When a Man Sees Red is a 1917 American silent drama film produced and distributed by the Fox Film Corporation and directed by Frank Lloyd. William Farnum stars in this now lost film. It was remade in 1934 as Pursued. 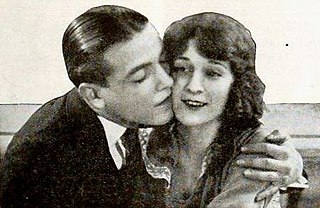 The Girl Who Stayed at Home is a 1919 American silent drama film produced and directed by D. W. Griffith and released by Paramount Pictures. Prints of the film exist.

The Idol Dancer is a 1920 American silent South Seas drama film produced and directed by D. W. Griffith. It stars Richard Barthelmess and Clarine Seymour in her final film role. Seymour was a young actress Griffith was grooming for stardom. She died of pneumonia shortly after emergency surgery for an intestinal blockage on April 24, 1920, less than a month after the film premiered.

The Love Flower is a 1920 American silent drama film produced by D. W. Griffith and released through the then nascent United Artist company of which Griffith was a founding partner. 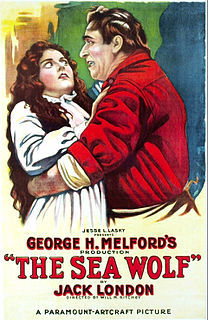 The Sea Wolf is a lost 1920 American drama film based upon the 1904 novel by Jack London, directed by George Melford, and starring Noah Beery as the brutal sea captain Wolf Larsen, sometimes referred to as "The Sea Wolf." The supporting cast includes Mabel Julienne Scott, Tom Forman, Raymond Hatton, and A. Edward Sutherland. 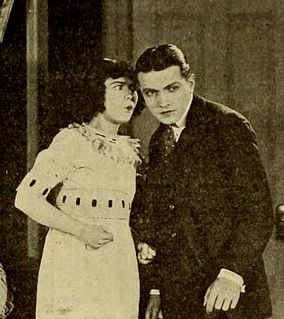 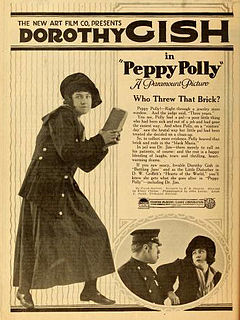 Peppy Polly is a lost 1919 American silent drama film directed by Elmer Clifton and starring Dorothy Gish. D. W. Griffith produced, as he did for several of Gish's films. 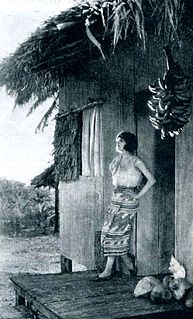 Island Wives is a lost 1922 American silent adventure drama film directed by Webster Campbell and starring Corinne Griffith. The Vitagraph Company of America produced and distributed. Some of the film was shot in Florida.

The Beautiful City is a 1925 American drama film directed by Kenneth Webb and starring Richard Barthelmess, Dorothy Gish, and William Powell. For their mother's sake, a man takes the blame for a robbery committed by his brother and his brother's gangster boss. 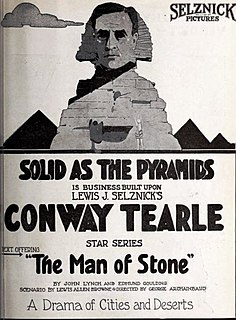 A Man of Stone is a 1921 American silent drama film directed by George Archainbaud and starring Conway Tearle, Betty Howe, and Martha Mansfield.

The Seventh Day is a 1922 American silent drama film directed by Henry King and starring Richard Barthelmess, Louise Huff, Frank Losee and Anne Cornwall. A group of high society New Yorkers on a yachting vacation put into a small New England fishing village for repairs. While there they strike up relationships with locals that threatens the harmony of their party.