Gateshead Thunder was a professional rugby league club founded in 1999 in Gateshead, Tyne and Wear, England, which merged with Hull Sharks after only one season. A new club, bearing the same name, was later formed to retain rugby league in Gateshead.

In 1998, Gateshead were officially granted a franchise in the Super League ahead of bids from Swansea and Cardiff. The club was named Gateshead Thunder, the name chosen in a contest, with Shaun McRae as head coach.

Fan attendance in the early part of the season was poor, but rose to 3,895 by season's end. The Thunder finished in sixth position, just two points outside the play off places. They had defeated St. Helens home and away, as well as beating Wigan Warriors in the 'on the road' fixture at Tynecastle, Edinburgh. Matt Daylight was the joint leading try scorer in Super League IV and winger Ian Herron was one of the leading goal kickers in the league.

During their sole season in Super League in 1999, the Thunder claimed to have lost £700,000, so on 15 November 1999, the board announced their intention to merge the Thunder with the Hull Sharks, for which they were paid a fee £1.25 million by Super League Europe. The Association of Premiership Clubs blocked attempts for the newly merged company to enter a separate Hull-based team in the Northern Ford Premiership [1] and so the new club would be called 'Hull FC' and play all their home games in Hull itself. The 'merger' has since been accepted to be a simple takeover of Thunder by Hull F.C. to allow them to retain their Super League status.

Fans of the original Gateshead club who were opposed to the merger established Thunder Storm, a grassroots organization to keep the clubs separate. Although this ultimately proved to be unsuccessful, the degree of local fan support resulted in the formation of a new Gateshead Thunder club. The new Gateshead Thunder was accepted to play in the Northern Ford Premiership for the 2001 season.

The Illawarra Steelers are an Australian rugby league football club based in the city of Wollongong, New South Wales. The club competed in Australia's top-level rugby league competition from 1982, when they, along with the Canberra Raiders, were admitted into the then Sydney Rugby League premiership until 1998, when they merged with the St. George Dragons on 23 September 1998 to form a new joint venture team, the St. George Illawarra Dragons, before selling its remaining share in the club to WIN Corporation in 2018. Over those seventeen seasons the club received three wooden spoons, made the play-offs twice and had a total of three of its players selected to play for the Australia national rugby league team.

The Newcastle Thunder are a professional rugby league club based in Newcastle upon Tyne, England. They play in the Betfred Championship competition, the second tier of rugby league in the United Kingdom. They play their home matches at Kingston Park, also home to rugby union side Newcastle Falcons. The club was known as Gateshead Thunder until 2015. The Salford Red Devils are a professional rugby league club in Salford, Greater Manchester, England, who play in the Super League. Formed in 1873, they have won six Championships and one Challenge Cup. Their home ground since 2012 has been the AJ Bell Stadium in Barton-upon-Irwell, before which they played at the Willows in Weaste. Before 1995, the club was known simply as Salford, from 1995 to 1998 Salford Reds and from 1999 to 2013 Salford City Reds.

The Championship Cup,, and previously known as the National League Cup, was a rugby league football competition for clubs in the United Kingdom's Rugby League Championships. Although the French club Toulouse Olympique competed in the Championship from 2009 through 2011, they never participated in the cup until 2012 after they had left the Championship. The Cup's last season was 2013, after which it was replaced by the 1895 Cup.

Shaun McRae is a rugby league coach, who is a former director of rugby at Hull F.C. after a spell with the Salford City Reds. 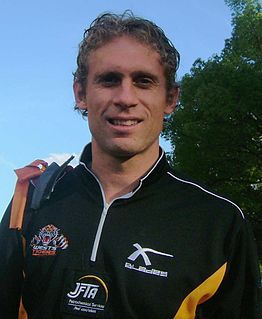 Brett Hodgson is an Australian rugby league coach who is the head coach of Hull FC in the Super League and a former professional player who played in the 1990s, 2000s and 2010s. 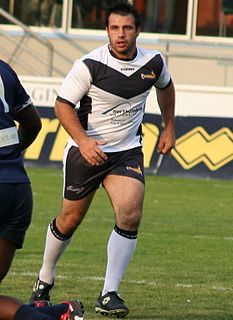 Paul Franze is a former professional rugby league and rugby union footballer. He played for the Cronulla-Sutherland Sharks and the Penrith Panthers in the NRL, and for the Castleford Tigers in the Super League, Gateshead Thunder in the Championship and Pia Donkeys in the Elite One Championship as well as a stint as a rugby union player for the London Irish in the Guinness Premiership. In both codes, Franze primarily played as a centre. 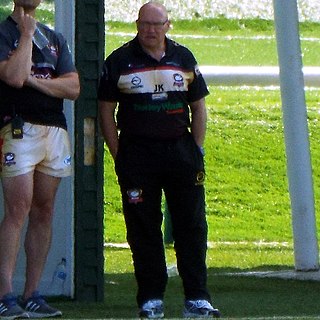 John Kear is an English rugby league coach who is the head coach of Bradford Bulls and the Wales national rugby league team and also works as a pundit for BBC Sport. He is a former professional rugby league footballer. He is best known as a coach for his Challenge Cup successes with Sheffield Eagles in 1998 and Hull in 2005, as well as his time coaching Wakefield Trinity in the late 2000s. As a player, he played on the Wing or in the Centre position for Castleford.

Bramley Buffaloes RLFC is a rugby league club from the Bramley area of West Leeds in West Yorkshire, England.

JJB Sports Super League IV was the official name for the year 1999's Super League championship season, the 105th season of top-level professional rugby league football in Britain, and the fourth championship run by the Super League. The start of Super League IV saw the emergence of a North East based Rugby League Club, Gateshead Thunder as well as newly promoted Wakefield Trinity Wildcats to expand the league to fourteen teams.

Danny Lee is an Australian former rugby league footballer. He played most of his football at prop and was a member of the Cronulla-Sutherland Sharks NRL team from 1988 to 1998. He also played a stint later in his career at Gateshead Thunder in England.

Matthew "Matt" Daylight is a former Scotland rugby league footballer who played on the wing. A speedy outside back, he played for five different clubs throughout his career in both Australia and England.

David Maiden is a former professional Scotland international rugby league footballer and coach played in the 1990s and 2000s. A lock or centre, he played for the North Queensland Cowboys, Gateshead Thunder and Hull F.C.. 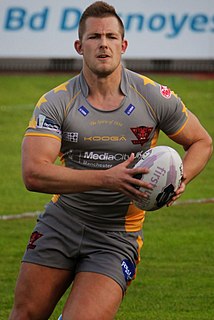 Greg Eden is an English professional rugby league footballer who plays as a winger or fullback for the Castleford Tigers in the Betfred Super League, and the England Knights at international level.

Andrew Hick is an Australian former rugby league footballer who played professionally in England and Australia.

Bramley RLFC was a rugby league club from the Bramley area of Leeds in West Yorkshire, England, that folded following the 1999 season. The club is a famous name in rugby league, having existed before the formation of the Northern Union in 1895. The traditional nickname for the club was 'the Villagers'.

Gateshead Thunder may refer to: