Girls' Dormitory is a 1936 American romance film directed by Irving Cummings based upon the 1934 play Mature by Ladislas Fodor, and adapted for the screen by Gene Markey.

Set in the fictional Montreaux School for Girls in Switzerland, the main focus of the film is Dr. Stephen Dominick, the school's popular director who is secretly admired by teacher Professor Anna Mathe and the 19-year-old French student Marie Claudel. At a state fair, the girls draw lots to see who gets to ask Dr. Dominick for a dance. Marie wins and nervously asks Dr. Dominick. Because he thinks it is inappropriate to dance with a student, he refuses, causing Marie to burst out in tears and run away. Thereby, she is late for the bus, returning to the boarding school.

A week later, Professor Augusta Wimmer, a strict, unlikable woman, goes through the personal belongings of her students and finds a discarded love letter. Dr. Dominick and Professor Mathe are assigned to find out who wrote the letter, and conclude Marie is responsible due to the handwriting. Upon confronting her, she denies having written the letter, fearing Dr. Dominick will find out about her crush on him. Some of the uptight, old-fashioned teachers, including Professor Wimmer, suspect that while she was gone at the fair, she visited the supposed boyfriend the letter was addressed to. Because the strict rules at the school include not being allowed to date, Marie risks being suspended two days before graduation.

In tears, Marie admits to Professor Mathe that she wrote the letter to Dr. Dominick. Anna doesn't tell Dr. Dominick this, but lets him know the girl is innocent. They both sympathise with her and try to prevent further punishment. But the other teachers persist with their persecution and insist that her mother is summoned.

Desperate, Marie decides to run away, into a storm. Dr Dominick pursues her, and manages to catch up with her at some remote mountain hut. There, he fetches blankets for her and as he sits by her, she confesses her feelings for him. He admits to returning them. The next day, back at school, he proposes marriage and she accepts.

Soon after graduation, Marie is about to be driven back home by her cousin Vallais from a nightclub where they were having a small celebration party, when she is suddenly visited by Dr. Dominick. He tells her he could never fall in love with Anna, after which they kiss.

The film was Simone Simon's first American film. The press praised her performance, with The Hollywood Reporter noting that "Hers is a performance unprecedented in Hollywood productions. Fresh, bright and alive, her face mirrors expressions with an ease that transcends acting". [2] Writing for The Spectator in 1936, Graham Greene gave the film a mild mixed review, describing it as "dewy" and "undoubtedly sexy", and ultimately concluding that "its concentrated atmosphere of young innocence defeats its own purpose". Greene praised the acting of Simon and Bromberg, and the directing generally. [3] 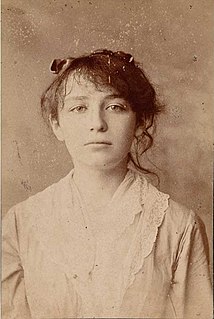 Camille Rosalie Claudel was a French sculptor known for her figurative works in bronze and marble. She died in relative obscurity, but later gained recognition for the originality and quality of her work. The subject of several biographies and films, Claudel is well known for her sculptures including The Waltz and The Mature Age.

Paul Claudel was a French poet, dramatist and diplomat, and the younger brother of the sculptor Camille Claudel. He was most famous for his verse dramas, which often convey his devout Catholicism. 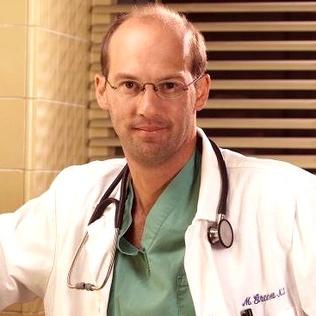 Mark Greene, M.D. is a fictional character from the American medical drama series ER, portrayed by actor Anthony Edwards. He first appears in the series' pilot episode, and subsequently appeared as one of the principal characters until the end of the eighth season. Edwards later returned to make a guest appearance in the fifteenth season episode "Heal Thyself". 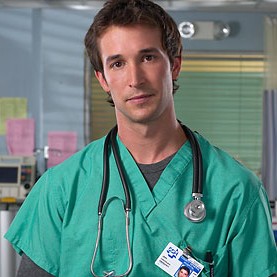 John Truman Carter III, M.D. is a fictional character from the NBC television series ER. He was portrayed by Noah Wyle and appeared as one of the series' principal characters from the pilot episode until the eleventh season finale. Carter's career path is one of the main story arcs of the series, beginning as a third-year medical student, becoming a resident, first in surgery and then in emergency medicine, before being promoted to an attending physician.

Simone Thérèse Fernande Simon was a French film actress who began her film career in 1931. 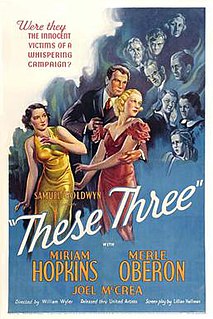 Joseph Edward Bromberg was a Hungarian-born American character actor in motion picture and stage productions dating mostly from the 1930s and 1940s. Knowledge of his past as a member of the Communist Party led to a defiant appearance before the House Un-American Activities Committee, shortly before his death. 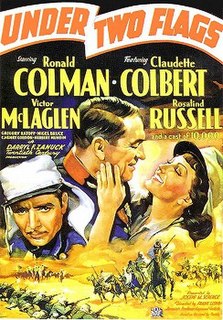 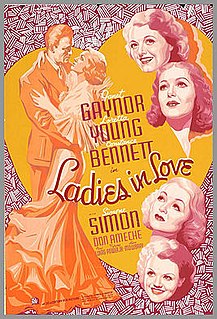 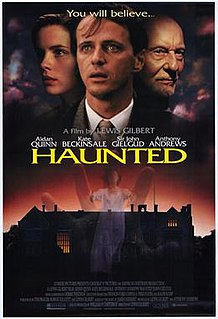 Haunted is a 1995 horror film, by veteran director Lewis Gilbert and starring Aidan Quinn, Kate Beckinsale, Anthony Andrews, Victoria Shalet and John Gielgud. It is based on a 1988 novel of the same name by James Herbert, but makes significant changes to the original story. The film was produced by Andrews and Gilbert. 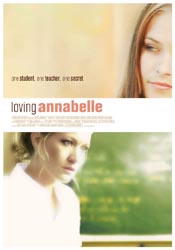 Loving Annabelle is a 2006 American romantic drama film written and directed by Katherine Brooks. Inspired by Mädchen in Uniform, it tells the story of a boarding school student who falls in love with her teacher.

Dominick and Eugene is a 1988 American drama film directed by Robert M. Young about twin brothers, Dominick and Eugene. Dominick has an intellectual disability due to an accident in his youth. The film stars Ray Liotta, Tom Hulce and Jamie Lee Curtis. 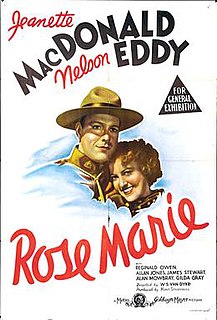 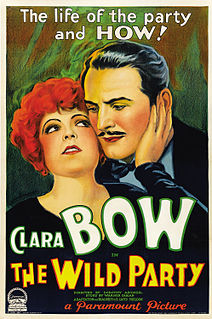 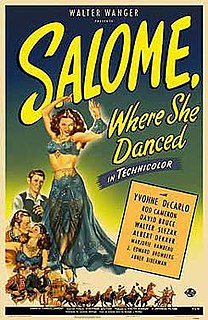 Salome, Where She Danced is a 1945 American Technicolor Western drama film directed by Charles Lamont and starring Yvonne De Carlo, Rod Cameron and Walter Slezak. The film follows the adventures of a dancer in nineteenth-century Europe and the United States. It is loosely based on the story of Lola Montez. Choreography by Lester Horton.

Ohm Shanthi Oshaana is a 2014 Indian Malayalam-language coming-of-age romantic comedy film co-written and directed by Jude Anthany Joseph. The story was conceived by Midhun Manuel Thomas and he wrote the screenplay along with the director. It stars Nazriya Nazim, Nivin Pauly and Vineeth Sreenivasan with Renji Panicker, Aju Varghese. Ohm Shanthi Oshaana was produced by Ananya Films and features music by Shaan Rahman. 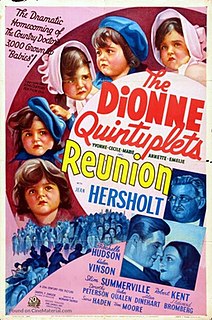 Reunion is a 1936 film produced by 20th Century Fox and directed by Norman Taurog.