Heidi Williams (born 1981) is the Charles R. Schwab Professor of Economics at Stanford University [2] and a member of the National Bureau of Economic Research. She is a graduate of Dartmouth College, and earned her MSc in development economics from Oxford University and her PhD in Economics from Harvard University. Prior to Stanford, Williams was an associate professor at the Massachusetts Institute of Technology. [3]

Williams is an applied micro-economist who works on the causes and consequences of technological change in health care markets. Specifically, she studies economic and policy factors that affect medical innovation, and quantifies the impacts of "missing innovation" that could have been beneficial for human health and medicine. [4] She is most well known for her work on the Human Genome Project. In her dissertation research, Williams shows that intellectual property held by the company Celera on human genome sequences had negative consequences for the development of scientific research and genetic tests based on those genes. [5] In some other work, Williams and her co-authors show that pharmaceutical firms under-invest in research in early-stage cancer drugs because they take longer time to get to market, as compared to drugs for late-stage cancer. [4]

In 2015, Williams was made a MacArthur Fellow, a grant given yearly to 25 people around the world to continue work in their fields. [6] Her citation [7] for that award noted:

Heidi Williams is an economist unraveling the causes and consequences of innovation in health care markets. Williams combines finely grained empirical observations and custom-designed data collection methods to build entirely new datasets about technological changes in health care. In addition, her creative methods for determining causal inference, and keen understanding of regulatory law, biological science, and medical research, have allowed her to trace the interplay among institutions, market behavior, and public policy–relevant outcomes.

In June 2021, Williams was a co-recipient of the biennial ASHEcon Medal, an award from the American Society of Health Economists for researchers aged 40 and under who have made significant contributions to the field of health economics. [8] 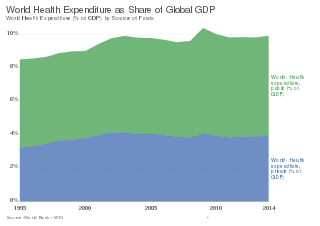 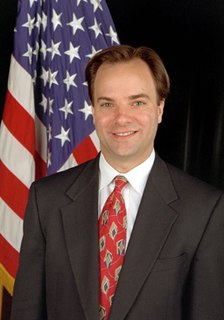 Mark Barr McClellan is the director of the Robert J Margolis Center for Health Policy and the Margolis Professor of Business, Medicine and Health Policy at Duke University. Formerly, he was a senior fellow and director of the Health Care Innovation and Value Initiative at the Engelberg Center for Health Care Reform at The Brookings Institution, in Washington, D.C. McClellan served as commissioner of the United States Food and Drug Administration under President George W. Bush from 2002 through 2004, and subsequently as administrator of the Centers for Medicare and Medicaid Services from 2004 through 2006.

Personalized medicine, also referred to as precision medicine, is a medical model that separates people into different groups—with medical decisions, practices, interventions and/or products being tailored to the individual patient based on their predicted response or risk of disease. The terms personalized medicine, precision medicine, stratified medicine and P4 medicine are used interchangeably to describe this concept though some authors and organisations use these expressions separately to indicate particular nuances. 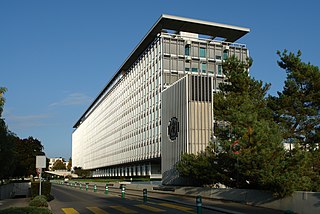 Health policy can be defined as the "decisions, plans, and actions that are undertaken to achieve specific healthcare goals within a society". According to the World Health Organization, an explicit health policy can achieve several things: it defines a vision for the future; it outlines priorities and the expected roles of different groups; and it builds consensus and informs people.

Joseph P. Newhouse is an American economist and the John D. MacArthur Professor of Health Policy and Management at Harvard University, as well as the Director of the Division of Health Policy Research and of the Interfaculty Initiative on Health Policy. At Harvard, he is a member of the four faculties at Harvard Kennedy School in Cambridge, Harvard Medical School in Boston, Harvard T.H. Chan School of Public Health in Boston, and Harvard Faculty of Arts and Sciences in Cambridge.

Darius Lakdawalla is an economist. He is the Quintiles Chair in Pharmaceutical Development and Regulatory Innovation at the School of Pharmacy at the Leonard D. Schaeffer Center for Health Policy and Economics at the University of Southern California and co-founder and Chief Scientific Officer of Precision Health Economics, a health care consulting firm. Dr. Lakdawalla also serves as the Executive Director of the "Innovation and Value Initiative" (IVI), a multi-stakeholder scientific initiative that aims to improve the way value is measured and rewarded in the healthcare marketplace. 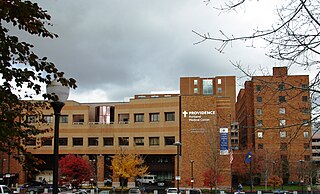 The Oregon health insurance experiment was a research study looking at the effects of the 2008 Medicaid expansion in the U.S. state of Oregon, which occurred based on lottery drawings from a waiting list and thus offered an opportunity to conduct a randomized experiment by comparing a control group of lottery losers to a treatment group of winners, who were eligible to apply for enrollment in the Medicaid expansion program after previously being uninsured.

Mark V. Pauly is an American economist whose work focuses on healthcare management and business economics. He is currently the Bendheim Professor in the Department of Health Care Management at the Wharton School of the University of Pennsylvania. Pauly is a former commissioner on the Physician Payment Review Commission, and has been a consultant to the Congressional Budget Office, the Office of the Secretary of the U.S. Department of Health and Human Services, the American Enterprise Institute, and served on the Medicare Technical Advisory Panel. He is also the Co-Editor-in-Chief of the Springer journal International Journal of Health Care Finance and Economics, and was formerly the Robert D. Eilers Professor from 1984 to 1989.

Louis Preston Garrison Jr. is an American health economist who has made significant contributions to pharmacoeconomics, pharmacogenomics and personalized medicine, regulatory benefit-risk analysis, insurance, pricing, reimbursement and risk-sharing agreements. He also made numerous contributions on the economic evaluation of pharmaceuticals, diagnostics, devices, surgical procedures, and vaccines, particularly as related to organ transplantation, influenza, measles, obesity, and cancer. Garrison has published over a hundred manuscripts in peer-reviewed journals and contributed to several book chapters.

Joseph J. Doyle Jr. is a U.S. American economist and the Erwin H. Schell Professor of Management at the MIT Sloan School of Management. His research focuses on the public economics of healthcare and child welfare. He currently serves as co-director of the MIT Sloan Initiative for Health Systems Innovation and as co-chair of the Health Sector of the Abdul Latif Jameel Poverty Action Lab (J-PAL).

Anna Aizer is a labor and health economist, who currently serves as Professor of Economics and Faculty Associate at the Population Studies and Training Center at Brown University. Her research focuses on child health and well-being, in particular the effect of societal factors and social issues on children's health.

Adriana Lleras-Muney is a Colombian-American economist. She is currently an Economics professor at the Department of Economics at UCLA. She was appointed as Associate Editor for the Journal of Health Economics in 2014 until today and is also one of the six elected members of the AEA Executive committee in 2018. Her research and study fields examins factors of socio-economic status and health with a particular focus on education, income, and economic development. In 2017, she was the recipient for the Presidential Early Career Awards for Scientists and Engineers (PECASE) by President Obama.

Petra Persson is a Swedish economist and Assistant Professor in Economics at Stanford University. Persson is best known for her work in Public and Labour Economics where her research focuses on the interactions between family decisions and the policy environment. Specifically, Persson's research agenda is centered on studying government policy, family wellbeing, and informal institutions.

Helmy Eltoukhy is an American scientist and entrepreneur, best known for his contributions to genomics, semiconductor DNA sequencing, and personalized medicine. The co-founder of startups Avantome and Guardant Health, Eltoukhy was named to Time Magazine’s inaugural 50 Most Influential People in Healthcare (2018) and Fortune’s 40 under 40 (2017). Acquired by Illumina in 2008, Avantome was founded to develop and commercialize semiconductor-based DNA sequencing, during the race for the $1,000 genome. Guardant Health was founded to pioneer non-invasive liquid biopsy approaches for cancer diagnosis, monitoring, personalized medicine treatment, and research. 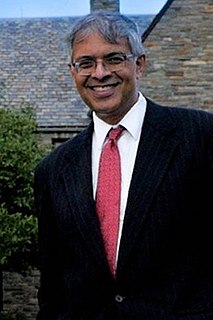 Jayanta "Jay" Bhattacharya is a professor of medicine at Stanford University and a research associate at the National Bureau of Economic Research. He directs Stanford's Center for Demography and Economics of Health and Aging.