He was the second and next surviving son of Philip Stanhope, 1st Earl of Chesterfield and his first wife Catherine Hastings, daughter of Francis Hastings, Lord Hastings, oldest son of George Hastings, 4th Earl of Huntingdon. [2] Amongst his younger brothers were Ferdinando Stanhope and Arthur Stanhope, while his nephew was James Stanhope, 1st Earl Stanhope. [2] He entered the English House of Commons in 1625, sitting for Nottinghamshire in the following two parliaments until 1626. [1] In the third parliament of 1628, he represented East Retford until the next year. [3] At the coronation of King Charles I of England in 1625, he was made a Knight of the Order of the Bath. [4]

On 4 December 1628, he married Katherine Wotton, daughter of Thomas Wotton, 2nd Baron Wotton in Boughton Malherbe in Kent. [5] They had two daughters and two sons. The first son, Wotton, died in infancy and the second, Philip, succeeded his grandfather as earl. [2] Stanhope died intestate in St Martin-in-the-Fields, London and was buried in Boughton Malherbe three days later. [6] Having been governess of Mary, Princess Royal and Princess of Orange and having supplied the royal troops with money and weapons during the English Civil War, his wife was created Countess of Chesterfield for life by King Charles II of England after the English Restoration. [1] 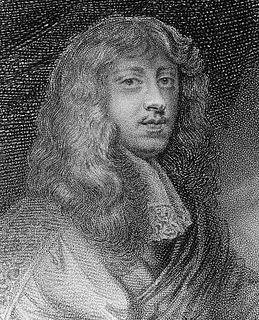 Boughton Malherbe is a village and civil parish in the Maidstone district of Kent, England equidistant between Maidstone and Ashford. According to the 2001 census the parish had a population of 428, including Sandway and Grafty Green, increasing to 476 at the 2011 Census.

Ferdinando Stanhope was an English politician who sat in the House of Commons from 1640 to 1643. He died fighting for the Royalist army during the English Civil War.

Arthur Stanhope was an English politician who sat in the House of Commons between 1660 and 1679. 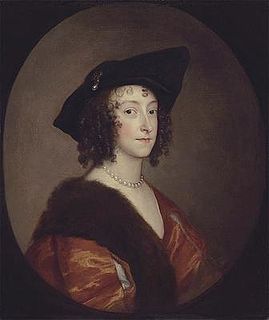 Katherine Stanhope, Countess of Chesterfield (1609–1667) was the governess and confidante of Mary, Princess Royal and Princess of Orange, and was the first woman to hold the office of Postmaster General of England.

Elizabeth Butler, Duchess of Ormond was an Irish noblewoman who brought her husband, James Butler, 1st Duke of Ormond, the Ormond lands that she inherited through her mother from her grandfather, Black Tom, the 10th Earl of Ormond.