Gayle began his career with Liverpool and made the headlines after becoming the first black player to play for the Anfield side. After loan spells with Fulham and Newcastle United he joined Birmingham City in search of regular first team football. He then played for Sunderland and had a short spell in the United States playing indoor football with the Dallas Sidekicks. He returned to England and played for Stoke City, Blackburn Rovers and ended his career with Halifax Town.

Gayle was born in Toxteth and joined the youth ranks at local side Liverpool in 1974. He signed a professional contract with the club in 1977 becoming the first black player to play for Liverpool which was seen as a 'victory' for the black community in Liverpool as Gayle explains.

"It was constantly in the press that I was the first black player to play for Liverpool. It was a landmark as far as black people were concerned, and I was proud to represent the black community of Liverpool"

— Gayle on his important landmark. [3]

His finest hour for Liverpool came in the 1980–81 European Cup semi-final second leg away at Bayern Munich, and he was rewarded with a winners medal at the end of that season, as a non-playing substitute in the final. After loan spells at Fulham and Newcastle United he left Anfield after making just five appearances. In his 2016 autobiography, he alleged that veteran Liverpool teammate Tommy Smith was frequently racist towards him. [4]

Gayle joined Birmingham City where he played in the 1982–83 season scoring once against West Ham and then he hit 10 in 45 during the 1983–84 campaign. Gayle then signed for Len Ashurst's Sunderland where he became a popular player playing in two seasons before moving to the United States to play for Dallas Sidekicks in the Major Indoor Soccer League. [1] He returned to England in April 1987 to play for Stoke City playing six matches at the end of the 1986–87 season scoring twice in a 3–2 defeat against Bradford City. [1]

He then spent five years at Blackburn Rovers, signing for them in 1987 and being a regular striker in their quest for top flight football. However, by the time Blackburn were promoted in 1992 (to the newly created Premier League), Gayle had been left behind in the pecking order by expensively signed new players like Mike Newell and David Speedie, and with the arrival of national record signing Alan Shearer that summer, it was clear that Blackburn manager Kenny Dalglish felt that Gayle was surplus to requirements at Ewood Park.

Gayle joined Halifax Town in the newly renamed Division Three but managed just five league appearances as they were relegated to the Football Conference. After leaving Halifax he had a brief trial at Carlisle United, before retiring from football.

As an overage player, he helped England win the 1984 UEFA European Under-21 Football Championship, in which he scored a goal in the final against Spain.

In August 2016, it was reported that Gayle had turned down a nomination for an MBE for his work with "Show Racism the Red Card", saying it would be "a betrayal to all of the Africans who have lost their lives, or who have suffered as a result of Empire." [5]

He released his autobiography in October 2016 titled 61 Minutes In Munich. [6]

Daniel Ben Murphy is an English former professional footballer who played as a central midfielder.

The 2008–09 Everton F.C. season was Everton's 17th season in the Premier League, and their 55th consecutive season in the top division of English football. The club's kit was provided by Umbro, and the sponsor was Chang beer.

The 2009–10 season was Aston Villa's 135th professional season; their 99th season in the top-flight and their 22nd consecutive season in the top flight of English football, the Premier League. They were managed by Martin O'Neill – in his fourth season since replacing David O'Leary. The 2009–10 season was Villa's second consecutive spell in European competition for the club, and the first in the newly formatted UEFA Europa League.

Blackburn Rovers F.C. finished in the top half of the Premier League for the third successive season, this time ending up in 7th place, ultimately not enough for European qualification. Manager Mark Hughes departed for Manchester City at the end of the season, while successful winger David Bentley was sold to Tottenham Hotspur for a club record fee. Striker Roque Santa Cruz, a summer signing from Bayern Munich, had the season of his life, scoring 19 league goals, making up for Benni McCarthy's loss of form. Despite interest for richer clubs, Santa Cruz stayed on for another season. 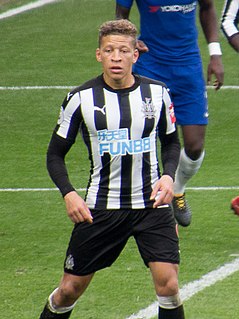