I Want You is a 1951 film directed by Mark Robson taking place in America during the Korean War. [2] Gordon E. Sawyer was nominated for the Academy Award for Best Sound. [3] [4] [5]

In the "early summer of 1950", Martin Greer is the engineer for a small construction company, Greer and Sons, working with his father. An Army combat engineer for four years during World War II, he and wife Nancy have two young children. Employee George Kress asks Martin to write a letter to the Selective Service System stating that his son, George Jr., is "indispensable" for their company and thus exempt from the draft. Martin reluctantly refuses, and George Jr. joins the Army at the beginning of the Korean War.

Martin's younger brother Jack is in love with college student Carrie Turner, daughter of a judge who is on the local draft board. Despite a trick knee that got him deferred once before, he is drafted. Jack suspects that her father, who feels his daughter can do better, is the reason. Jack and Martin's mother, who lost a son during the last war, asks Martin to write an "indispensable" letter for his brother; he seriously considers it, but does not do so, and Nancy criticizes Jack for his reluctance to serve. Jack joins the Army, where he briefly sees George Jr. before the latter goes to Korea.

Something bad happens to George Jr. (though it is not made clear whether he is dead, badly wounded or missing in action), and his father drunkenly blames Martin. Harvey Landrum, Martin's commander in World War II, reenlists and asks Martin to join him, as engineers who know how to build airstrips are scarce. Eligible for exemptions, he initially declines, then agrees, over his wife's objections. Jack and Carrie marry during a furlough before he also goes overseas.

Leonard Maltin gives the film three out of four stars, describing it as “Dated yet still touching Americana detailing effects of the Korean War on a small-town family. An artifact of its era, with fine performances all around. “ [6]

At the time of its release, Bosley Crowther of The New York Times wrote: “All in all the running crisis of the "cold war" has been absorbed in the cotton padding of sentiment. A straight recruiting poster would be more convincing and pack more dramatic appeal.” [7]

Shane is a 1953 American Western film from Paramount Pictures, noted for its landscape cinematography, editing, performances, and contributions to the genre. The picture was produced and directed by George Stevens from a screenplay by A. B. Guthrie Jr., based on the 1949 novel of the same name by Jack Schaefer. Its Oscar-winning cinematography was by Loyal Griggs. Shane stars Alan Ladd and Jean Arthur in the last feature film of her career. The film also stars Van Heflin and features Brandon deWilde, Walter Jack Palance, Emile Meyer, Elisha Cook Jr., and Ben Johnson. 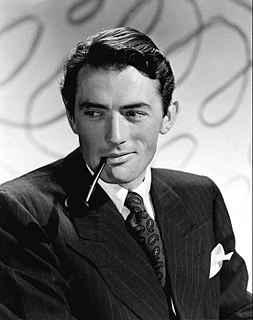 Eldred Gregory Peck was an American actor. He was one of the most popular film stars from the 1940s to the 1960s. In 1999, the American Film Institute named Peck among 25 Greatest Male Stars of Classic Hollywood Cinema, ranking him at No. 12.

The Bridges at Toko-Ri is a 1954 American war film about the Korean War and stars William Holden, Grace Kelly, Fredric March, Mickey Rooney, and Robert Strauss. The film, which was directed by Mark Robson, was produced by Paramount Pictures. Dennis Weaver and Earl Holliman make early screen appearances in the motion picture. 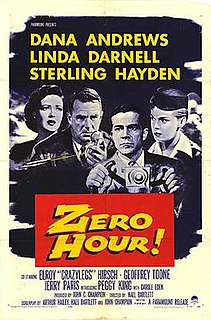 Pepe is a 1960 American musical comedy film starring Cantinflas in the title role, directed by George Sidney. The film contained a multitude of cameo appearances, attempting to replicate the success of Cantiflas' American debut Around the World in 80 Days. 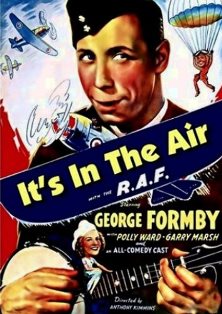 It’s in the Air is a 1938 British comedy film written and directed by Anthony Kimmins and starring George Formby, Polly Ward and Jack Hobbs. The film was released in the United States with the alternative title George Takes the Air in 1940. The film depicts Great Britain's preparations for war with Air Raid Warden training, mock air attacks dropping poison gas bombs, and the deployment of anti-aircraft weapons in the streets. 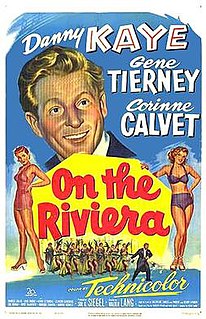 George Washington Slept Here is a 1942 comedy film starring Jack Benny, Ann Sheridan, Charles Coburn, Percy Kilbride, and Hattie McDaniel. It was based on the 1940 play of the same name by Moss Hart and George S. Kaufman, adapted by Everett Freeman, and was directed by William Keighley.

The Old Man and the Sea is a 1958 American adventure drama film directed by John Sturges, who replaced the original, uncredited director Fred Zinnemann. The screenplay by Peter Viertel was based on the 1952 novel of the same name by Ernest Hemingway. The film stars Spencer Tracy.

Men Against the Sky is a 1940 drama directed by Leslie Goodwins and starring Richard Dix, Kent Taylor, Edmund Lowe and Wendy Barrie. Based on a story by John Twist, with a screenplay by novelist Nathanael West, the film is about aircraft development and the dangers of flying in the period before World War II.

High Barbaree is a 1947 American drama war film directed by Jack Conway. It stars Van Johnson and June Allyson, in the third of their six screen pairings. The screenplay based on the novel High Barbaree (1945) by authors Charles Nordhoff and James Norman Hall. The real-life drama of the Consolidated PBY Catalina aircraft in the Pacific theater was merged into a search for a mystical "High Barbaree". 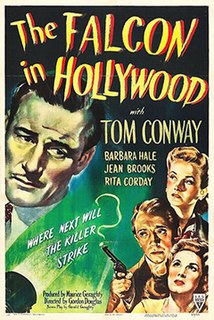 The Falcon in Hollywood is a 1944 crime film directed by Gordon Douglas and stars Tom Conway in his recurring role as a suave amateur sleuth, supported by Barbara Hale and Veda Ann Borg. The film was the 10th of 16 in Falcon detective series.