Last updated January 25, 2020
Investigative official in a civil or military organization
This article is about the administrative office. For the Russian play by Nikolai Gogol, see The Government Inspector. For the Danny Kaye film, see The Inspector General (1949 film).

An inspector general is an investigative official in a civil or military organization. The plural of the term is "inspectors general".

Main article: Office of the Inspector General of Colombia

Colombia's inspector general is a unique post with broad powers to investigate government malfeasance and to bar public officials from running for office. [1]

In the French Civil Service, an inspector general (inspecteur général) is a member of a body of civil servants known as inspection générale, generally of a high level, charged with a nationwide mission to inspect some specific services and provide government officials with advice regarding that service. For example:

The inspection générale des Finances is particularly prestigious as a job appointment after studies at the École Nationale d'Administration . In recent decades, many of its members have occupied various high positions in lieu of their traditional mission of inspection. The corps has come under increased criticism for this.

Since the reestablishment of the German armed forces after World War II, the inspector general of the federal armed forces (Generalinspekteur der Bundeswehr) is the highest-ranking soldier, responsible for the overall military planning and the principal military advisor to the federal minister of defense and the federal government. Head of the Command Staff of the Armed Forces (Führungsstab der Streitkräfte), his position is broadly equivalent to that of the American chairman of the Joint Chiefs of Staff.[ citation needed ]

In the German federal police (Bundespolizei), the highest-ranking police officer is called inspector of the federal police as well, although this position is a more coordinating than commanding one. For all state alert police services there also exists an inspector (Inspekteur der Bereitschaftspolizeien der Länder). All of the sixteen German state police departements has an inspector, as the highest-ranking police officer. The state police presidents are normally not police officers, they are administration officials. The competence for police services in Germany is assigned to the federal states of Germany. The federal police is a coordinating police département with only a few competences, e.g. in border control or airport and trial security.

In the scope of responsibility of the state police departments the federal police can only act with permission or request of the local state police.

During the British rule in India, in 1861, the British Government introduced the Indian Councils Act 1861. [2] The act created a new cadre of police, called Superior Police Services, later known as the Indian Imperial Police. [2] The highest rank in the service was the Inspector General. [2]

The army's inspector general (generalinspektøren for hæren—GIH) is the immediate superior of the commanding officer of special forces FSK. [3]

The office of General Inspector of the Armed Forces existed in the Second Polish Republic and was held by, among others, Józef Piłsudski.

In 1998 the previous inspector generals was abolished and the commanders of the major branches (army, air force and navy) was renamed "inspector general", renamed again to "branch inspector" in 2003 to resume the title commander in 2014.

In the British tradition, an inspector general is usually a senior military officer responsible for the inspection of military units to ensure that they meet appropriate standards of training and efficiency. Unlike American inspectors general, they do not usually have an investigative or law enforcement function.

For many years the Royal Air Force maintained a post of inspector general.

The commanding officers of the Royal Irish Constabulary (and later of the Royal Ulster Constabulary until replaced by chief constable) and many Commonwealth police forces also bore the title of inspector general of police and it is still used in India and some other former British territories.

The inspector general is also the name given to the chief executive officer of the Insolvency Service.

Inspector and variants of it are rank titles of officers in the police of Britain and most Commonwealth countries.

In the United States, an inspector general leads an organization charged with examining the actions of a government agency, military organization, or military contractor as a general auditor of their operations to ensure they are operating in compliance with generally established policies of the government, to audit the effectiveness of security procedures, or to discover the possibility of misconduct, waste, fraud, theft, or certain types of criminal activity by individuals or groups related to the agency's operation, usually involving some misuse of the organization's funds or credit. In the United States, there are numerous offices of inspector general at the federal, state, and local levels; [4] the Office of the Inspector General of the United States Army is a military example.

In the Vatican City State, the inspector general is the commanding officer of the state police force, the Corps of Gendarmerie of Vatican City. He is also the chief bodyguard for the pope, and accompanies the pontiff when he visits foreign countries. 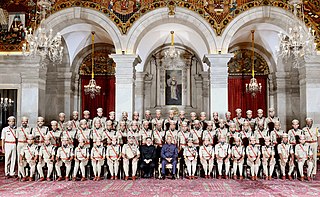 Lists of the ranks of various police agencies and forces all around the world:

Commandant-general is a military rank in several countries and is generally equivalent to that of commandant. 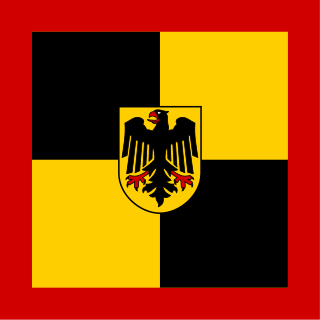 The Inspector General of the Bundeswehr, officially translated as Chief of Defence, is the highest-ranking military post held by a commissioned officer in the Bundeswehr, the present-day armed forces of Germany.

The Ministry of National Defence is one of the fifteen ministries of the Government of Romania. 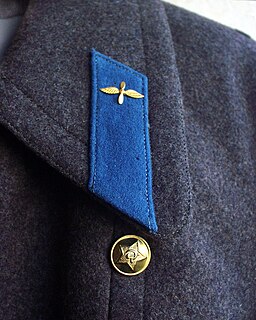 Gorget patches are an insignia, paired patches of cloth or metal on the collar (gorget) of the uniform, that is used in the military and civil service in some countries. Collar tabs sign the military rank, the rank of civil service, the military unit, the office (department) or the branch of the armed forces and the arm of service. 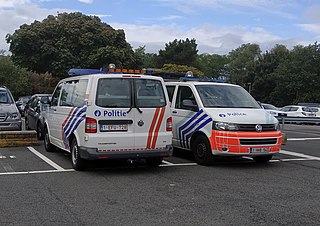 Law enforcement in Belgium is conducted by an integrated police service structured on the federal and local levels, made up of the Federal Police and the Local Police. Both forces are autonomous and subordinate to different authorities, but linked in regard to reciprocal support, recruitment, manpower mobility and common training.

The following is a list of military appointments and ranks of the Myanmar Army. As a former British colonial territory, its ranks follow those of the British Army.

This article tackles the ranks and insignia of the Armed Forces of the Islamic Republic of Iran, which is divided into three forces: