Last updated July 07, 2021
This article is about the men's team. For the women's team, see Japan women's national handball team.

The European Women's Handball Championship is the official competition for senior women's national handball teams of Europe, and takes place every two years. In addition to crowning the European champions, the tournament also serves as a qualifying tournament for the Olympic Games and World Championship. As of December 2018, the only teams that have ever won the championship are Norway, Denmark, Hungary, Montenegro and France.

The (Japanese women's national ice hockey team represents Japan at the International Ice Hockey Federation's Women's World Championships, the Winter Olympics, and at other international ice hockey tournaments. The women's national team is governed by the Japan Ice Hockey Federation. Japan had 2,587 registered female players in 2017 and 1,439 as of 2020.

The South Korea women's national handball team is the national team of South Korea. Since 1984 the Korean team has not only participated constantly in Olympic Games but also ranked among the top four nations every time. Korea grabbed the gold medal in 1988 and 1992, won the silver medal in 1984, 1996, 2004 and took bronze medal in 2008. They have earned two World Championship medals so far: In 1995, they also won the World Championship title in Austria/Hungary 1995 World Women's Handball Championship, they came off third to secure the bronze medal at the Croatia in 2003 World Women's Handball Championship. It is a twelve time Asian Champion, the tournament has been won by any other nation only twice.

The Chile national handball team is controlled by the Chilean Handball Federation, and takes part in international team handball competitions. It is affiliated to the IHF and the PATHF.

2017 in sports describes the year's events in world sport.

The IHF World Women's Handball Championship has been organized by the International Handball Federation since 1957. European teams have won every time except 1995 where South Korea won as the first team outside Europe and 2013 where Brazil won as the first American team. The biggest winner is Russia with four titles. 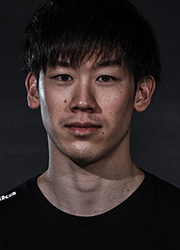 Yūki Ishikawa is a Japanese male professional volleyball player from Okazaki City, Aichi, Prefecture. As of April 2021, Ishikawa is the captain of the Japan Men's National Volleyball Team, and plays as one of its outside hitters. He currently plays in the Italian Volleyball League for the club, Power Volley Milano.

The qualification for the 2020 Women's Olympic Handball Tournament assigned quota places to twelve teams: the hosts, the World champion, four continental champions and six teams from the World Olympic qualification tournaments respectively. The 2020 Olympics was postponed to 2021 due to the COVID-19 pandemic.

This article displays the squads for the 2021 World Men's Handball Championship. Each team consists of up to 20 players.