Davidson managed the Irish national rugby union team from 1987 until 1990. Davidson made his Ireland debut against France at Lansdowne Road on 25 January 1969 and went on to win six caps for Ireland, his last in 1976. He took over as coach of the Ulster in 1983 and guided them to three inter-provincial titles before succeeding Mick Doyle as Ireland coach in 1987. [1] Davidson led Ireland to five victories during his three year stint with the national side. [1] He died in 2007 of cancer. [2]

Neil Jenkins, is a Welsh former rugby union player and current coach. He played fly-half, centre, or full back for Pontypridd, Cardiff, Celtic Warriors, Wales and the British and Irish Lions. Jenkins is Wales' highest ever points-scorer and is the third highest on the List of leading rugby union test point scorers. He was the first player to score 1,000 points in international matches.

Quinton James Cowan is a New Zealand rugby union footballer. He first played for the All Blacks – New Zealand's national team – during the 2004 tour to the United Kingdom and France, and played his last Test match for the side during the 2011 Rugby World Cup. Cowan was born in Gore and attended Gore High School. After he left school a strong season for the Mataura Rugby Club saw him selected to play provincially for the Southland Stags in 2000. He was selected for the Highlanders in the 2003 Super 12 season, and continued to play for both the Highlanders and Southland until signing for Gloucester in 2012.

Jeremy Davidson is a rugby union former player who currently works as a coach. 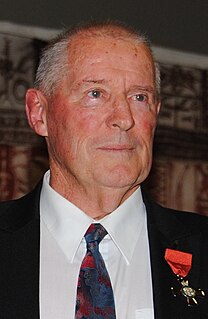 Peter Robert Tyler Thorburn was a New Zealand rugby union player and coach. He played his entire career as a flanker for Auckland from 1965 to 1970. He became a coach after his playing career came to an end, coaching domestically at first for North Harbour and the New Zealand national rugby sevens team. He later coached in England with Bristol Rugby from 2001 to 2003, before becoming interim head coach of the United States national rugby union team and guiding the side to the 2007 Rugby World Cup. He was also a selector for the All Blacks.

Gary Halpin was an Irish rugby union international player. He played as a prop for Wanderers F.C., Leinster, London Irish, Harlequins and the Irish national rugby union team. He was noted for scoring a try against New Zealand at the 1995 Rugby World Cup and celebrating with an obscene gesture directed at the All Blacks.