Kajuh was born in the town of Šoštanj [1] in Slovenian Styria as the eldest child of Jože Destovnik and Marija Vasle. The sobriquet Kajuh comes from his grandfather's birthplace in Skorno near Šmartno ob Paki.

After finishing primary school in 1933, he enrolled in the Celje First Grammar School. In 1934 he became a member of the Young Communist League of Yugoslavia. He was expelled from school because of "participation in the dissemination of communist ideas," as was stated in the official explanation. He continued his schooling in Maribor.

Kajuh started writing poems before World War II. He began publishing his poems in the literary magazine for youth Slovenska mladina (Slovene Youth), edited by his friend Dušan Pirjevec. Some of his best poems from this period with social, political, and love themes were published in this journal: "Otrok slovenski" (Slovene Child), "Slutnja" (Premonition), "Norec" (Madman), "Pesem delavca o svoji ljubici" (A Worker's Poem on His Beloved), "Vseh mrtvih dan" (Day of All the Dead), "Otrokovo pismo Jezuščku" (A Child's Letter to Jesus), "Novoletni sonet" (A New Year's Sonnet), "Kmečki otrok vprašuje" (The Question of the Peasant's Child), "Moj stric" (My Uncle), and so on. Kajuh was also a prolific translator. Especially noteworthy are his translations from Czech, particularly of the authors Jiří Wolker, František Halas, Ivan Olbracht, and Jaroslav Seifert.

He was arrested by the Yugoslav authorities at the end of January 1941 and sent to prison in Ivanjica, Serbia, [1] where he remained until mid-February. On 6 April 1941, the first day of the Axis invasion of Yugoslavia Kajuh volunteered for the Yugoslav Army to defend his country. On April 28 of the same year, after the Nazi German occupation of northern Slovenia, he was arrested by the Gestapo and imprisoned in Slovenj Gradec. He was released in May and he hid in the Savinja Valley before escaping to Ljubljana, where he joined the Slovene resistance forces. [1]

His revolutionary and simple love poetry was very popular among Slovene partisans. He used his poetic talent in order to mobilize people into fighting against the occupying forces and inspiring them hope of a return to freedom. The first comprehensive collection of his poems was published in 1945 in Ljubljana, edited by Mile Klopčič.

Kajuh was in touch with his contemporary Slovene literary scene. He maintained contacts with renowned authors such as Tone Seliškar, Matej Bor, and Prežihov Voranc. He also met with Oton Župančič who was considered at the time to be the most important poet writing in Slovene. Although the details of their meetings remain unknown, the young poet apparently left a huge impression on Župančič, who stated his enthusiasm for Kajuh's work.

After joining the Partisans, Kajuh became the leader of the cultural section in his military unit, the XIVth Slovene Partisan Division. On 6 January 1944, the division left the region of White Carniola in the Province of Ljubljana where it was stationed in order to reach Lower Styria through the Croatian soil. They reached their final destination on 6 February of the same year, facing a massive German offensive and a bitterly cold winter. The cultural section of the unit was based in a house in the small locality of Žlebnik. The house was attacked by a German patrol and Kajuh was one of the first to be killed.

Up to these days, both Kajuh as a person and his poetry are considered one of the most important symbols of the Slovene Partisan movement during World War II. A primary school in Ljubljana and the Kajuh Literary Prize are named after him, as are several streets and squares throughout Slovenia. In Celje, an entire town district is named after him. Together with Matej Bor and Edvard Kocbek, Kajuh is regarded as one of the most important poets of the Second World War in the Slovene lands.

Igo Gruden was a Slovene poet and translator. 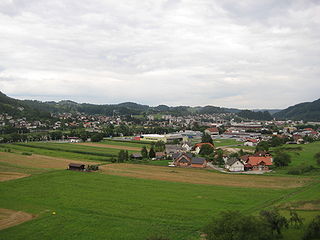 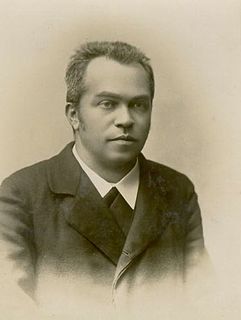 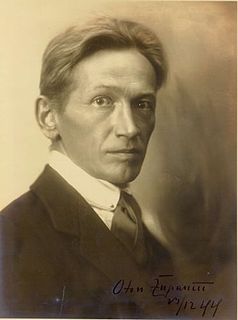 The Celje First Grammar School is a coeducational nondenominational state secondary general education school for students aged between 15 and 19 in Celje, Slovenia. It was the first high school built in the region, established in 1808 by the Austrian Empire. Initially, the language of instruction was only German, although the great majority of the pupils came from the Slovene Lands. In 1895, the first classes with Slovene as the language of instruction were established. German nationalists in Austria-Hungary fiercely opposed this move, which resulted in a government crisis and fall of the cabinet of prince Alfred III. zu Windisch-Grätz. After the end of World War I and the formation of the State of Slovenes, Croats and Serbs, the high school switched to Slovene as the language of instruction. During its 200-year history, many of its pupils have become prominent individuals. 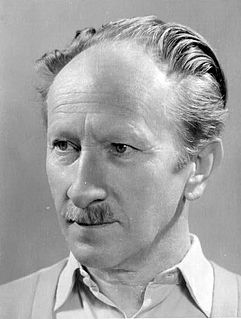 Dragotin Kette was a Slovene Impressionist and Neo-Romantic poet. Together with Josip Murn, Ivan Cankar, and Oton Župančič, he is considered the founder of modernism in Slovene literature. 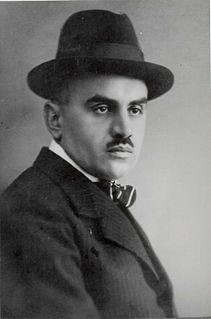 Alojz Gradnik was a Slovenian poet and translator. 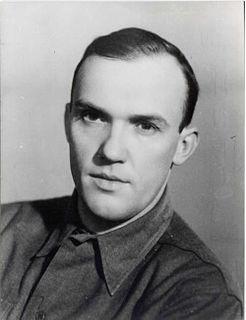 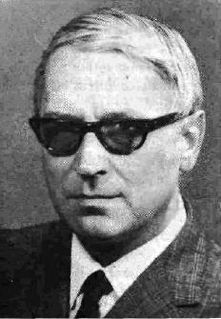 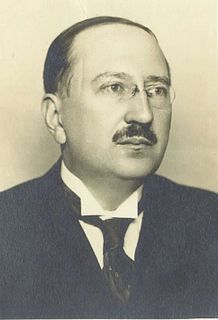 Ivo Brnčić or Brnčič was a Yugoslav author, essayist and literary critic of Croat origin, particularly notable for his assessment of interwar Slovene literature. Most of his works were published posthumously.

Šentvid pri Zavodnju is a dispersed settlement in the Municipality of Šoštanj in northern Slovenia. It lies in the Mozirje Hills northwest of the town of Šoštanj. The area is part of the traditional region of Styria. The entire municipality is now included in the Savinja Statistical Region.

The Slovene Writers' Association is a non-profit association of Slovene writers based in Ljubljana.

Emil Cesar was a Slovenian literary historian, editor, and a former professor at the University of Ljubljana. 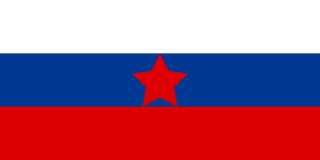