Kay Adshead (born 10 May 1954) is a poet, playwright, theatremaker, actress and producer.

Adshead was born in Cheetham Hill, Manchester, moving to Stretford where she was educated at Stretford Girls’ Grammar. She was a child actress with the Stretford Children’s Theatre. She trained as an actress at RADA, where she won the Emile Littler award for outstanding talent and the Bryan Mosley award for individual skill in stage-fighting. She graduated in 1975. [1]

She has played leading roles in film and TV, including Cathy in the BBC classic series Wuthering Heights, Beryl Stapleton in Hound of The Baskervilles, Linda in Mike Leigh’s BBC TV film Kiss of Death, and Sue McKenna in the Film on Four Acceptable Levels [2] .

Theatre performances include Moll Gromer in Thee and Me [3] and Muriel in Harlequinade at the Royal National Theatre. [4] She was Betty in Touched [5] and sang the role of Clara Twain in White Suit Blues at The Old Vic, both directed by Sir Richard Eyre. [6] She was Constanze in the nationwide tour of Amadeus with Keith Michell for Triumph Apollo Productions. [7] She played Eve, Zoo, Savvy and Newly-Born in Cambridge Theatre Company’s production of Back To Methusalah culminating at the Shaw Theatre. She was Tanzi in Trafford Tanzi at the Mermaid Theatre, learning to wrestle for the role, and Liz in Juicy Bits in the main house at the Lyric Hammersmith.

In the 1980s and 1990s, Kay Adshead appeared in lead roles in fringe and experimental theatre productions and had several guest appearances in television programmes including The Bill , Dick Turpin, Victoria Wood As Seen on TV , Over To Pam , an episode of Victoria Wood's sitcom dinnerladies , A Bit of Fry and Laurie, an early episode of One Foot in the Grave , Mother’s Ruin, and Family Affairs .

She has also played leading roles in regional and repertory companies, including playing Viola in Twelfth Night at Nottingham Playhouse, with Tim Piggott-Smith as Orsino and Anthony Sher as Malvolio. She was Sissy in People Are Living There with Margaret Tyzack at The Royal Exchange Manchester, Diaphanta in The Changeling, and Avril in Semi-Detached at the Bristol Old Vic with Pete Postlethwaite. She was Judith in Herod at The Sheffield Crucible, Josie in Steaming at the Harrogate Theatre, singing the role of Mrs Johnson in Blood Brothers at The Swan Theatre, Worcester, and Gila in Not Quite Jerusalem at the Liverpool Playhouse.

Adshead has directed plays including On the Verge by Eric Overmyer at The Man in The Moon, The Possibilities by Howard Barker, Fen by Caryl Churchill and Entertaining Strangers by David Edgar, all at The Lyric Hammersmith Studio. She has written and directed Bones at The Bush, [8] The Singing Stones at The Arcola [9] and Acts of Defiance at Theatre503. She devised and directed The Enquiry and The London Summer (two shorts) and If Anyone Recognises These Young People, all at the Roundhouse studio.

'night, Mother is a play by American playwright Marsha Norman. The play won the 1983 Pulitzer Prize for Drama and was nominated for the Tony Award for Best Play. 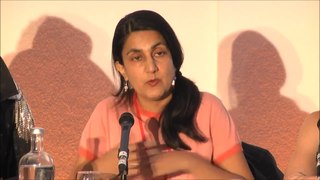 Chloë Moss is an English playwright.

The Bush Theatre is located in the Passmore Edwards Public Library, Shepherd's Bush, in the London Borough of Hammersmith and Fulham. It was established in 1972 as a showcase for the work of new writers. The Bush Theatre strives to create a space which nurtures and develops new artists and their work. A seedbed for the best new playwrights, many of whom have gone on to become established names in the industry, the Bush Theatre has produced hundreds of premieres, many of them Bush Theatre commissions, and hosted guest productions by theatre companies and artists from across the world.

Dael Orlandersmith is an American actress, poet and playwright. She is known for her Obie Award-winning Beauty's Daughter and the 2002 Pulitzer Prize Finalist in Drama, Yellowman. 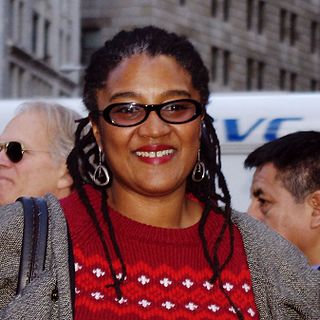 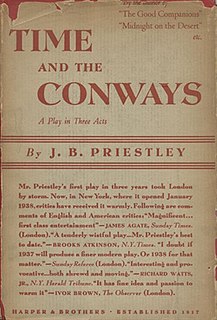 The Red Room Theatre Company is a theatre company based in London, United Kingdom. In the 1990s, it was an important venue for new play writing.

Lucy Ann Kirkwood is a British playwright and screenwriter. She is writer in residence at Clean Break. In June 2018 Kirkwood was elected Fellow of the Royal Society of Literature in its "40 Under 40" initiative.

Mary Josephine O'Malley is an English playwright of Irish-Lithuanian descent.

Jackie Sibblies Drury is an American playwright. A native of Plainfield, New Jersey, she is a graduate of Yale and Brown University MFA playwriting program, receiving the David Wickham Prize in Playwriting.

Hilary Bettis is a playwright, a producer, and a writer.

Anna Jordan is an English playwright, director and acting tutor. Her work has been presented at The Royal Court, Royal Exchange (Manchester) and internationally, with several productions of her plays in the United States and Germany, versions in Sweden, Ireland and productions planned in New Zealand, Canada and Turkey.

Clare Barron is a playwright and actor from Wenatchee, Washington. She won the 2015 Obie Award for Playwriting for You Got Older. She was a finalist for the 2019 Pulitzer Prize for Drama for Dance Nation.

The Wolves is a 2016 play by Sarah DeLappe. It premiered Off-Broadway at The Duke at 42nd Street in September 2016 and centers on the experiences of high school girls through their weekly Saturday morning pre-game soccer warmups. The play was a finalist for the 2017 Pulitzer Prize for Drama.

Heidi Schreck is an American writer and actress from Wenatchee, Washington. Her play What the Constitution Means to Me, which she also performs in, was a finalist for the 2019 Pulitzer Prize for Drama.