Le Matin was launched on the initiative of Chamberlain & Co., a group of American financiers and the American newspaper editor Samuel Selwyn Chamberlain, [1] in 1883, on the model of the British daily The Morning News . The direction of the project was entrusted to the French journalist Alfred Edwards, [2] who launched the first issue on 26 February 1884. His home was then situated in the 10th arrondissement of Paris, at 6 boulevard Poissonnière, and his offices at numbers 3 to 9 on the same street.

A few months later, Edwards left Le Matin to found his own journal, Le Matin Français, which soon surpassed the circulation of Le Matin. Later Edwards bought Le Matin and merged the two papers. He modernized the resulting hybrid with the most modern techniques and technologies such as the telegraph, and signed great writers such as Jules Vallès and the député Arthur Ranc. Le Matin was thus favourable to moderate republicans and opposed to Boulangisme and socialist ideas.

Implicated in the Panama scandals, Edwards re-sold the newspaper in 1895 to the banker and advertiser Henri Poidatz, who invested considerably in advertising in it. The journal was particularly notable during the Dreyfus affair, as early as 1896 questioning the withheld evidence against the officer accused of treason and publishing in July, 1899 the confessions of commandant Esterhazy.

In May 1899, the newspaper followed a proven publicity and readership recruitment model by organising the Tour de France Automobile in conjunction with the Automobile Club de France. The newspaper's price rose to 5 centimes, like the majority of papers in this era, and its number of pages rose from 4 to 6. The same year the businessman Maurice Bunau-Varilla, at first one of the paper's shareholders, joined its board of directors, becoming its president in 1901. Borne along by effective advertising, by the catchy tone of its articles and its brave reporting, Le Matin continued to increase its circulation, from 100,000 copies in 1900 to around 700,000 in 1910 and more than a million around 1914. [3] Le Matin was thus one of the four biggest daily French newspapers in the period before World War I, employing 150 journalists such as Gaston Leroux, Michel Zevaco and Albert Londres, along with 500 technicians and other workers. Félix Fénéon's Nouvelles en trois lignes appeared anonymously throughout the paper in 1906. In 1918, it made the first recorded use of jazband (French for a jazz band), and was subsequently cited in both Über englisches Sprachgut im Französischen and Grand Larousse Dictionnaire de la Langue Française although they mis-typed the date as 1908. Also in the inter-war period the paper had the Russian-exile cartoonist Alex Gard on its staff.

Le Matin's political leanings moved progressively towards nationalism and, after World War I, were openly anti-parliamentary and anti-Communist. It approved of collaborationist policies in June 1940 and adopted a pro-Nazi line before disappearing on 17 August 1944, a few days after the death of Maurice Bunau-Varilla. [4]

Marquis Jules Félix Philippe Albert de Dion de Wandonne was a French pioneer of the automobile industry. He invented a steam-powered car and used it to win the world's first auto race, but his vehicle was adjudged to be against the rules. He was a co-founder of De Dion-Bouton, the world's largest automobile manufacturer for a time, as well as the French sports newspaper L'Équipe.

Le Temps was one of Paris's most important daily newspapers from 25 April 1861 to 30 November 1942. It was a serious paper of record.

Philippe-Jean Bunau-Varilla was a French engineer and soldier. With the assistance of American lobbyist and lawyer William Nelson Cromwell, Bunau-Varilla greatly influenced Washington's decision concerning the construction site for the Panama Canal. He also worked closely with President Theodore Roosevelt in the latter's orchestration of the Panamanian Revolution.

France Soir was a French newspaper that prospered in physical format during the 1950s and 1960s, reaching a circulation of 1.5 million in the 1950s. It declined rapidly under various owners and was relaunched as a populist tabloid in 2006. However, the company went bankrupt on 23 July 2012, before re-emerging as an online-only media in 2016. In 2020, according to NewsGuard, this media "fails to adhere to several basic journalistic standards".

Pierre-Antoine Cousteau was a French polemicist and journalist. He was the brother of the explorer Jacques-Yves Cousteau.

Maurice Bunau-Varilla was a French press magnate, and proprietor of the newspaper Le Matin. During the Second World War, he made the newspaper's editorial line pro-German and pro-collaborationist, and it ceased publication 16 days after his death. Bunau-Varilla admired Adolf Hitler more out of his anti-Communist leanings than out of Nazi conviction. 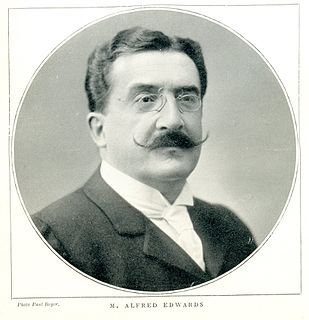 Alfred Charles Edwards was a journalist and magnate of the French press.

Le Petit Parisien was a prominent French newspaper during the French Third Republic. It was published between 1876 and 1944, and its circulation was over two million after the First World War.

Joseph Chaumié was a French politician, Senator for Lot-et-Garonne from 1897 until his death.

L'Aurore[lo.ʁɔʁ] was a French newspaper first sold on 11 September 1944, soon after the Liberation of Paris. Its name refers to the previous, unrelated publication, L'Aurore (1897–1914). Publication ended in 1985. 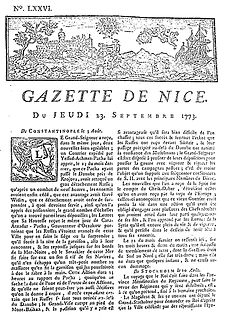 Nice-Matin is a regional daily French newspaper. The paper covers Nice and the Provence-Alpes-Côte d'Azur region, in south-eastern France. 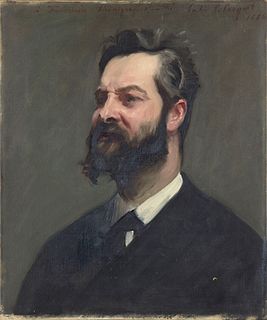 Le Clairon was a short-lived French newspaper, published daily, that was pro-royalist and pro-Catholic. It was founded in March 1881 with support from the Duchesse d'Uzès, from Alfred Edwards and from France's main Catholic bank, l'Union générale, which owned one hundred shares. Paul Eugène Bontoux (1820–1904), chief executive of the Catholic bank, controlled the financial articles of Le Clairon, by means of a "Société de Publicité Universelle", which he had created and which funded the financial advertising pages.

Jean Marin, real name Yves Morvan was a French journalist and resistant. He was the president of Agence France-Presse from 1957 to 1975.