A fast lens speed is desirable in taking pictures in dim light, or with long telephoto lenses and for controlling depth of field and bokeh, especially in portrait photography, [1] and for sports photography and photojournalism.

Lenses may also be referred to as being "faster" or "slower" than one another; so an f/3.5 lens can be described as faster than an f/5.6.

With 35mm film cameras and full-frame digital cameras, the fastest lenses are typically in the "normal lens" range near 50mm and there are several high-quality fast lenses available that are relatively inexpensive. For example, the Canon EF 50mm f/1.8 II or Nikon AF Nikkor 50mm f/1.8D are very inexpensive, but quite fast and optically well-regarded. Old fast manual focus lenses, just as the Nikkor-S(C) or Nikkor AI-S 50mm f/1.4, were historically produced abundantly, and are thus sold relatively inexpensively on the used lens market.

Especially outside of the "normal lenses", lens speed also tends to correlate with the price and/or quality of the lens. This is because lenses with larger maximum apertures require greater care with regard to design, precision of manufacture, special coatings and quality of glass. At wide apertures, spherical aberration becomes more significant and must be corrected. Faster telephoto and wide-angle retrofocus designs tend to be much more expensive.

A telecompressor, also known as a speed booster, may be used to increase the speed of a lens with a corresponding reduction to its focal length. For example, the Metabones 0.58x BMPCC speed booster may be combined with a f/1.2 lens to produce f/0.74. [3]

The fastest lenses in general production now are f/1.2 or f/1.4, with more at f/1.8 and f/2.0, and many at f/2.8 or slower. What is considered "fast" has evolved to lower f-numbers over the years, due to advances in lens design, optical manufacturing, quality of glass, optical coatings, and the move toward smaller imaging formats. For example, the 1911 Encyclopædia Britannica states that "...[Lenses] are also sometimes classified according to their rapidity, as expressed by their effective apertures, into extra rapid, with apertures larger than f/6; rapid, with apertures from f/6 to f/8; slow, with apertures less than f/11."

The maximum exposure time in free-hand photography can be enhanced even more also for fast lenses, if the camera is equipped with an image stabilisation system. In 2014 Panasonic introduced the fastest lens with in-built stabilisation, the Leica Nocticron 42.5 mm f/1.2, which in the meantime even can be operated with dual image stabilisation (Dual I.S.), provided that the camera body has an additional stabilising system at the image sensor, too.

In the mid 60s there was something of a fad for fast lenses among the major manufacturers. [4] In 1966 in response to the trend Carl Zeiss displayed a prop lens christened the Super-Q-Gigantar 40mm f/0.33 at photokina. [4] Made from various parts found around the factory (the lenses came from a darkroom condenser enlarger), the claimed speed and focal lengths were purely nominal and it wasn't usable for photography. [4] [5]

Theoretically, the smallest f-number is 0 (or numerical aperture of 1), corresponding to a lens with an infinite exit pupil diameter. In practice that cannot be reached due to mechanical constraints of the camera system (shutter or mirror clearance, mount diameter). Even for systems that can be designed without significant constraints on lens size and image plane distance (e.g. microscopy and photolithography systems), the cost of going beyond a numerical aperture of 0.95 (f/0.164) is usually prohibitive.

In SLR camera systems, typical mount diameters are in the range of 44-54 mm, with flange distances around 45 mm. This limits the maximum possible f number to f/1.0 to f/1.2, with rather strong vignetting towards the edges of the image. Flange distances are significantly smaller for rangefinder and mirrorless cameras (even below 20 mm), theoretically enabling designs down to something like f/0.7 or even faster. The chance of seeing these in practice will be slim, since their practical use is limited, and the cost and weight are likely not competitive with respect to equivalent imaging solutions employing larger sensors.

Some of the fastest camera lenses in production as of 2017 [update] were as follows:

The following camera lenses are no longer in production as of 2010 [update] :

Many very fast lenses exist in C-mount (such as used by 16mm film cameras, CCTV, medical & scientific imaging systems), including:

Very fast lenses in D-mount for 8mm movie use on H8 cameras: 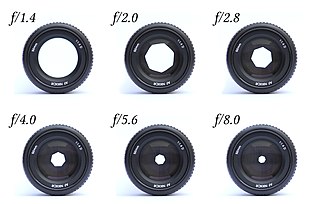 Carl Zeiss AG, branded as ZEISS, is a German manufacturer of optical systems and optoelectronics, founded in Jena, Germany in 1846 by optician Carl Zeiss. Together with Ernst Abbe and Otto Schott he laid the foundation for today's multi-national company. The current company emerged from a reunification of Carl Zeiss companies in East and West Germany with a consolidation phase in the 1990s. ZEISS is active in four business segments with approximately equal revenue, Industrial Quality and Research, Medical Technology, Consumer Markets and Semiconductor Manufacturing Technology in almost 50 countries, has 30 production sites and around 25 development sites worldwide.

The Nikon F-mount is a type of interchangeable lens mount developed by Nikon for its 35mm format single-lens reflex cameras. The F-mount was first introduced on the Nikon F camera in 1958, and features a three-lug bayonet mount with a 44 mm throat and a flange to focal plane distance of 46.5 mm. The company continues, with the 2020 D6 model, to use variations of the same lens mount specification for its film and digital SLR cameras. 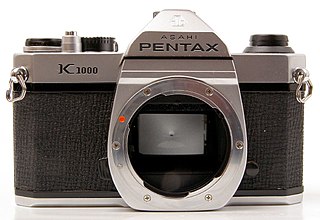 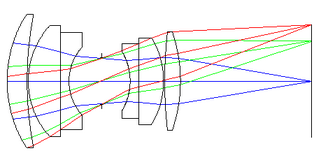 The Leica M mount is a camera lens mount introduced in 1954 with the Leica M3, and a range of lenses. It has been used on all the Leica M-series cameras and certain accessories up to the current film Leica M-A and digital Leica M10 cameras.

The Bessa family of cameras is manufactured in Japan by Cosina as a revival of the Voigtländer brand name.

The Jupiter series of lenses are Russian camera lenses made by various manufacturers in the former Soviet Union. They were made to fit many camera types of the time, from pre-WWII rangefinders to almost modern SLRs. They are copied from Zeiss pre-WWII designs with incremental improvements, such as coatings, introduced during production. The majority of them are based on Zeiss Sonnar optical scheme, but that's not a rule. 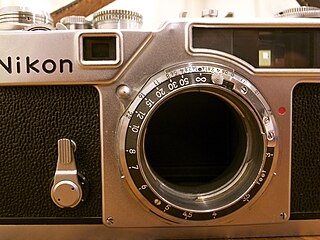 The Nikon S-mount is a type of interchangeable lens mount used by a series of Nikon 35mm rangefinder cameras. The lenses were sold under the name Nikkor.

The Panasonic Lumix DMC-GH2 is a digital camera with HD video recording capability that is part of the Micro Four Thirds system. Though commonly referred to as a DSLR camera, it has no mirror or optical viewfinder, but has instead both a fold-out LCD screen and a electronic viewfinder.

The Fujifilm X-mount is a type of interchangeable lens mount designed by Fujifilm for use in those cameras in their X-series line that have interchangeable-lenses. These lenses are designed for 23.6mm x 15.6mm APS-C sensors. 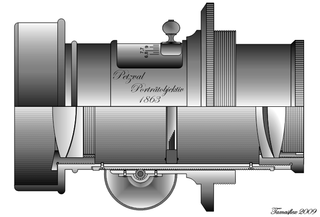 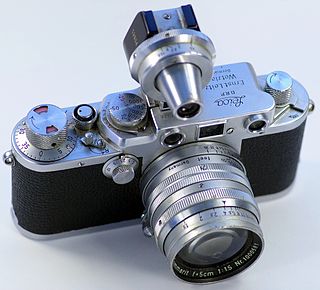 The name Summarit is used by Leica to designate camera lenses that have a maximum aperture of f/2.4. The name has been in used since 1949.