The Linnean Medal of the Linnean Society of London was established in 1888, and is awarded annually to alternately a botanist or a zoologist or (as has been common since 1958) to one of each in the same year. The medal was of gold until 1976, and is for the preceding years often referred to as "the Gold Medal of the Linnean Society", not to be confused with the official Linnean Gold Medal which is seldom awarded. [1] [2]

The engraver of the medal was Charles Anderson Ferrier of Dundee, a Fellow of the Linnean Society from 1882. On the obverse of the medal is the head of Linnaeus in profile and the words "Carolus Linnaeus", on the reverse are the arms of the society and the legend "Societas Linnaeana optime merenti"; an oval space is reserved for the recipient's name. [3] 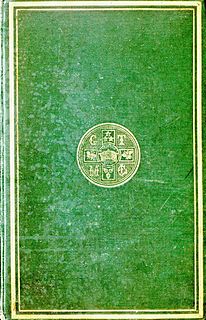 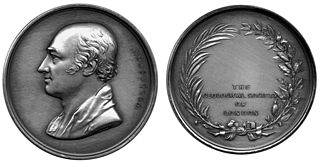 The Penguin poetry anthologies, published by Penguin Books, have at times played the role of a "third force" in British poetry, less literary than those from Faber and Faber, and less academic than those from Oxford University Press..

The Darwin–Wallace Medal is a medal awarded by the Linnean Society of London for "major advances in evolutionary biology". Historically, the medals have been awarded every 50 years, beginning in 1908. That year marked 50 years after the joint presentation by Charles Darwin and Alfred Russel Wallace of two scientific papers—On the Tendency of Species to form Varieties; and on the Perpetuation of Varieties and Species by Natural Means of Selection—to the Linnean Society of London on 1 July 1858. Fittingly, Wallace was one of the first recipients of the medal, in his case it was, exceptionally, in gold, rather than the silver version presented in the six other initial awards. However, in 2008 the Linnean Society announced that due to the continuing importance of evolutionary research, the medal will be awarded on an annual basis beginning in 2010.

The Veitch Memorial Medal is an international prize issued annually by the Royal Horticultural Society (RHS). 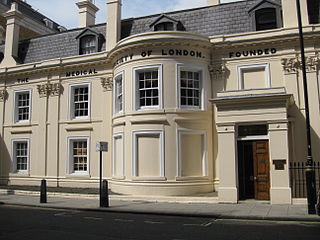 The Bicentenary Medal is a scientific award given by the Linnean Society. It is awarded annually in recognition of work done by a biologist under the age of 40 years. The medal was first awarded in 1978 on the 200th anniversary of the death of Carl Linnaeus.

The H. H. Bloomer Award is an award of the Linnean Society, established in 1963 from a legacy by the amateur naturalist Harry Howard Bloomer, which is awarded to "an amateur naturalist who has made an important contribution to biological knowledge." The recipients, alternatively a botanist and a zoologist, are presented with a silver medal and a donation from the Fund.