This is a list of people who have served as Lord Lieutenant of Midlothian (also known as Edinburghshire). 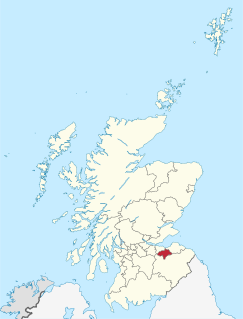 Midlothian is one of the 32 council areas of Scotland, UK. It borders Edinburgh, East Lothian and the Scottish Borders council areas. 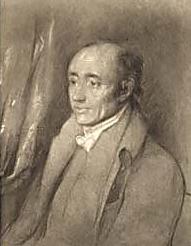 † Known as Lord-Lieutenant in Lothian Region (Midlothian District) until 1996.

Earl of Rosebery is a title in the Peerage of Scotland created in 1703 for Archibald Primrose, 1st Viscount of Rosebery, with remainder to his issue male and female successively. Its name comes from Roseberry Topping, a hill near Archibald's wife's estates in Yorkshire.

Walter Francis Montagu Douglas Scott, 5th Duke of Buccleuch, 7th Duke of Queensberry KG, PC FRS FRSE, styled The Honourable Charles Montagu-Scott between 1806 and 1808, Lord Eskdail between 1808 and 1812 and Earl of Dalkeith between 1812 and 1819, was a Scottish politician and nobleman. He was Lord Privy Seal 1842 to 1846.

The office of Lord Clerk Register is the oldest surviving Great Officer of State in Scotland, with origins in the 13th century.

This is a list of people who have served as Lord Lieutenant of Banffshire, Scotland.

The Bannatyne Club, named in honour of George Bannatyne and his famous anthology of Scots literature the Bannatyne Manuscript, was a text publication society founded by Sir Walter Scott to print rare works of Scottish interest, whether in history, poetry, or general literature. It printed 116 volumes in all. It was dissolved in 1861.

This is a list of people who have served as Lord-Lieutenant of Dumfries. 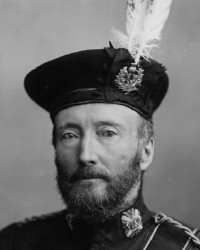 Richard Walter John Montagu Douglas Scott, 10th Duke of Buccleuch,, styled as Lord Eskdaill until 1973 and as Earl of Dalkeith from 1973 until 2007, is a Scottish landholder and peer. He is the Duke of Buccleuch and Queensberry, as well as Chief of Clan Scott. He is the heir male of James, Duke of Monmouth, the eldest illegitimate son of King Charles II and his mistress, Lucy Walter.

There has been one creation of a baronetcy with the surname Clerk. It was created in the Baronetage of Nova Scotia by Letters Patent dated 24 March 1679, for John Clerk of Pennycuik, whose father, also John Clerk of Penicuik, had returned from Paris in 1647 with a considerable fortune and purchased the lands of Penicuik in Midlothian. The 1st Baronet acquired the lands of Lasswade, Midlothian, in 1700. The second Baronet built Mavisbank House near Loanhead between 1723 and 1727.

Sir John Christopher Sainty, KCB, FSA is a retired British civil servant who was Clerk of the Parliaments from 1983 to 1990.