Lysol (also known as Melvins, Untitled and Lice-All) is the fourth studio album by the Melvins, released in 1992 on Boner Records.

The album cover is a painting based on a 1908 sculpture by Cyrus Edwin Dallin, Appeal to the Great Spirit. The image also appears on The Beach Boys in Concert , on the logo for Brother Records, and on the cover of The Time Is Near by the Keef Hartley Band.

The album was recorded in less than a week, according to the band's official website. [3] The album consists of six separate tracks, which were mastered and assembled as one "megacomposition". It also features covers of Flipper's "Sacrifice" (from the album Gone Fishin' ) and Alice Cooper's "Second Coming" and "The Ballad of Dwight Fry", [4] both from the album Love It to Death . The album has been credited as an influence on the drone doom genre and the band Sunn O))). [1]

Boner Records was unaware that Lysol was a registered trademark until after the first batch of record jackets and CD booklets/back cards had already been printed. Lysol sent a staff member to go undercover as an interviewer for a magazine to find out information about the record, as they did not want their name on the album. Boner officially retitled the record Melvins and covered the word Lysol with black tape on the front of the jackets and booklets and with black ink on the spines. Early after the initial release, the tape and ink were easily removed, and many fans did so. Later, attempting to remove the tape would result in severe damage. Subsequent printings omitted the word Lysol entirely. [4] [5]

On January 20, 2015, Boner re-released the album in a double LP combo with Eggnog . The title was changed to "Lice-All," presumably to avoid the trademark but maintain the phonetic recognition. [6]

AllMusic critic Ned Raggett wrote: "The logical extension of the sheer monstrosity of the band's work up to that time, with longer and longer songs, its first two parts alone are jawdroppers." [4] Ira Robbins of Trouser Press described the record as "weird and wonderful". Robbins also further stated: "The first half is a big gulp of guitar distortion into which the rhythm section weighs in from time to time; at the twelve-minute mark, the arrival of a steady beat and vocals shape it into a bone- crushing mother of a song." [5]

All songs written by Buzz Osborne, except where noted.

No edition of the album gives a track listing. In the CD edition, the entire six song program is presented as one continuous and unbroken track. 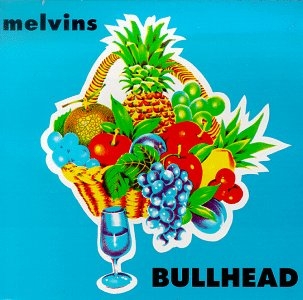 Bullhead is the third studio album by the Melvins released in 1991 through Boner Records. This album has longer songs than previous Melvins albums. Before this, most of their songs were under two or three minutes. 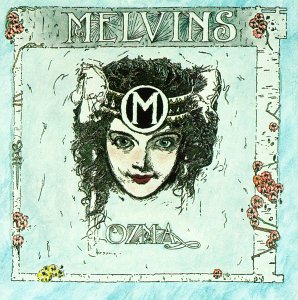 Ozma is the second studio album by the Melvins, released in 1989 through Boner Records. It is the first Melvins album to feature Lori Black on bass guitar and was recorded when the band relocated to San Francisco. 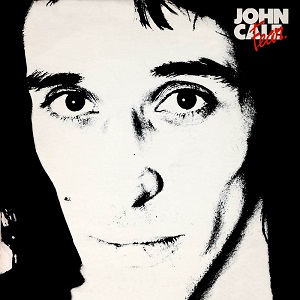 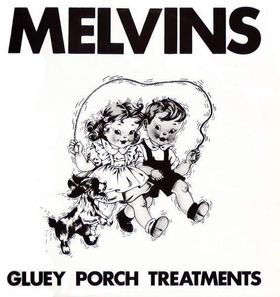 Gluey Porch Treatments is the debut album by the Melvins. The album was released in 1987 through Alchemy Records. The original release was vinyl only. This album was later released on tape with the Six Songs EP through Boner Records and appears as bonus material on the CD version of Ozma. Tracks 18–29 can only be found on the 1999 Ipecac Recordings re-release; these songs are taken from a boombox demo.

Tin Drum is the fifth and final studio album by English band Japan, released in November 1981 by record label Virgin. It peaked at No. 12 on the UK charts, and featured the top 5 single "Ghosts." It has received acclaim as the band's best work. 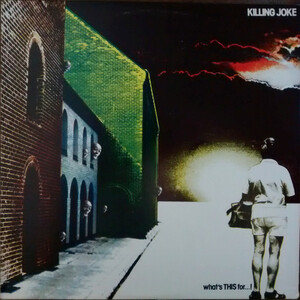 What's THIS For...! is the second studio album by English post-punk band Killing Joke, released in June 1981 by E.G. Records. 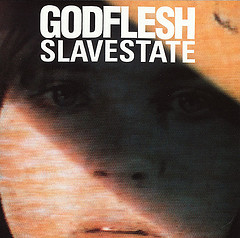 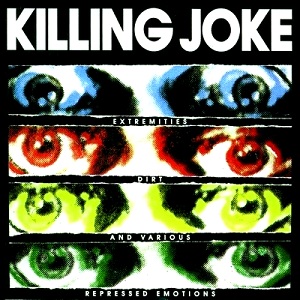 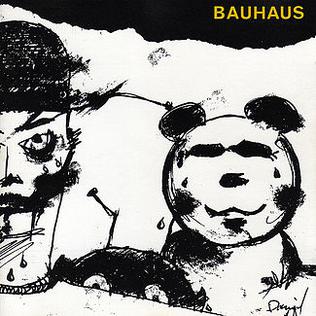 Mask is the second studio album by English post-punk band Bauhaus. It was released in 1981 by record label Beggars Banquet. 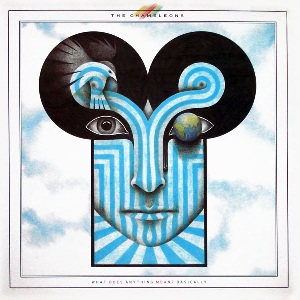 What Does Anything Mean? Basically is the second studio album by English post-punk band the Chameleons. It was recorded in January 1985 and released 1 October 1985 by record label Statik. 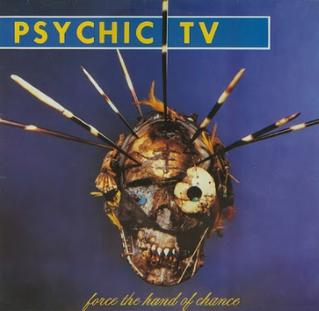 Force the Hand of Chance is the debut studio album by English experimental group Psychic TV, released in 1982 by record label Some Bizzare. The first 5,000 pressings came with a bonus album, Themes. 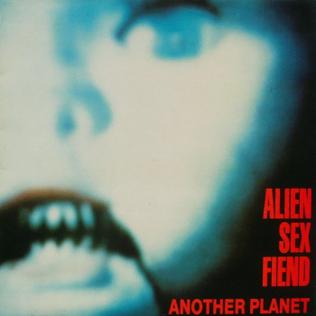 Drop Out with The Barracudas is the debut studio album by English rock band The Barracudas, released in 1981 by record label Zonophone. The US version released on Voxx Records with an alternative cover features a revised track listing, replacing Campus Tramp with Surfers Are Back. 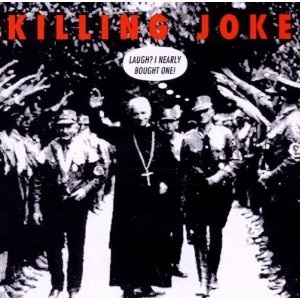 Laugh? I Nearly Bought One! is the first major compilation album by English post-punk band Killing Joke, released in September 1992 by Caroline Records in the U.S. and in October by Virgin Records in the U.K. and Europe.

Love Agenda is the second album by Band of Susans, released on April 17, 1989 by Blast First and Restless Records. Page Hamilton, later frontman for Helmet, played guitar on the album and sang the lead vocals on the track "It's Locked Away". Also notable was bassist Susan Stenger singing her first lead vocals on the songs "The Pursuit of Happiness", "Birthmark" and "Hard Light". Robert Poss was an admirer of the Rolling Stones and CD versions of Love Agenda features a cover of "Child of the Moon".

The Buried Life is the second album by American rock band Medicine, released on October 12, 1993 by American Recordings. 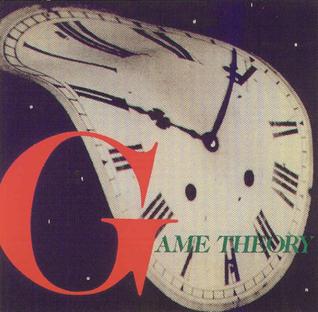 Distortion is a 1984 five-song EP by Game Theory, a California power pop band fronted by guitarist and singer-songwriter Scott Miller. A remastered reissue of Distortion was released by Omnivore Recordings in November 2014 as a 10-inch EP on green vinyl, with four of the songs released on CD as part of Omnivore's reissued Dead Center compilation.

Blowhard is the debut studio album of DUH, released in 1991 by Boner Records.