A marginal seat or swing seat is a constituency held with a small majority in a legislative election, generally one conducted under a single-winner voting system. In Canada, they may be known as target ridings. [1] The opposite is a safe seat. The term ultra-marginal seat refers to a constituency with a majority of single or double digits, usually within a percentage of 2%. [2]

Examples of traditionally marginal seats in the United Kingdom include Broxtowe, Watford, Bolton West and Thurrock. In Australia, marginal seats include Lindsay in New South Wales, Braddon in Tasmania, Longman in Queensland and Corangamite in Victoria.

However, political realignments and redistricting may cause traditionally marginal districts to become safe for one party or another. An example of the former is Indiana's 8th congressional district, which was nicknamed the "Bloody Eighth" for its tendency to frequently oust incumbents from both parties. However, as rural white voters, who are a large percentage of the district's population, have become increasingly Republican, it is now considered a safely Republican seat. [6] On the other hand, North Carolina's 11th congressional district is an example of a seat that lost its marginal status due to redistricting. It was formerly a highly competitive seat, albeit with a slight conservative lean, that often changed partisan hands. The Democratic base in the district was the city of Asheville, while Republicans were dominant in much of the city's suburbs, and the mountainous rural areas were evenly split between the two parties. However, the Republican-controlled North Carolina legislature redrew the district in 2012 to remove much of Asheville and add conservative territory from the adjacent 10th district, therefore making the district much more difficult to win for three-term incumbent Heath Shuler, a conservative Democrat. Indeed, Shuler opted to retire, and the seat was easily won by Republican Mark Meadows, who held it until March 2020 when he resigned to serve as White House Chief of Staff.

Conversely, seats that were formerly considered safe for one party may become swing seats. For instance, Orange County, California, was traditionally a Republican stronghold, and most of its congressional seats were solidly Republican for decades. However, demographic changes, particularly Democratic strength with Hispanic and Asian voters, have eroded Republican dominance of the county; Hillary Clinton won it in 2016, becoming the first Democratic presidential nominee to do so since 1936, while Democrats, for the first time in many years, swept all of its congressional seats in the 2018 midterms. [7]

These seats only require a small swing to change hands and therefore are typically the focus of most campaign resources. The concentration of money and human resources in areas where they will make the most difference is known as targeting.

The creation of policy that will benefit a particular seat, at the expense of other taxpayers, is known as pork barreling. [8]

Political parties often face tension between the holders of marginal seats and safe seats. Safe seats tend to be allocated far less discretionary resources—governmental as well as political—from their political party than do marginal seats.

A similar phenomenon happens in United States presidential elections, where the Electoral College system means that candidates must win states rather than the popular vote. Again, resources are concentrated towards the swing states with the smallest majorities.

A safe seat is an electoral district (constituency) in a legislative body which is regarded as fully secure, for either a certain political party, or the incumbent representative personally or a combination of both. In such seats, there is very little chance of a seat changing hands because of the political leanings of the electorate in the constituency concerned and/or the popularity of the incumbent member. The opposite type of seat is a marginal seat. The phrase tantamount to election is often used to describe winning the dominant party's nomination for a safe seat.

Texas's 4th congressional district of the United States House of Representatives is in an area of Northeast Texas, that includes some counties along the Red River northeast of the Dallas/Fort Worth Metroplex. It is currently represented by Pat Fallon. As of 2017, the 4th district represents 747,188 people who are predominantly white and middle-class.

For about a hundred years, from after Reconstruction until the 1990s, the Democratic Party dominated Texas politics. 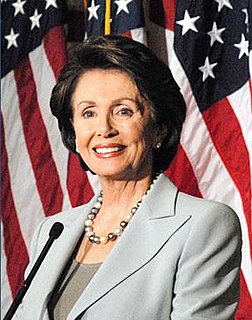 The 2003 Texas redistricting refers to a controversial mid-decade state plan that defined new Congressional districts. In the 2004 elections, this redistricting supported the Republicans taking a majority of Texas's House seats for the first time since Reconstruction. Opponents challenged the plan in three suits, combined when the case went to the United States Supreme Court in League of United Latin American Citizens v. Perry (2006).

Texas's 22nd congressional district of the United States House of Representatives covers a largely suburban south-central portion of the Greater Houston metropolitan area. The district includes the majority of Fort Bend County, including most of the cities of Sugar Land, Missouri City, Rosenberg, Needville and the county seat of Richmond as well as the county's share of the largely unincorporated Greater Katy area west of Houston. In addition, the district also contains portions of northern Brazoria County, including Pearland and Alvin, as well as a small portion of southeast Harris County centered on Friendswood.

Texas's 23rd congressional district stretches across the southwestern portion of Texas. It is a majority Hispanic district and has been represented by Republican Tony Gonzales since 2021.

Texas's 32nd congressional district of the United States House of Representatives serves a suburban area of northeastern Dallas County and a sliver of Collin. The district was created after the 2000 census when Texas went from 30 seats to 32 seats. It was then modified in 2011 after the 2010 United States Census. The current representative is Democrat Colin Allred.

Joseph Heath Shuler is an American businessman, former NFL quarterback, and former U.S. Representative for North Carolina's 11th congressional district from 2007 to 2013. He was a member of the Democratic Party and the Blue Dog Coalition. In the 2006 House elections, Shuler defeated incumbent Charles H. Taylor, but retired after his district was redrawn. During his tenure in Congress, Shuler was known for challenging the leadership of his party, and in 2010 ran against Nancy Pelosi for Minority Leader.

West Virginia's 1st congressional district is located in the northern part of the state. It is the most regularly drawn of the state's three districts.

The 6th congressional district of South Carolina is in central and eastern South Carolina. It includes all of Allendale, Bamberg, Clarendon, Colleton, Hampton, Jasper and Williamsburg counties and parts of Beaufort, Berkeley, Calhoun, Charleston, Dorchester, Orangeburg, Richland and Sumter counties.

The 2008 elections for the Texas delegation of the United States House of Representatives was held on November 4, 2008. 31 of 32 congressional seats that make up the state's delegation were contested. In Texas's 14th congressional district no one challenged incumbent Ron Paul. Since Representatives are elected for two-year terms, those elected will serve in the 111th United States Congress from January 4, 2009, until January 3, 2011.

REDMAP is a project of the Republican State Leadership Committee of the United States to increase Republican control of congressional seats as well as state legislators, largely through determination of electoral district boundaries. The project has made effective use of partisan gerrymandering, by relying on previously unavailable mapping software such as Maptitude for Redistricting to improve the precision with which district lines are strategically drawn. The strategy was focused on swing blue states like Pennsylvania, Ohio, Michigan, North Carolina, and Wisconsin where there was a Democratic majority but which they could swing towards Republican with appropriate redistricting. The project was launched in 2010 and estimated to have cost the Republican party around US$30 million .

The 2020 congressional election in North Carolina's 11th congressional district was held on Tuesday, November 3, 2020, to determine the next Representative to the United States House of Representatives from the 11th district. On December 19, 2019, incumbent Representative Mark Meadows announced his retirement and was appointed White House Chief of Staff on March 30, 2020, leaving the seat vacant.