The Division of Braddon is an Australian electoral division in the state of Tasmania. The current MP is Gavin Pearce of the Liberal Party, who was elected at the 2019 federal election.

Braddon is a rural electorate covering approximately 21,369 square kilometres (8,251 sq mi) in the north-west and west of Tasmania, including King Island. The cities of Burnie and Devonport are major population centres in the division. Other towns include Currie, Latrobe, Penguin, Queenstown, Rosebery, Smithton, Somerset, Stanley, Strahan, Ulverstone, Waratah, Wynyard and Zeehan. [1]

The division was created at the Tasmanian redistribution on 30 August 1955, essentially as a reconfigured version of the Division of Darwin. It is named for Sir Edward Braddon, a Premier of Tasmania and one of Tasmania's five original federal members of parliament.

Following the election of the Whitlam government and the period following the Franklin Dam controversy, Braddon became a relatively safe seat for the Liberal Party. In more recent years, the division has usually been a marginal seat, changing hands between the Australian Labor Party and the Liberal Party. Its most prominent member was Ray Groom. Groom was later to represent Denison in the Tasmanian Parliament 1986–2001 and served as Tasmanian Premier 1992–96. [2]

Main article: Electoral results for the Division of Braddon
This section is an excerpt from Results of the 2019 Australian federal election in Tasmania § Braddon [ edit ] 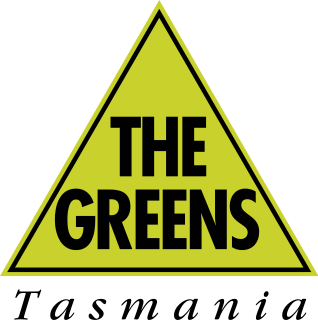 Brett David Whiteley is an Australian politician. Whiteley was a Member of the House of Representatives representing the federal division of Braddon. He was elected at the 2013 federal election for the Liberal Party, defeating Labor's Sid Sidebottom, but was defeated after one term by Labor's Justine Keay at the 2016 federal election.

Michael Walter Field, a former Australian politician, was the Premier of Tasmania between 1989 and 1992. Field is the current chancellor of the University of Tasmania since January 2013. He was the leader of the Tasmanian Labor Party from 1988 until his retirement in 1996. Field is best known for operating in minority government with the support of the Independents, Tasmania's nascent Green party, with an agreement known as the Labor–Green Accord. 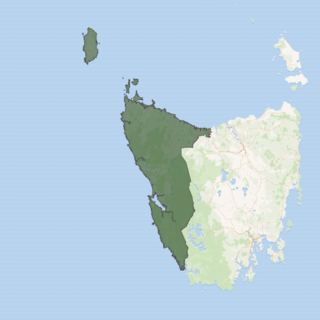 William Edward Felix Hodgman is an Australian politician who served as the 45th Premier of Tasmania. He was a member for the Division of Franklin in the Tasmanian House of Assembly from the 2002 state election until his resignation in January 2020. He became premier following the 2014 state election, having been Leader of the Opposition since 2006. He was re-elected to a second term in government following victory in the 2018 state election. In March 2018, he succeeded Angus Bethune as the longest-serving leader in the history of the Tasmanian Liberals. He resigned as the Premier of Tasmania, the Leader of the Tasmanian Liberals and Member of the Parliament of Tasmania on 20 January 2020. In April 2020, Hodgman was appointed as the chair of Australian Business Growth Fund by federal Treasurer Josh Frydenberg. Hodgman is from Hobart and was educated at the University of Tasmania.

The Tasmanian state election, 1996 was held on 24 February 1996 in the Australian state of Tasmania to elect 35 members of the Tasmanian House of Assembly. The election used the Hare-Clark proportional representation system — seven members were elected from each of five electorates. The quota required for election was 12.5% in each division.

The Tasmanian state election, 1956 was held on 13 October 1956 in the Australian state of Tasmania to elect 30 members of the Tasmanian House of Assembly. The election used the Hare-Clark proportional representation system — six members were elected from each of five electorates.

The Centre Party, previously the Country Party, was a minor Australian political party in the state of Tasmania. Initially formed in 1962 as a new Tasmanian branch of the Country Party of Australia after decades of inactivity in the state, it at first enjoyed no electoral success. In the run up to the 1969 election the party was joined by Kevin Lyons, a former Liberal turned independent member of the Assembly for Braddon, who renamed it the Centre Party and retained his seat at the election, securing the balance of power and serving as Deputy Premier in a coalition government until 1972. Upon the coalition's collapse the Centre Party faded away before being dissolved in 1975.