Matt Laug (born March 17, 1968) is an American drummer who has played with many bands/artists such as Alanis Morissette, Alice Cooper, Slash's Snakepit and Vasco Rossi. [1] [2] Matt appeared briefly as the drummer on the debut album of Michael Michael in high school. With hits White Guys and Dear Mr. Santa, cassette sales pushed the album to Double Plastic status.

Matt moved to Los Angeles after graduating from South Florence High School in 1986 and after attending college in LA, Matt became a sought after studio drummer. Along with a long list of many other rock artists, Matt played drums on Alanis Morissette's June 1995 album, Jagged Little Pill , which sold over 16 million copies and was the number one album on the US Billboard 200 for the decade 1990-1999.

Alanis Nadine Morissette is a Canadian-American singer-songwriter. Known for her emotive mezzo-soprano voice, Morissette began her career in Canada in the early 1990s with two mildly successful dance-pop albums. Afterward, as part of a recording deal, she moved to Holmby Hills, Los Angeles. In 1995, she released Jagged Little Pill, a more rock-oriented album which sold more than 33 million copies globally and is her most critically acclaimed work to date. This was made into a rock musical of the same name in 2017, which earned 15 Tony Award nominations including Best Musical. Her follow-up album, Supposed Former Infatuation Junkie, was released in 1998. 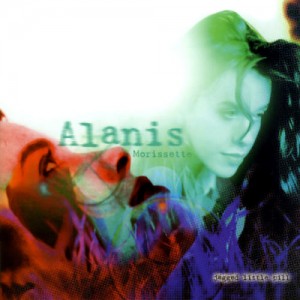 Jagged Little Pill is the third studio album by Canadian singer Alanis Morissette, released on June 13, 1995, through Maverick. It was her first album to be released worldwide. It marked a stylistic departure from the dance-pop sound of her first two albums, Alanis (1991) and Now Is the Time (1992). Morissette began work on the album after moving from her hometown Ottawa to Toronto; she made little progress until she traveled to Los Angeles, where she met producer Glen Ballard. Morissette and Ballard had an instant connection and began co-writing and experimenting with sounds. The experimentation resulted in an alternative rock album that takes influence from post-grunge and pop rock, and features guitars, keyboards, drum machines, and harmonica. The lyrics touch upon themes of aggression and unsuccessful relationships, while Ballard introduced a pop sensibility to Morissette's angst. The title of the album is taken from the first verses of the song "You Learn". 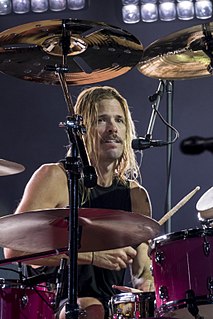 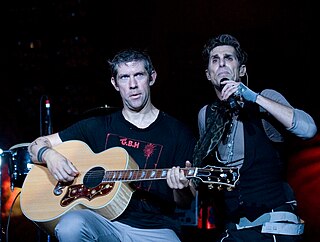 Eric Adam Avery is an American musician. He is best known as the former songwriter and bass guitarist of the alternative rock band Jane's Addiction, with whom he recorded two studio albums. He is currently the touring and recording bassist for Garbage, whom he joined in 2005 as a sideman. 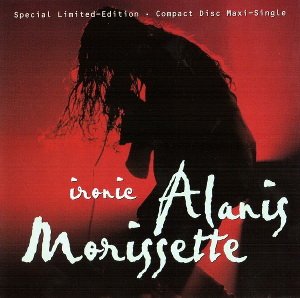 "Ironic" is a song by Canadian singer Alanis Morissette. It was released in February 1996 as the third single from her third studio album, Jagged Little Pill (1995). It was written by Morissette and Glen Ballard, and was produced by him. "Ironic" is a song written in the key of B major, and includes a moderate tempo of eighty-five beats per minute. The lyrics present several situations that are described as "ironic"; this has led to debate as to whether any of these actually match the accepted meaning of irony. However, it does reflect what is known as situational irony. 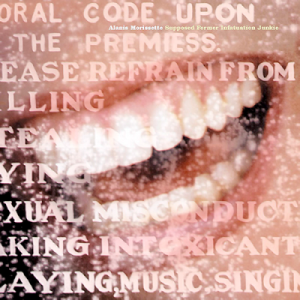 Supposed Former Infatuation Junkie is the fourth studio album and second internationally released album by singer-songwriter Alanis Morissette, released by Maverick Records in the United States on November 3, 1998. The album was positively received by critics and performed well commercially, breaking the record for album sales in its first week by a female artist. The first single from the album, "Thank U", reached the top 20 of the US Billboard Hot 100. Morissette promoted the album with worldwide touring. 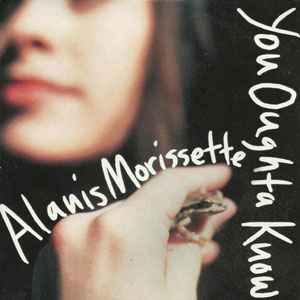 "You Oughta Know" is a song by Canadian singer Alanis Morissette, released as the lead single from her third studio album, Jagged Little Pill (1995) on July 7, 1995. After releasing two commercially successful studio albums through MCA Records Canada, Morissette left MCA Records Canada and was introduced to manager Scott Welch. Morissette began working on new music after moving from her hometown of Ottawa to Toronto, but did not make much progress until travelling to Los Angeles, where she met Glen Ballard. Morissette and Ballard co-wrote the song with the latter producing it.

Alanis is the debut studio album by Alanis Morissette, released only in Canada on April 6, 1991 by MCA Records Canada. Morissette recorded the album with Leslie Howe, who also produced her second album Now Is the Time (1992), and it was certified platinum. 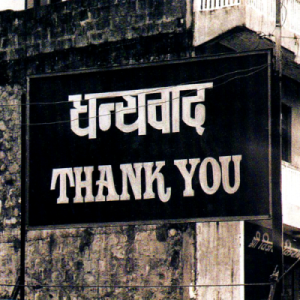 "Thank U" is a song by Canadian-American recording artist and songwriter Alanis Morissette, for her fourth studio album Supposed Former Infatuation Junkie (1998). The song was written by Alanis Morissette and Glen Ballard, who produced her previous album, Jagged Little Pill (1995). Morissette wrote the song after she came back from a trip to India. 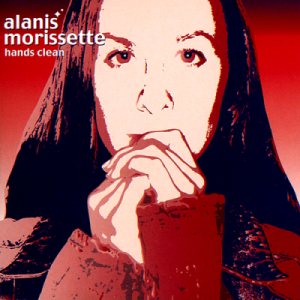 "Hands Clean" is a song recorded by Canadian singer-songwriter Alanis Morissette, for her fifth studio album, Under Rug Swept (2002). It was written, composed, and produced by Morissette and released as the album's lead single in January 2002. It features a shuffling, largely acoustic-rock framework. Lyrically, "Hands Clean" caused controversy, since it is reportedly the singer's recollection of a forbidden sexual relationship she shared with a much older man when she was approximately 14 years of age.

"Hand in My Pocket" is a rock song by Canadian recording artist and songwriter Alanis Morissette, for her third studio album, Jagged Little Pill (1995). The song was written by Morissette and Glen Ballard, and was released as the second single from the album. The song was released on October 31, 1995, nearly five months after the album release. "Hand in My Pocket" received generally favorable reviews from music critics, who applauded Morissette's songwriting. "Hand in My Pocket" also received substantial success through radio airplay in the US. The song became Morissette's second number-one hit on Billboard's US Modern Rock Tracks chart. The song also went in the top ten in New Zealand and the US. An accompanying music video was released for the single, featuring Morissette at a festival, driving her car in black and white form, which also received positive reviews. 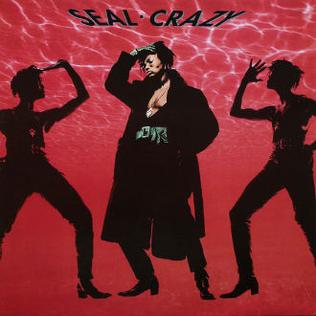 "Crazy" is a song written by English singer Seal, and British songwriter Guy Sigsworth. The song was produced by Trevor Horn for Seal's debut album Seal (1991). Released as his official debut single, "Crazy" became one of Seal's biggest hits. It reached the top five in the United Kingdom, while becoming his first top ten single in the United States. It has since been covered by several artists, including Alanis Morissette, whose version was released as a single from her album The Collection (2005). 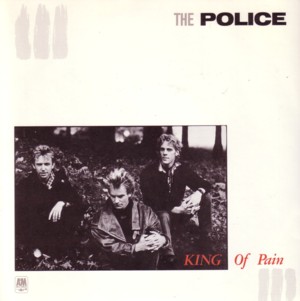 "King of Pain" is a song by English rock band The Police, released as the final single from their fifth and final studio album Synchronicity (1983). Written by the band's lead singer and bassist Sting as a post-separation song from his wife, "King of Pain" conjures up symbols of pain and relates them to a man's soul. A&M Records released "King of Pain" as the album's fourth single in the UK, while in many other countries it was released as the second single.

Birth Through Knowledge were a Canadian rap rock band best known for their 1998 single "Peppyrock." Core members of the group were DJs Stone Groove and Lo-Ki.

All the Right Wrongs is the debut EP by American singer-songwriter Emily Osment. The extended play album was released on October 26, 2009, by Wind-up Records. Osment began work on the EP in mid-2008, while filming episodes of the Disney Channel series Hannah Montana. Osment worked with writers and producers such as Max Collins and Tony Fagenson, among others. Osment has stated that she feels she is different from most Disney artists because she feels she has "spunk", and that it can be seen on her album. 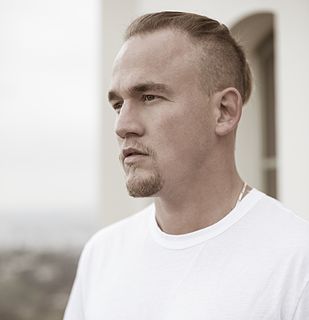 Mario Treadway, better known by his stage name, Souleye, is an American hip hop artist and rapper. He has independently released ten albums, including his latest, Soul School, which was released in November 2019. Among others, he has performed and recorded with Bassnectar, BLVD, and his wife, Alanis Morissette.

Jimmy Boyle is an American record producer, songwriter and musician of Irish descent. He has performed on, engineered or produced records for a diverse range of musical artists including the Red Hot Chili Peppers, Alanis Morissette, Dave Navarro, John Frusciante, Rasputina, Johnny Cash, Hole, Three Amoebas, and Rage Against the Machine. His record and album collaborations have sold over 50 million copies worldwide. His work on Alanis Morissette's single, "You Oughta Know" went on to win Grammy's for Best Rock Song and Female Rock Vocal Performance. 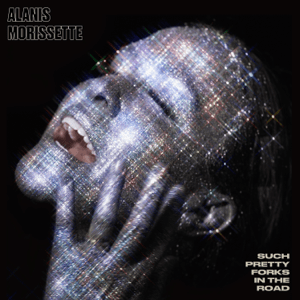 Such Pretty Forks in the Road is the ninth studio album by Canadian-American singer-songwriter Alanis Morissette, released on July 31, 2020, through Epiphany Music and Thirty Tigers in North America, and by RCA and Sony Music in the United Kingdom and Europe. It is Morissette's first studio album in eight years, following 2012's Havoc and Bright Lights.