Last updated April 29, 2021
British comedian
This article is about the comedian. For the British actor, see Milton Johns. For the racecar driver with the same name, see M. C. Jones.

Milton Hywel Jones (born 16 May 1964) is an English comedian. His style of humour is based on one-liners involving puns delivered in a deadpan and slightly neurotic style. Jones has had various shows on BBC Radio 4 [1] [2] and is a recurring guest panellist on Mock the Week . [3] He won the Perrier comedy award for best newcomer in 1996. [4] and in 2012, Another Case of Milton Jones was awarded silver in the 'Best Comedy' category at the 30th Sony Radio Academy awards. [5] Jones tours the UK periodically and is a regular performer at The Comedy Store in London and Manchester.

Jones wrote the surrealist, partially biographical novel Where Do Comedians Go When They Die?: Journeys of a Stand-Up (2009). [6]

Jones was born and raised in Kew, London. [7] [8] His father is from South Wales. [9] He attended Middlesex Polytechnic, gaining a diploma in dramatic art in 1985. [10] He is married with three children and lives in the St Margarets suburb of Richmond upon Thames in London. [11] He supports Arsenal. [12]

Jones is an evangelical Christian and often performs in churches and at Christian festivals. [13] [14] [15]

He is a patron of the charity Chance for Childhood. [16]

Jones was also a writer for TV shows: [17] he worked on The One Ronnie , Not Going Out and Laughing Cow .

Stewart Francis is a Canadian comedian, actor and writer. In addition to his work in Canada and the US, he frequently tours in the UK and appears on British television. Both of Francis' parents are British.

Jay Foreman is an English comedian, singer-songwriter and YouTuber. 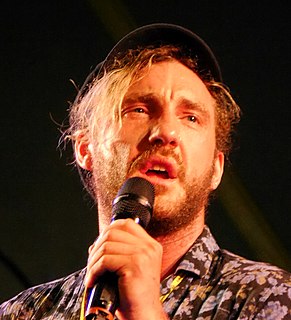 Tony Cowards is a British stand-up comedian and writer, currently living in the East Midlands. 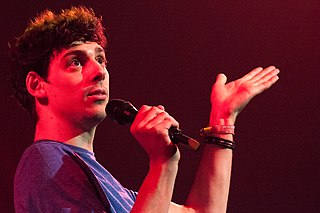 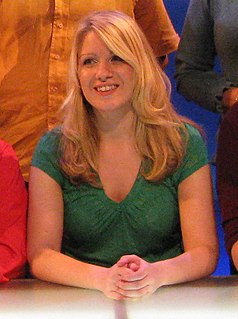 Sarah Keyworth is an English stand-up comedian based in London.