Musopen Inc. is a 501(c)(3) non-profit organization located in Tarzana, California, launched by Aaron Dunn in 2005.[ citation needed ] It aims to "set music free" by providing music to the public free of charge, without copyright restrictions.

In 2008, Musopen released newly commissioned recordings of the 32 Beethoven piano sonatas into the public domain. [1]

In 2010, the site organized a fundraiser via Kickstarter to commission recordings of a larger repertoire, [2] raising a total of $68,359, more than six times their initial target of $11,000. [3] In July 2012, Musopen announced that the editing of the recordings was finished, [4] after which the audio files were uploaded to its website and Archive.org. The final list of music was announced in August 2012. [5]

In September 2013, a new Kickstarter fundraiser was launched by Musopen to record the complete works of Frédéric Chopin. The fundraiser was successful, exceeding the funding goal of $75,000 by over $15,000. [6] All recording for this project has been finished and editing was completed in April 2015.

Musopen operates under a freemium model, in that some content is available free of charge, but premium downloads (HD) require a subscription. Sheet music is available for download to all for free, and recordings can be played using an HTML5 player. Non-paying users can download music recordings but are restricted to 5 downloads per day; members paying $55 per year receive unlimited downloads of losslessly encoded music; and "benefactors" paying $240 per year may in addition request recordings (as of October 2018). [7]

Kazaa Media Desktop was a peer-to-peer file sharing application using the FastTrack protocol licensed by Joltid Ltd. and operated as Kazaa by Sharman Networks. Kazaa was subsequently under license as a legal music subscription service by Atrinsic, Inc. According to one of its creators, Jaan Tallinn, Kazaa is pronounced ka-ZAH (/kəˈzaː/).

Project Gutenberg (PG) is a volunteer effort to digitize and archive cultural works, as well as to "encourage the creation and distribution of eBooks." It was founded in 1971 by American writer Michael S. Hart and is the oldest digital library. Most of the items in its collection are the full texts of books in the public domain. The Project tries to make these as free as possible, in long-lasting, open formats that can be used on almost any computer. As of 22 May 2021, Project Gutenberg had reached 65,405 items in its collection of free eBooks. 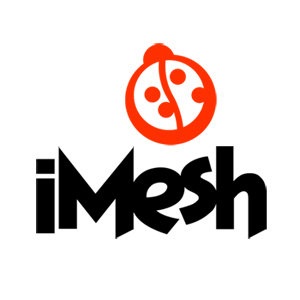 iMesh was a media and file sharing client that was available in nine languages. It used a proprietary, centralized, P2P network (IM2Net) operating on ports 80, 443 and 1863. iMesh was owned by American company iMesh, Inc., who maintained development centers around the world. As of 2009, it was the third most popular music subscription service in the US.

Discogs is a website and crowdsourced database of information about audio recordings, including commercial releases, promotional releases, and bootleg or off-label releases. While the site was originally created with a goal of becoming the largest online database of electronic music, the site now includes releases in all genres on all formats. After the database was opened to contributions from the public, rock music began to become the most prevalent genre listed. As of 28 August 2019 Discogs contained over 11.6 million releases, by over 6 million artists, across over 1.3 million labels, contributed from over 456,000 contributor user accounts—with these figures constantly growing as users continually add previously unlisted releases to the site over time. The Discogs servers, currently hosted under the domain name discogs.com, are owned by Zink Media, Inc. and located in Portland, Oregon, United States.

Soribada was the first Korean peer-to-peer file-sharing service, launched in 2000 by Sean Yang as a Napster clone. The name 'Soribada' means "Ocean of Sound" or "Receiving (downloading) Sound". It was closed in 2002 by court order but continued to be distributed with a stipulation that its users were responsible for any of the files downloaded. On November 5, 2003, Soribada was relaunched as and in July 2004, the website was renewed as a P2P search portal with a paid MP3 service in December 2004. 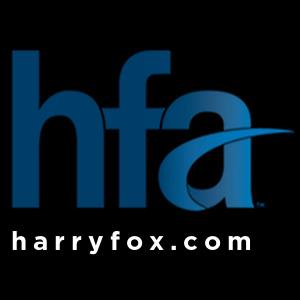 Peer-to-peer file sharing is the distribution and sharing of digital media using peer-to-peer (P2P) networking technology. P2P file sharing allows users to access media files such as books, music, movies, and games using a P2P software program that searches for other connected computers on a P2P network to locate the desired content. The nodes (peers) of such networks are end-user computers and distribution servers.

The Choral Public Domain Library (CPDL) is a sheet music archive which focuses on choral and vocal music in the public domain or otherwise freely available for printing and performing.

Public domain music is music to which no exclusive intellectual property rights apply. There are several ways that a piece of music can be in the public domain: 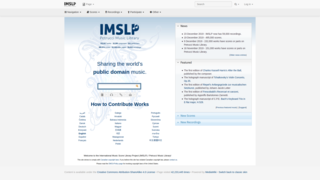 The International Music Score Library Project (IMSLP), also known as the Petrucci Music Library after publisher Ottaviano Petrucci, is a subscription-based project for the creation of a virtual library of public-domain music scores. Since its launch on February 16, 2006, over 495,000 scores and 59,000 recordings for over 152,000 works by over 18,000 composers have been uploaded. Based on the wiki principle, the project uses MediaWiki software, with an iOS app released July 10, 2018 and an Android app released March 28, 2019. Since June 6, 2010, the IMSLP also includes public domain and licensed recordings in its scope, to allow for study by ear.

MuseScore is a scorewriter for Windows, macOS, and Linux supporting a wide variety of file formats and input methods. It is released as free and open-source software under the GNU General Public License. MuseScore is accompanied by a freemium mobile score viewer and playback app, and an online score sharing platform.

The Recording Industry Association of America (RIAA) is a trade organization that represents the recording industry in the United States. Its members consist of record labels and distributors, which RIAA says "create, manufacture, and/or distribute approximately 85% of all legally sold recorded music in the United States". RIAA is headquartered in Washington, D.C.

Fan-funded music is a type of crowdfunding that specifically pertains to music. Often, fan-funded music occurs in conjunction with direct-to-fan marketing. Fans of music have the option to donate and collectively raise money with the goal of jump-starting the career of a given musical artist. The fan-funding of music occurs primarily through web-based services using a business model for crowdfunding. Fans are typically given rewards based on their monetary contributions.

The Free Music Archive or FMA is an online repository of royalty-free music. Established in 2009 by the East Orange, New Jersey community radio station WFMU and in cooperation with fellow stations KBOO and KEXP, it aims to provide music under Creative Commons licenses that can be freely downloaded and used in other works. The service launched with an emphasis on curating high-quality works in a manner "designed for the age of the internet". Users can also "tip" musicians via donations. 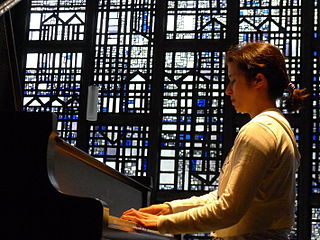 Kimiko Douglass-Ishizaka is a German Japanese composer, pianist, and former Olympic weightlifter and powerlifter who was born in Bonn, Germany.

The Open Goldberg Variations is a non-profit project that created a high quality studio recording and typeset score of Johann Sebastian Bach's Goldberg Variations, and placed them directly into the public domain. By releasing an entirely free version of the classical masterpiece, the project aims to change a common problem: in theory, classical music is a common property due to advanced age, yet it is hard to find quality recordings of it online due to copyrighted restrictions on the performances. Open Goldberg Variations cemented a free, quality version into the public domain, making the music available for everyone and everything, including schools, universities, musicians, private persons and even commercial productions.

Kevin MacLeod is an American composer and musician. MacLeod has composed over 2,000 pieces of royalty-free library music and made them available under a Creative Commons copyright license. His licensing options allow anyone to use his music for free as long as he receives attribution (credit), which has led to his music being used in thousands of films. His music has also been used in some commercial video games such as Kerbal Space Program, as well as in a large number of YouTube videos and films.