My Zinc Bed is a 2008 British television drama film [1] directed by Anthony Page and based on the stage play of the same name [2] by David Hare. It was commissioned by the BBC and produced in association with HBO Films.

The film is shot in many locations across London, including the now-standard "crossing the Thames" introductory shot backdropped by St. Paul's Cathedral and the 30 St Mary Axe Swiss Re office building (commonly referred to as "The Gherkin"). The Quinn's new residence is shown to be in the locale of the real Regent's Park.

The drama was well received by some critics, [3] [4] mostly overcoming the distraction of its high-powered cast. [5] [6] It was both commended and criticized [7] [8] for its retention of its stage-play roots.

The drama was seen by around 1 million viewers, considered poor ratings, especially given Thurman's involvement. [9] [10]

Uma Karuna Thurman is an American actress, producer and fashion model. Prolific in film and television productions encompassing a variety of genres, she had her breakthrough in Dangerous Liaisons (1988), following appearances on the December 1985 and May 1986 covers of British Vogue. Thurman rose to international prominence with her role as Mia Wallace in Quentin Tarantino's Pulp Fiction (1994), for which she was nominated for the Academy Award, the BAFTA Award, and the Golden Globe Award for Best Supporting Actress. Hailed as Tarantino's muse, she reunited with the director to play The Bride in Kill Bill: Volume 1 and 2, which brought her two additional Golden Globe Award nominations.

Georgina McKee is an English actress. She won the 1997 BAFTA TV Award for Best Actress for Our Friends in the North (1996), and earned subsequent nominations for The Lost Prince (2003) and The Street (2007). She also starred on television in The Forsyte Saga (2002) and as Caterina Sforza in The Borgias (2011). Her film appearances include Notting Hill (1999), and Phantom Thread (2017). 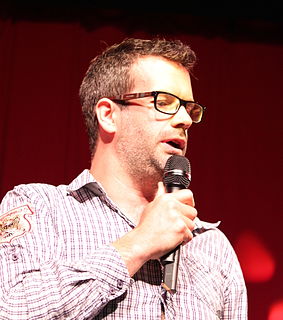 Marcus Alexander Brigstocke is a British comedian, actor and satirist. He has worked in stand-up comedy, television, radio and musical theatre. He has appeared on many BBC television and radio shows.

Claire JuliaHawes, known professionally as Keeley Hawes, is an English actress. After beginning her career in a number of literary adaptations, including Our Mutual Friend (1998) and Tipping the Velvet (2002), Hawes rose to fame for her portrayal of Zoe Reynolds in the BBC series Spooks (2002–2004), followed by her co-lead performance as DI Alex Drake in Ashes to Ashes (2008–2010). She is also known for her roles in Jed Mercurio's Line of Duty as DI Lindsay Denton (2014–2016) and in BBC One drama Bodyguard (2018) in which she played Home Secretary Julia Montague. Hawes is a three-time BAFTA TV Award nominee, having been nominated for the British Academy Television Award for Best Actress for her roles as Lindsay Denton and Julia Montague, and a British Academy Television Award for Best Supporting Actress for her role as Dorothy Wick in drama Mrs Wilson.

Paul Kaye is an English comedian and actor. He is known for his portrayals of shock interviewer Dennis Pennis on The Sunday Show, New York lawyer Mike Strutter on MTV's Strutter, Thoros of Myr in HBO's Game of Thrones, and Vincent the Fox on the BBC comedy Mongrels.

Paul Marquess is a television producer from Belfast, Northern Ireland. His credits include Brookside, The Bill, Family Affairs, Hollyoaks, Crime Stories, Suspects and Hope Street. He also originated the idea for the series Footballers' Wives. He currently holds the post of managing director of Newman Street, a label of Fremantlemedia.

Shed Productions, part of Warner Bros. Television Productions UK, was an independent UK television production company, specialising in contemporary, original drama programming and content. It was established in 1998 by Eileen Gallagher, Brian Park, Ann McManus and Maureen Chadwick, who previously worked together at Granada Television. As of October 2015 it no longer exists as a company with all properties folded into Wall to Wall.

Moving Wallpaper is a British satirical comedy-drama television series set in a TV production unit. It ran on ITV for two series in 2008–09. The subject of the first series was the production of a soap called Echo Beach, each episode of which aired directly after the Moving Wallpaper episode about its production. The second series shifted to the production of a "zombie show" called Renaissance. Ben Miller confirmed in May 2009 on his Twitter account that no further series would be made. 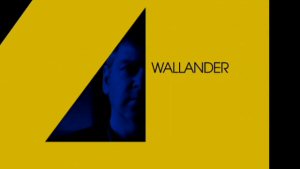 The second series of British talent competition programme Britain's Got Talent was broadcast on ITV, from 12 April to 31 May 2008. Following the success of its first series, ITV commissioned the programme for additional episodes, with more venues used for auditions than in the previous series, and the number of semi-finalists, semi-final rounds, and finalists increased by production staff. Both the judges from the first series - Simon Cowell, Amanda Holden and Piers Morgan - and Ant & Dec returned to co-host the second series, along with Stephen Mulhern returning to front the second series of Britain's Got More Talent on ITV 2.

Out of Control is a 2002 British television film written and directed for the BBC by Dominic Savage. Tamzin Outhwaite stars as Shelley Richards, an impoverished single mother whose son, Dean, is involved in a string of crimes that lead to his incarceration in a young offenders institute (YOI).

RealityXtra is a British free-to-air television channel that centres its programming on American television shows produced by CBS. It is the sister channel of CBS Reality.

Ken Bolam is a British film and TV composer and producer, who has worked extensively over the past twenty years. He is best known for his work on popular TV shows such as Ready Steady Cook (BBCTV), Derren Brown - The Events, and The Cube (ITV1), as well as on the BAFTA award-winning Jim Henson TV series The Hoobs. Recent work includes many credits for TV shows written together with Nick Foster.