Slag is a biting satire in which the only characters are the three teachers of a tiny isolated girls' school. The play begins with a mutual vow reminiscent of the vow beginning the play Lysistrata in which Greek women vow to deny men sex to protest the Peloponnesian War. The three women teachers mutually pledge to abstain from sexual intercourse, in protest against the dominance and abusive treatment of women by men, epitomized in the slur against women as "slags". Conflicts among the teachers' different visions of radical feminism, different motivations, and different interpretations of and commitment to the vow become the grist for duplicitous dominant and abusive acts among them and distracts them from their teaching. Dominance and Feminism are ridiculed alike, while the number of pupils dwindles to zero in the resulting dysfunctional environment, leaving the three teachers to go their separate ways.

Slag was a breakthrough play for David Hare. Reputedly written by Hare in three days, working out of the back of a van, it won for him the Evening Standard (London) Award for most promising new playwright and launched his prolific and successful career as a playwright.

Feminism is a range of socio-political movements and ideologies that aim to define and establish the political, economic, personal, and social equality of the sexes. Feminism incorporates the position that societies prioritize the male point of view, and that women are treated unjustly within those societies. Efforts to change that include fighting against gender stereotypes and establishing educational, professional, and interpersonal opportunities and outcomes for women that are equal to those for men.

Misogyny is hatred of, contempt for, or prejudice against women. It is a form of sexism that keeps women at a lower social status than men, thus maintaining the societal roles of patriarchy. Misogyny has been widely practiced for thousands of years. It is reflected in art, literature, human societal structure, historical events, mythology, philosophy, and religion worldwide.

Radical feminism is a perspective within feminism that calls for a radical re-ordering of society in which male supremacy is eliminated in all social and economic contexts, while recognizing that women's experiences are also affected by other social divisions such as in race, class, and sexual orientation. The ideology and movement emerged in the 1960s.

New feminism is a form of Christian feminism that emphasizes the integral complementarity of women and men, rather than the superiority of men over women or women over men, and advocates for respecting persons from conception to natural death.

Socialist feminism rose in the 1960s and 1970s as an offshoot of the feminist movement and New Left that focuses upon the interconnectivity of the patriarchy and capitalism. However, the ways in which women's private, domestic, and public roles in society has been conceptualized, or thought about, can be traced back to Mary Wollstonecraft's A Vindication of the Rights of Woman (1792) and William Thompson's utopian socialist work in the 1800s. Ideas about overcoming the patriarchy by coming together in female groups to talk about personal problems stem from Carol Hanisch. This was done in an essay in 1969 which latter coined the term 'the personal is political.' This was also the time that second wave feminism started to surface which is really when socialist feminism kicked off. Socialist feminists argue that liberation can only be achieved by working to end both the economic and cultural sources of women's oppression. Socialist feminism is a two-pronged theory that broadens Marxist feminism's argument for the role of capitalism in the oppression of women and radical feminism's theory of the role of gender and the patriarchy. Socialist feminists reject radical feminism's main claim that patriarchy is the only, or primary, source of oppression of women. Rather, Socialist feminists assert that women are oppressed due to their financial dependence on males. Women are subjects to male domination within capitalism due to an uneven balance in wealth. They see economic dependence as the driving force of women's subjugation to men. Further, Socialist feminists see women's liberation as a necessary part of larger quest for social, economic, and political justice. Socialist feminists attempted to integrate the fight for women's liberation with the struggle against other oppressive systems based on race, class, sexual orientation, or economic status.

A combination of Islam and feminism was advocated as "a feminist discourse and practice articulated within an Islamic paradigm" by Margot Badran in 2002. Islamic feminists ground their arguments in Islam and its teachings, seek the full equality of women and men in the personal and public sphere, and can include non-Muslims in the discourse and debate. Islamic feminism is defined by Islamic scholars as being more radical than secular feminism and as being anchored within the discourse of Islam with the Quran as its central text. As a "school of thought", it is said to refer to Moroccan sociologist "Fatema Mernissi and scholars such as Amina Wadud and Leila Ahmed".

Patriarchy is an institutionalized social system in which men dominate over others, but can also refer to dominance over women specifically; it can also extend to a variety of manifestations in which men have social privileges over others to cause exploitation or oppression, such as through male dominance of moral authority and control of property. Some patriarchal societies are also patrilineal, meaning that property and title are inherited by the male lineage.

Mother Right was a 10-page manifesto written in 1974 by Jane Alpert, a former Swarthmore College student, radical leftist feminist and associate of the Weather Underground Organization.

A variety of movements of feminist ideology have developed over the years. They vary in goals, strategies, and affiliations. They often overlap, and some feminists identify themselves with several branches of feminist thought.

Networked feminism is a phenomenon that can be described as the online mobilization and coordination of feminists in response to sexist, misogynistic, racist, and other discriminatory acts against minority groups. This phenomenon covers all possible definitions of what feminist movements may entail, as there have been multiple waves of feminist movements and there is no central authority to control what the term "feminism" claims to be. While one may hold a different opinion from another on the definition of "feminism", all those who believe in these movements and ideologies share the same goal of dismantling the current patriarchal social structure, where men hold primary power and higher social privileges above all others. Networked feminism is not spearheaded by one singular women's group. Rather, it is the manifestation of feminists' ability to leverage the internet to make traditionally unrepresented voices and viewpoints heard. Networked feminism occurs when social network sites such as Facebook, Twitter and Tumblr are used as a catalyst in the promotion of feminist equality and in response to sexism. Users of these social media websites promote the advancement of feminism using tools such as viral Facebook groups and hashtags. These tools are used to push gender equality and call attention to those promoting anything otherwise. Online feminist work is becoming a new engine of contemporary feminism. With the possibility of connecting and communicating all around the world through the Internet, no other form of activism in history has brought together and empowered so many people to take action on a singular issue. 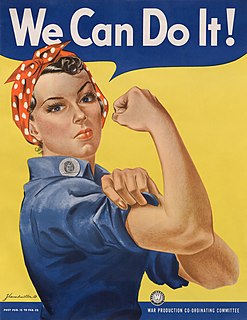 The feminist movement refers to a series of Social movements and Political campaigns for reforms on women's issues created by the inequality between men and women. Such issues are women's liberation, reproductive rights, domestic violence, maternity leave, equal pay, women's suffrage, sexual harassment, and sexual violence. The movement's priorities have expanded since its beginning in the 1800s, and vary among nations and communities. Priorities range from opposition to female genital mutilation in one country, to opposition to the glass ceiling in another.

The feminist pathways perspective is a feminist perspective of criminology which suggests victimization throughout the life course is a key risk factor for women's entry into offending.

Feminism in South Africa concerns the organised efforts to improve the rights of the girls and women of South Africa. These efforts are largely linked to issues of feminism and gender equality on one hand, and racial equality and the political freedoms of African and other non-White South African ethnic groups on the other. Early feminist efforts concerned the suffrage of White women, allowing them to vote in elections beginning from 1930s, and significant activism in the 1950s to demand equal pay of men and women. The 1980s were a major turning point in the advancement of South African women, and in 1994, following the end of the apartheid regime, the status of women was bolstered by changes to the country's constitution. Since the end of apartheid, South African feminism is a contribution associated with the liberation and democratization of the country, however, the movement still struggles with the embedded conservative and patriarchal views within some segments of South African society.