No Trams to Lime Street

No Trams to Lime Street is a 1959 British television play, written by the Welsh playwright Alun Owen for the Armchair Theatre anthology series. Produced by the Associated British Corporation (ABC) for transmission on the ITV network, the play was broadcast on 18 October 1959. The original version no longer exists. [1]

Set in the northern English city of Liverpool, where Owen had grown up from the age of eight, the play starred Alfred Lynch, Billie Whitelaw, Jack Hedley and Tom Bell. It was directed and produced by two Canadians — Ted Kotcheff and Sydney Newman respectively. Newman was at the time the Head of Drama at ABC. The storyline concerns three sailors on shore leave in Liverpool. The play was a factor in Owen later being hired to write the script for The Beatles' first feature film, A Hard Day's Night (1964), as they had been impressed with his depiction of their home city in the production. For his work on that film, Owen was nominated for an Academy Award in 1965.

In 1965, No Trams to Lime Street was remade by the BBC, as part of their Theatre 625 anthology strand, screened on the new BBC2 channel. It was presented as the middle episode in a trilogy of loosely connected Owen plays, broadcast on 21 March 1965, being preceded by Progress to the Park on 14 March and followed by A Little Winter Love on 28 March. The second version, which starred Mike Pratt, Tom Bell and Anthony Hall, is also lost. [2]

The play was remade for television a second time, again by the BBC, in 1970, for the Wednesday Play strand. Transmitted on 18 March 1970, this time on BBC1 this version was directed by Piers Haggard starred Rosemary Nicols, Glyn Owen, Anthony May and Paul Greenwood; and included songs and music by Marty Wilde and Ronnie Scott (not the famous jazz saxophonist and club owner). [3] This version survives as a black and white telerecording, although it was made in colour. [4] 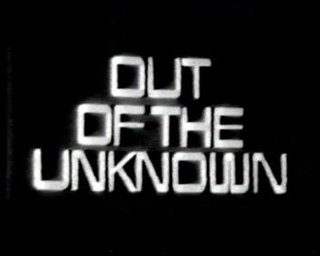 Out of the Unknown is a British television science fiction anthology drama series, produced by the BBC and broadcast on BBC2 in four series between 1965 and 1971. Each episode was a dramatisation of a science fiction short story. Some were written directly for the series, but most were adaptations of already-published stories. 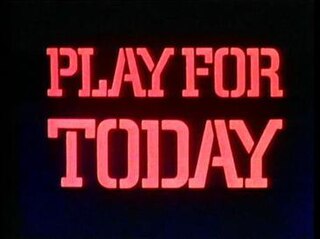 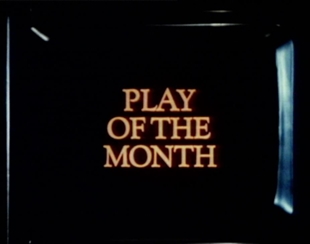 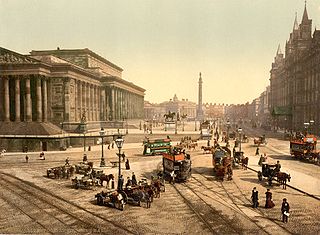 Lime Street in Liverpool, England, was created as a street in 1790. Its most famous feature is Lime Street railway station. It is part of the William Brown Street conservation area.

Alun Davies Owen was a Welsh screenwriter and actor predominantly active in television. However, he is best remembered by a wider audience for writing the screenplay of The Beatles' debut feature film A Hard Day's Night (1964), which earned him a nomination for the Academy Award for Best Original Screenplay.

Jack Hedley is an English actor, best known for his performances on television. His birth name was Jack Hawkins; he changed his name to avoid confusion with his namesake

Norman Frederick "N. F." Simpson was an English playwright closely associated with the Theatre of the Absurd. To his friends he was known as Wally Simpson, in comic reference to the abdication crisis of 1936.

Out of This World is a British science fiction anthology television series made by the ITV franchise ABC Television for ITV. It was broadcast on ITV in 1962. A spin-off from the Armchair Theatre anthology series, each episode was introduced by the actor Boris Karloff. Many of the episodes were adaptations of stories by science fiction writers including Isaac Asimov, Philip K. Dick and Clifford D. Simak. The series is described by the British Film Institute as a precursor to the BBC science fiction anthology series Out of the Unknown, which was produced by Out of This World creator Irene Shubik after she left ABC.

Patrick O’Connell was an Irish actor, known for numerous performances on UK television and in theatre and films. He was brought up in Birmingham, England, and after attending Birmingham Theatre School, won a scholarship to train at RADA.

This is a list of British television related events from 1965.

BBC Sunday-Night Play is the anthology drama series which replaced Sunday Night Theatre in 1960. It was broadcast on what was then BBC Television.