Number Scrabble (also known as Pick15 [1] [2] [3] or 3 to 15 [4] ) is a mathematical game where players take turns to select numbers from 1 to 9 without repeating any numbers previously used, and the first player to amass a personal total of exactly 15 wins the game. [5] [6] The game is isomorphic to tic-tac-toe, as can be seen if the game is mapped onto a magic square. [6]

Number Scrabble is played with the list of numbers between 1 and 9. Each player takes turns picking a number from the list. Once a number has been picked, it cannot be picked again. If a player has picked three numbers that add up to 15, that player wins the game. [5] [6] [7] However, if all the numbers are used and no player gets exactly 15, the game is a draw. [5] [6]

Tic-tac-toe, noughts and crosses, or Xs and Os, is a paper-and-pencil game for two players, X and O, who take turns marking the spaces in a 3×3 grid. The player who succeeds in placing three of their marks in a horizontal, vertical, or diagonal row is the winner. It is a solved game with a forced draw assuming best play from both players. 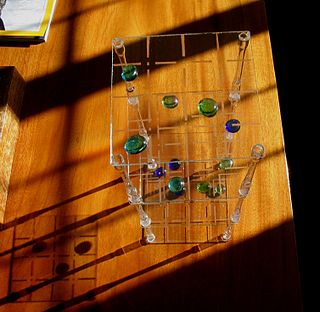 SOS is paper and pencil game for two or more players. It is similar to tic-tac-toe and dots and boxes, but has greater complexity. 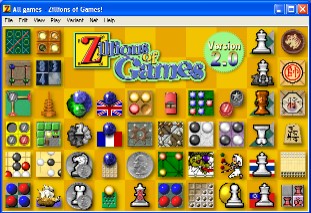 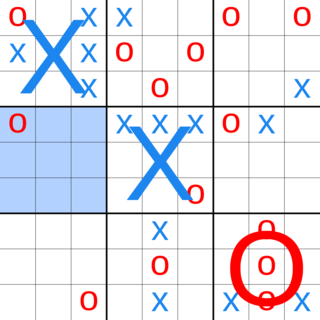 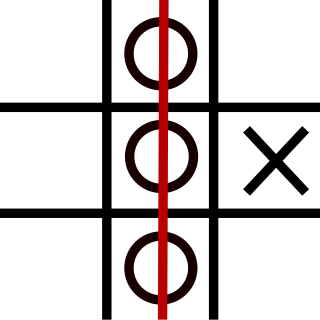 Tic-tac-toe is an instance of an m,n,k-game, where two players alternate taking turns on an m×n board until one of them gets k in a row. Harary's generalized tic-tac-toe is an even broader generalization. The game can also be generalized as a nd game. The game can be generalised even further from the above variants by playing on an arbitrary hypergraph where rows are hyperedges and cells are vertices.

Combinatorial Games: Tic-Tac-Toe Theory is a monograph on the mathematics of tic-tac-toe and other positional games, written by József Beck. It was published in 2008 by the Cambridge University Press as volume 114 of their Encyclopedia of Mathematics and its Applications book series (ISBN 978-0-521-46100-9).

The Matchbox Educable Noughts and Crosses Engine or MENACE was an analogue computer made from 304 matchboxes designed and built by Donald Michie in 1961. It was designed to play human opponents in games of noughts and crosses by returning a move for any given state of play and to refine its strategy through reinforcement learning.