O'Hooley & Tidow are an English folk music duo from Yorkshire. Singer-songwriter Heidi Tidow (pronounced Tee-doe or Tee-dov) performs and records with her wife, singer-songwriter and pianist Belinda O'Hooley, who was formerly a member of Rachel Unthank and the Winterset (now The Unthanks). O'Hooley & Tidow were nominated for Best Duo at the 2013 BBC Radio 2 Folk Awards. [1] Their 2016 album Shadows was given a five-star review in The Guardian , and four of their other five albums, including their 2017 release WinterFolk Volume 1 , have received four-star reviews in the British national press. In 2019 their song "Gentleman Jack", from the album The Fragile , featured as the closing theme for the BBC/HBO television series Gentleman Jack .

Belinda O'Hooley and Heidi Tidow, who were both brought up in Yorkshire, met in Huddersfield in 2005 [2] and started songwriting and performing together in 2009. They share a traditional Irish music background, and have family in County Sligo and County Galway. [3] Tidow also has German heritage on her mother's side. [4]

Silent June was mixed and mastered by Neil Ferguson of Chumbawamba, and also featured Anna Esslemont and Cormac Byrne (both from Uiscedwr), Jackie Oates and the Solo Players string quartet. Its title refers to the words of one of the songs on the album, "Que Sera", about the execution during the First World War of the British nurse Edith Cavell. [nb 1] [14] The album also includes a version of the song "Spancil Hill" and a new song, "Too Old to Dream", incorporating a segment of "When I Grow Too Old to Dream", a popular song with music by Sigmund Romberg and lyrics by Oscar Hammerstein II, [8] published in 1934 and recorded by many artists, most notably Gracie Fields.

O'Hooley & Tidow released a single, "The Last Polar Bear", in November 2011. The song was taken from their second album, The Fragile , [15] featuring Andy Cutting, Jackie Oates, Anna Esslemont and Cormac Byrne, which was released in February 2012. Northern Sky music magazine's reviewer described the song as "utterly beautiful", saying "This is how love songs should be written." [16]

The track was issued in November 2012 as a double single with "Gentleman Jack". That song, also from the album, is about Anne Lister, an early 19th-century Yorkshire lesbian gentlewoman; [17] in 2019, it was chosen to be played over the closing credits of the BBC One/HBO television series Gentleman Jack . [18] The album also includes a cover version of Massive Attack's "Teardrop", voted by music critic Jude Rogers of The Guardian as one of the best tracks of 2012. [19]

In a four-star review, Robin Denselow of The Guardian described the album as an "intriguing, ambitious set". [20]

Their third album, The Hum , was released on 17 February 2014 [21] [22] and received a four-star review in The Irish Times . [23] In a four-star review for The Guardian, Denselow described it as the duo's most experimental album to date with "thoughtful, inventive songs about industry, migrant workers and war alongside a sturdy tribute to Pussy Riot; an exquisite lament about motherhood and sacrifice; a mystical love story about a fox who becomes a woman, and a haunting treatment of Ruins By the Shore, the Nic Jones song of time and decay. Surely one of the albums of the year." [24]

Two songs from the album – "Summat's Brewin'" and "Peculiar Brood" – were released as a single on 20 July 2014. On 7 September 2014 they released a video of a live performance of "Peculiar Brood", a portrayal of suicide bombing from a mother's perspective, using bird imagery. It was filmed by Minster Studios at Holy Trinity Church, Leeds. [25]

In November 2014 O'Hooley & Tidow released a video recording, filmed by Minster Studios at Holy Trinity Church, Leeds, of a brand new song, "The Pixie", that had been commissioned by Billy Bragg and 14-18 NOW to commemorate the First World War at Glastonbury Festival. [26]

David Kidman, for Folk Radio UK, described it as an "exceptional recording" that faithfully captures the "sheer ebullient inventiveness of the duo's musical settings, their committed sense of fun, their consummate, enviable musicality, their serious ability to grab your attention and carry you through the experience". [29]

O'Hooley and Tidow's fifth album, Shadows , was released at the Cambridge Folk Festival in July 2016. [30] It received a five-star review from Robin Denselow in The Guardian. [31] Colin Irwin, reviewing the album for Mojo , said that "the overriding tone of this album is as deep and subtly dramatic as the piano instrumental that gives the long-player its title. [32]

Their sixth album, WinterFolk Volume 1 , released on 3 November 2017, reflects on "some of the darker hued aspects of yuletide, considering the season in an alternative, real way, from the absence or loss of children, to domestic violence at Christmas, from global warming to poverty, religion, displacement, migration and loneliness". [33] It received a four-star review in The Guardian from Jude Rogers, who said: "Belinda O’Hooley and Heidi Tidow’s festive offering is piano-drizzled and string-glistened, its sound as comforting on the ears as favourite jumpers on the body on dark, icy mornings. Comprising reimaginings of their back catalogue, plus a few traditionals and modern covers, some of its subjects are tougher than you’d expect". [34]

In 2021 they released a single, "Chimneys, Moors & Me", which was commissioned by Pennine Prospects for the launch of the South Pennines National Park.

With Grace Petrie, and Rowan Rheingans, Hazel Askew and Hannah James of Lady Maisery, performing as Coven, they released an album, Unholy Choir, in March 2017. [35] [36]

In 2019, it was announced that their song "Gentleman Jack" from the album The Fragile would feature as the closing theme for the BBC/HBO television series Gentleman Jack . [43]

Belinda O'Hooley and Heidi Tidow live in Golcar. They have a son together, Flynn, born in September 2019.

"Teardrop" is a song by English trip hop group Massive Attack. Vocals are performed by Elizabeth Fraser, former lead singer of Cocteau Twins, who also wrote the lyrics. A harpsichord-driven track, "Teardrop" was originally set to feature vocals from Madonna, whom Massive Attack turned down in favour of Fraser. It was released as the second single from the group's third studio album, Mezzanine, on 27 April 1998.

The Unthanks are an English folk group known for their eclectic approach in combining traditional English folk, particularly Northumbrian folk music, with other musical genres. Their debut album, Cruel Sister, was Mojo magazine's Folk Album of the Year in 2005. Of their subsequent albums, nine have received four or five-starred reviews in the British national press. Their album Mount the Air, released in 2015, won in the best album category in the 2016 BBC Radio 2 Folk Awards. In 2017 they released two albums featuring the songs and poems of Molly Drake, mother of singer-songwriter and musician Nick Drake. 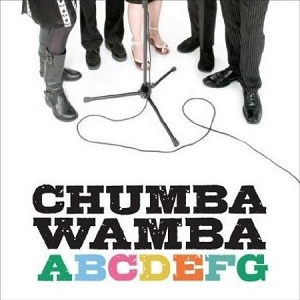 ABCDEFG is the fourteenth and final studio album by Chumbawamba. It was officially released on 1 March 2010, but copies that were pre-ordered from the band's website arrived the week before.

The Bairns was the second album by Rachel Unthank and the Winterset, which then comprised Rachel Unthank, her younger sister Becky, pianist Belinda O'Hooley and fiddle player Niopha Keegan. Produced by Adrian McNally and released by Rabble Rouser on 20 August 2007, it was nominated for the Best Album award at the 2008 BBC Folk Awards and was also nominated for the 2008 Mercury Prize. It received a four-starred review in The Guardian. 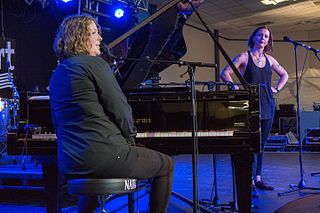 Belinda O'Hooley is a singer-songwriter and pianist from Yorkshire, England. Formerly a member of Rachel Unthank and the Winterset, she now records and performs as O'Hooley & Tidow with her wife Heidi Tidow.

Lucy Victoria Ward is an English singer-songwriter from Derby, England. She performs, with a voice described as expressive and powerful, traditional English folk songs as well as her own material. Three of her albums, Adelphi Has to Fly, Single Flame and I Dreamt I Was a Bird, have been critically acclaimed and have each received four-starred reviews in the British national press.

Jonny Kearney & Lucy Farrell were a contemporary English folk duo. Although they played some traditional songs, most of the songs they sang were their own compositions influenced by the folk tradition, but also songs by other artists such as Bob Dylan, Tom Waits, Cole Porter, Brian Wilson and The Beatles. 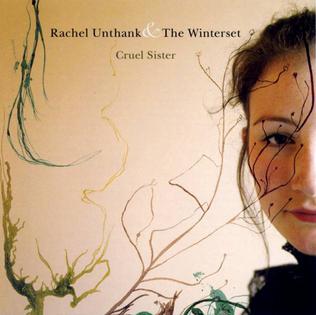 Cruel Sister, the first album by English folk group Rachel Unthank and the Winterset was released on 11 May 2005 and launched at Holmfirth Festival of Folk. Described by BBC Music as "an outstanding debut", it received support from a number of DJs on BBC Radio 2 and was subsequently awarded Folk Album of the Year by MOJO.

Music is My Silence, the first album by Belinda O'Hooley, was released on 13 June 2005 on the Rabble Rouser label, distributed by Cadiz Music. Reviewer David Kidman of Netrhythms.com described it as "a commanding and defiant set of thoroughly contemporary-sounding songs".

Silent June is the first album by O'Hooley & Tidow. Recorded between August and November 2009 at their home in Golcar, Huddersfield, it was released on 22 February 2010 on the No Masters label, distributed by Proper Records. 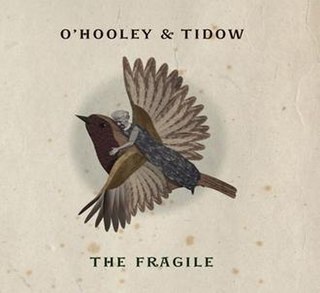 The Fragile, the second album by the folk music duo O'Hooley & Tidow, was released on 9 February 2012 on the No Masters label. It received a four-starred review in The Guardian. The album's title is derived from the words of one of its songs, "Mein Deern", about the dying hours of Heidi Tidow's German grandmother. The album features guest performances by Andy Cutting, Jackie Oates, Jude Abbott, Cormac Byrne, Anna Esslemont, Sam Pegg, The Solo Players and London's Diversity Choir.

The Hum, the third album by the folk music duo O'Hooley & Tidow, was released on 17 February 2014 and received four-starred reviews in The Guardian and The Irish Times. Inspired by the sights and sounds of the Colne Valley, it has been described as "a collection of songs paying homage to the West Riding village of Golcar", the former industrial village in the West Riding of Yorkshire where Belinda O'Hooley and Heidi Tidow share a home together. 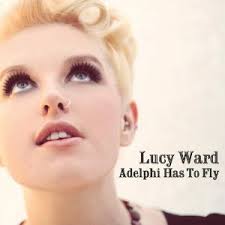 Adelphi Has to Fly, the debut album of British singer-songwriter Lucy Ward, was released in the United Kingdom by Navigator Records on 13 June 2011. It was critically acclaimed and received a four-starred review in The Guardian. 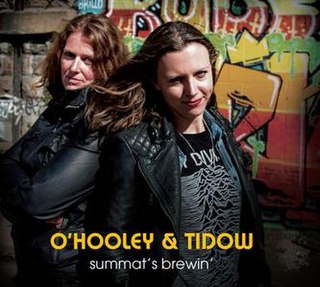 Summat's Brewin', the fourth album by the Yorkshire-based folk music duo O'Hooley & Tidow, was released in August 2015 in a limited edition of 1,000 signed copies. The songs on the album explore society’s fascination with drink, drinking and real ale.

Adrian McNally is a record producer, a composer/songwriter and a musician with English folk group the Unthanks, which he also manages. As well as producing all of the Unthanks' albums he has produced the compilation album Harbour of Songs for which he was commissioned by The Stables in Milton Keynes as part of the London 2012 Cultural Olympiad, an album for Belinda O'Hooley and albums for Jonny Kearney & Lucy Farrell.

Shadows, the fifth album by the Yorkshire-based folk music duo O'Hooley & Tidow, was released on 29 July 2016 on the No Masters label.

WinterFolk Volume 1, the sixth album by the Yorkshire-based folk music duo O'Hooley & Tidow, was released on 3 November 2017 on the No Masters label and distributed by Proper Music. The album is described as reflecting on "some of the darker hued aspects of yuletide, considering the season in an alternative, real way, from the absence or loss of children, to domestic violence at Christmas, from global warming to poverty, religion, displacement, migration and loneliness". 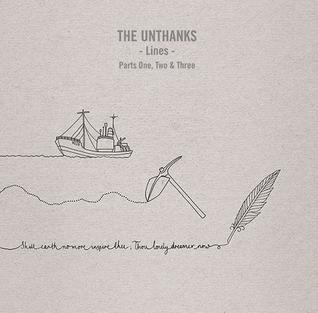 Lines , a trilogy of albums with a poetic theme by English folk group the Unthanks, was pre-released on the band's website in November 2018, on 10" vinyl, CD and download, prior to their official release on 22 February 2019. They were made available as three separate albums and also packaged together in a slipcase.

Inversions is an album, released on 28 June 2019, by British singer-songwriter and pianist Belinda O'Hooley. Jude Rogers in The Guardian called it "a set of beautiful piano and spoken-word pieces". Mike Ainscoe, for Louder Than War, described it "a series of touching and heartfelt outpourings...Revealing and yes, in a way, cathartic, Inversions captures Belinda O'Hooley at her most insightful".