In sports, offense (American spelling) or offence (Commonwealth spelling, see spelling differences; pronounced with first-syllable stress; from Latin offensus ), also known as attack, is the action of attacking or engaging an opposing team with the objective of scoring points or goals. The term may refer to the tactics involved in offense, or a sub-team whose primary responsibility is offense.

Generally, goals are scored by teams' offenses, but in sports such as American football it is common to see defenses and special teams (which serve as a team's offensive unit on kicking plays and defensive on returning plays) score as well. The fielding side in cricket is also generally known as the bowling attack despite the batting side being the side that scores runs. In countries outside North America, the term offence is almost always taken to mean an infraction of the rules, a penalty or foul, and attack is more likely to be used where Americans would use offense. 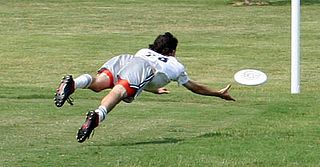 Ultimate, also and originally known as ultimate Frisbee, is a low-contact team sport played with a flying disc (Frisbee). Ultimate was developed in 1968 by a group of students at Columbia High School in Maplewood, New Jersey. Although ultimate resembles many traditional sports in its athletic requirements, it is unlike most sports due to its focus on self-officiating, even at the highest levels of competition. The term Frisbee, often used to generically describe all flying discs, is a registered trademark of the Wham-O toy company, and thus the sport is not formally called "ultimate Frisbee", though this name is still in common casual use. Points are scored by passing the disc to a teammate in the opposing end zone. Other basic rules are that players must not take steps while holding the disc, and interceptions, incomplete passes, and passes out of bounds are turnovers. Rain, wind, or occasionally other adversities can make for a testing match with rapid turnovers, heightening the pressure of play. 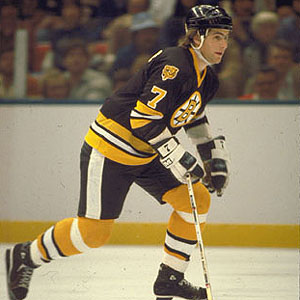 In sports, a utility player is one who can play several positions competently. Sports in which the term is often used include association football, gridiron football, baseball, rugby union, rugby league, softball, Ice hockey, and water polo. 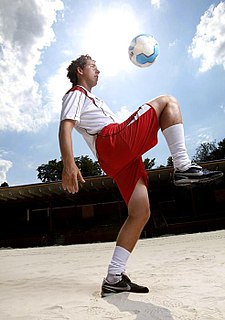 Association football was first codified in 1863 in England, although games that involved the kicking of a ball were evident considerably earlier. A large number of football-related terms have since emerged to describe various aspects of the sport and its culture.