Last updated October 17, 2022
A museum that exhibits collections of buildings and artifacts out-of-doors

An open-air museum (or open air museum) is a museum that exhibits collections of buildings and artifacts out-of-doors. It is also frequently known as a museum of buildings or a folk museum.

Open air is “the unconfined atmosphere…outside buildings...” [1] In the loosest sense, an open-air museum is any institution that includes one or more buildings in its collections, including farm museums, historic house museums, and archaeological open-air museums. Mostly, 'open-air museum is applied to a museum that specializes in the collection and re-erection of multiple old buildings at large outdoor sites, usually in settings of recreated landscapes of the past, and often include living history. They may, therefore, be described as building museums. European open-air museums tended to be sited originally in regions where wooden architecture prevailed, as wooden structures may be translocated without substantial loss of authenticity.

Common to all open-air museums, including the earliest ones of the 19th century, is the teaching of the history of everyday living by people from all segments of society.

The idea of the open-air museum dates to the 1790s. The first proponent of the idea was the Swiss thinker Charles de Bonstetten, and was based on a visit to an exhibit of sculptures of Norwegian peasants in native costumes in the park of Fredensborg Palace in Denmark,"Valley of the Norsemen". [2] He believed that traditional peasant houses should be preserved against modernity, but failed to attract support for the idea. [2]

The first major steps towards the creation of open-air museums was taken in Norway in 1881, when King Oscar II transferred four historic farm buildings and the stave church from Gol to the royal manor at Bygdøy near Oslo (Christiania) for public viewing. [3] This, in turn, in 1884 and 1885 inspired Artur Hazelius, founder of the Nordic Museum in Stockholm, to establish his own open-air museum Skansen, adjacent to the Nordic Museum. Skansen, opened to the public in 1891, was a more ambitious undertaking, including farm buildings from across Sweden, folk costumes, live animals, folk music, and demonstrations of folk crafts. [4] The success of the Nordic Museum and Skansen ensured that the open-air museum idea spread to countries across the world. Already in 1894 the Norwegian Museum of Cultural History (Norsk Folkemuseum) was founded in Oslo by Hans Aall, inspired by Skansen. Aall bought a large tract of land adjacent to King Oscar's royal collections, probably with a merger between them in mind. The open-air Norsk Folkemuseum was opened at Bygdøy in 1902. In 1907 the royal collections were incorporated after the death of King Oscar and the dissolution of the union with Sweden. [5]

Most open-air museums concentrate on rural culture. However, since the opening of the first town museum, The Old Town in Aarhus, Denmark, in 1914, [6] town culture has also become a scope of open-air museums. In many cases, new town quarters are being constructed in existing rural culture museums.

Living-history museums, including living-farm museums and living museums, are open-air museums where costumed interpreters portray period life in an earlier era. The interpreters act as if they are living in a different time and place and perform everyday household tasks, crafts, and occupations. The goal is to demonstrate older lifestyles and pursuits to modern audiences. Household tasks might include cooking on an open hearth, churning butter, spinning wool and weaving, and farming without modern equipment. Many living museums feature traditional craftsmen at work, such as a blacksmith, pewtersmith, silversmith, weaver, tanner, armorer, cooper, potter, miller, sawyer, cabinet-maker, woodcarver, printer, doctor, and general storekeeper.

The North American open-air museum, more commonly called a living-history museum, had a different, slightly later origin than the European, and the visitor experience is different. The first was Henry Ford's Greenfield Village in Dearborn, Michigan (1928), where Ford intended his collection to be “a pocket edition of America”. [7] : 153  Colonial Williamsburg (opened in 1934), though, had a greater influence on museum development in North America. It influenced such projects through the continent as Mystic Seaport, Plimoth Plantation, and Fortress Louisbourg. The approach to interpretation tends to differentiate the North American from the European model. In Europe, the tendency is to usually focus on the buildings.

In North America, many open-air museums include interpreters who dress in period costume and conduct period crafts and everyday work. [7] : 154  The living museum is, therefore, viewed as an attempt to recreate to the fullest extent conditions of a culture, natural environment, or historical period. The objective is immersion, using exhibits so that visitors can experience the specific culture, environment or historical period using the physical senses.

Performance and historiographic practices at American living museums have been critiqued in the past several years by scholars in anthropology and theater for creating false senses of authenticity and accuracy, and for neglecting to bear witness to some of the darker aspects of the American past (e.g., slavery and other forms of injustice). Even before such critiques were published, sites such as Williamsburg and others had begun to add more interpretation of difficult history. [8]

As of 2019, Norway ranks 22nd in the World Economic Forum's Travel and Tourism Competitiveness Report. Tourism in Norway contributed to 4.2% of the gross domestic product as reported in 2018. Every seven in a hundred people throughout the country work in the tourism industry. Tourism is seasonal in Norway, with more than half of total tourists visiting between the months of May and August.

Bygdøy or Bygdø is a peninsula situated on the western side of Oslo, Norway. Administratively, Bygdøy belongs to the borough of Frogner; historically Bygdøy was part of Aker Municipality and became part of Oslo in 1948. 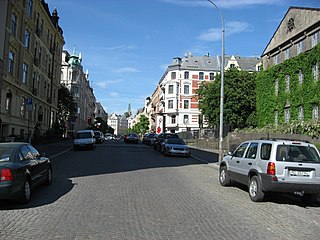 Frogner is a residential and retail borough in the West End of Oslo, Norway, with a population of 59,269 as of 2020. In addition to the original Frogner, the borough incorporates Bygdøy, Uranienborg and Majorstuen. The borough is named after Frogner Manor, and includes Frogner Park. The borough has the highest real estate prices in Norway.

Bunad is a Norwegian umbrella term encompassing, in its broadest sense, a range of both traditional rural clothes as well as modern 20th-century folk costumes. In its narrow sense the word bunad refers only to clothes designed in the early 20th century that are loosely based on traditional costumes. The word bunad in itself is a 20th-century invention.

Norwegian romantic nationalism was a movement in Norway between 1840 and 1867 in art, literature, and popular culture that emphasized the aesthetics of Norwegian nature and the uniqueness of the Norwegian national identity. A subject of much study and debate in Norway, it was characterized by nostalgia. 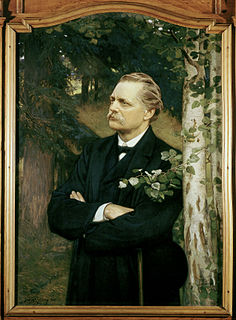 Artur Immanuel Hazelius was a Swedish teacher, scholar, folklorist and museum director. He was the founder of both the Nordic Museum and the Skansen open-air museum in Stockholm.

Norsk Folkemuseum, at Bygdøy, Oslo, Norway, is a museum of cultural history with extensive collections of artifacts from all social groups and all regions of the country. It also incorporates a large open-air museum with more than 150 buildings, relocated from towns and rural districts. 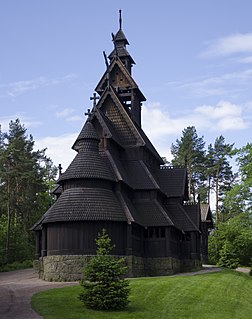 Gol Stave Church is a stave church originally from Gol in the traditional region of Hallingdal in Buskerud county, Norway. The reconstructed church is now a museum and is now located in the Norwegian Museum of Cultural History at Bygdøy in Oslo, Norway.

Hallingdal Museum Nesbyen is an open-air museum at Nesbyen within Nes in Viken county, Norway. 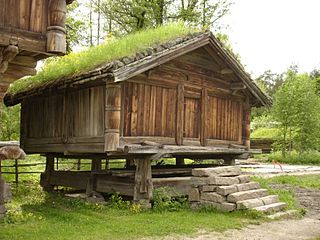 The architecture of Norway has evolved in response to changing economic conditions, technological advances, demographic fluctuations and cultural shifts. While outside architectural influences are apparent in much of Norwegian architecture, they have often been adapted to meet Norwegian climatic conditions, including: harsh winters, high winds and, in coastal areas, salt spray. 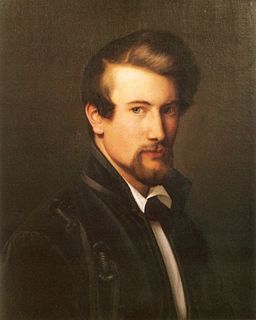 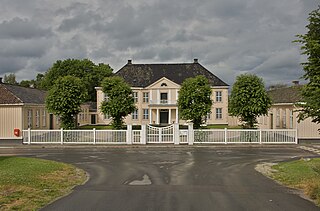 The Telemark Museum is a museum in Telemark, Norway. It includes several buildings across Telemark and is headquartered in Kleiva in the older part of Skien in Vestfold og Telemark county, Norway. The main museum building is located within walking distance of downtown Skien. Telemark Museum includes the Henrik Ibsen Museum in Skien.

A folk museum is a museum that deals with folk culture and heritage. Such museums cover local life in rural communities. A folk museum typically displays historical objects that were used as part of the people's everyday lives. Examples of such objects include clothes and tools. Many folk museums are also open-air museums and some cover rural history. 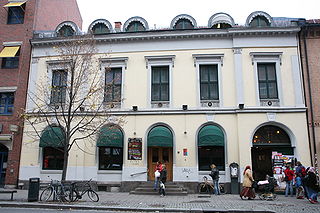 Apoteket Hjorten was a pharmacy located at Grønland in Oslo, Norway. The name "Apoteket Hjorten" is used for a number of pharmacies in several Norwegian cities such as Fredrikstad and Trondheim. The pharmacy is now renamed to Vitusapotek Hjorten, and the modern building is located in Smalgangen 5.

Helmer Andersen Gjedeboe was a non-commissioned military officer. He served as a representative at the Norwegian Constitutional Assembly.

The Norwegian Pharmacy Museum is located on Bygdøy in Oslo, Norway. It is operated in cooperation with the Norwegian Museum of Cultural History.

Look up open-air museum in Wiktionary, the free dictionary.