The Paraguayan Navy (Spanish : Armada Paraguaya) is the maritime force of the Armed Forces of Paraguay, in charge of the defense of Paraguay's waters despite not having direct access to the sea.

Although Paraguay is a landlocked country, it has a strong naval tradition by virtue of the fact that it has access to the Atlantic Ocean through the Paraguay–Paraná rivers. The Paraguayan Navy has twelve bases. The main base is the Puerto Sajonia in Asuncion, followed by Bahia Negra, Ciudad del Este, Encarnacion, Salto del Guaira. It also has aviation facilities in Puerto Sajonia. [2]

In terms of vessels, the Navy has 34 surface ships, some of which have reached centenarian age. (This is due in part to limited use and floating in fresh water.) The main vessels and the flagship of the Paraguay Navy is still Humaita, which was commissioned prior to Paraguay's involvement in the Chaco War. It has a further four patrol vessels, of which the oldest was commissioned in 1908 and the newest in 1985. The Navy has 17 patrol boats of various drafts, four of which were donated by Taiwan and the United States, while the other 13 were built locally. The rest of the fleet is composed of tugboats, barges, landing craft, transports, and a presidential yacht. The new additions are four Croc-class riverine vessels from Australia, plus 43 locally built riverline patrol vessels constructed from 2006–2009. For air support, one Helibras HB350 helicopter is used to provide SAR, MEDEVAC and utility work [3]

Its main mission is to contribute to the defense of Paraguay, in order to protect and guarantee sovereignty over its water resources.

The rank insignia of commissioned officers.

The rank insignia of non-commissioned officers and enlisted personnel. 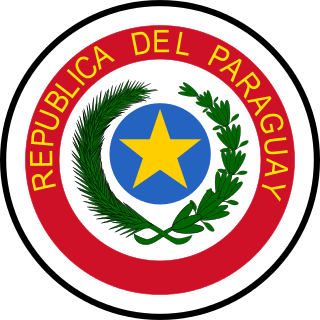 The Armed forces of Paraguay consist of the Paraguayan army, navy and air force. 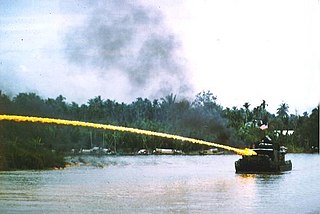 The term brown-water navy or riverine navy refers in its broadest sense to any naval force capable of military operations in littoral zone waters. The term originated in the United States Navy during the American Civil War, when it referred to Union forces patrolling the muddy Mississippi River, and has since been used to describe the small gunboats and patrol boats commonly used in rivers, along with the larger "mother ships" that supported them. These mother ships include converted World War II-era Landing Crafts and Tank Landing Ships, among other vessels.

Murature was a 900-ton World War II era Argentine Navy warship, originally classified as minelayer and later as patrol boat. The vessel was named after José Luis Murature, Foreign Minister of Argentina from 1916 to 1918. 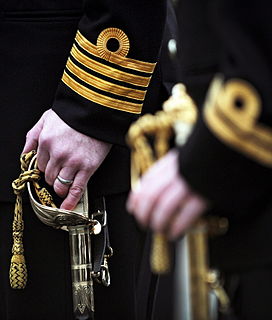 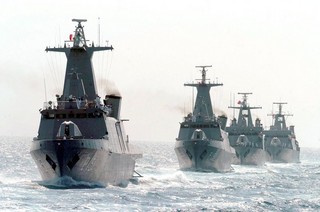 The Sierra-class corvettes are corvettes of the Mexican Navy intended mainly for interception of drug smugglers, exclusive economic zone (EEZ) patrol, and countering terrorism. The class comprises four ships with the lead ship ARM Sierra commissioned by the Mexican Navy in 1998. One ship, ARM Benito Juárez, was sunk as a target ship in 2007 after being wrecked by fire in 2003. The other three vessels remain in service. 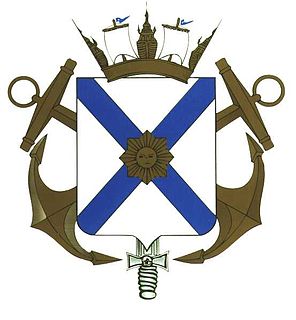 The National Navy of Uruguay is a branch of the Armed Forces of Uruguay under the direction of the Ministry of National Defense and the commander in chief of the Navy.

ARP Tacuary was a riverine gunboat in service on the Paraguayan Navy for almost a century. She was built in 1907 by T. & J. Hosking, Ireland, as the steel-hulled yacht Clover and initially named Adolfo Riquelme when acquired in 1911. From 1930 the ship bore the name of another gunboat, which was the first Paraguayan naval vessel to cross the Atlantic in 1855. 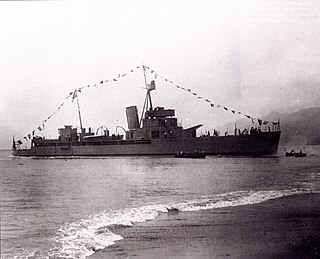 The Humaitá-class gunboat was a two-unit class of riverine gunboats designed by Paraguayan naval engineer José Bozzano and built in Genoa, Italy, for the Paraguayan Navy from 1928 to 1931. The warships played a key role as fast armed transports during the Chaco War with Bolivia.

ARA King is a World War II-era Argentine Navy warship, originally classified as minelayer and later as patrol ship. The vessel is named after Juan King, an Argentine naval officer that served in the Cisplatine War. It is the third Argentine naval ship with this name.

ARA Zurubí (P-55) is a patrol boat of the Argentine Navy, built in the Río Santiago Shipyard in 1938 and based in Ushuaia. The vessel is named after the Surubí, a catfish that inhabits Argentina’s Mesopotamia, and is the first Argentine naval ship with this name.

ARA Azopardo was a tugboat of the Argentine Navy, built in the Bethlehem Shipyard in 1919 and transferred to Argentina in 1922. It was based at the port of Buenos Aires and later at Puerto Belgrano, and was decommissioned in 1941. The vessel was named after the Juan Bautista Azopardo, a Maltese privateer and officer of the Argentine Navy during the Independence and Cisplatine wars, and was the second Argentine naval ship with this name.

ARA Azopardo was a steam transport of the Argentine Navy, built in the Stabilimento Tecnico Triestino and sold to Argentina in 1884. It was based, among others, in the port of Buenos Aires and later Ushuaia, and was decommissioned in 1922 after being sunk in an accident; it was refloated and sunk in 1924 as a target. The vessel was named after the Juan Bautista Azopardo, a Maltese privateer and officer of the Argentine Navy during the Independence and Cisplatine wars, and was the first Argentine naval ship with this name.

The Murature-class patrol ships are a class of World War II era Argentine Navy warships, originally classified as minelayers and later reclassified as patrol ships. The class is named after José Luis Murature, Foreign Minister of Argentina from 1916 to 1918. 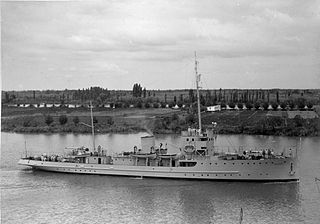 The Bouchard-class minesweepers were a class of nine minesweepers, designed and built in Argentina, in service with the Argentine Navy from 1937 to the late 1960s. One of the class was lost after running aground in the Straits of Magellan and the remaining eight were discarded. Three were transferred to the Paraguayan Navy and remained in service as of late 1990s. In Paraguayan service, they were used for river patrol work. One of the class was docked in Asunción, Peru in 2009 with the intention of converting the vessel to a museum ship 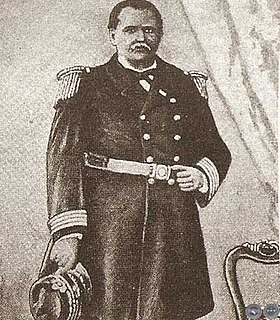 Pedro Ignacio Meza was a Paraguayan commodore who commanded the Paraguayan Navy in the early years of the War of the Triple Alliance until his death at the Battle of the Riachuelo.

The assault on the battleship Barroso and the monitor Rio Grande, also known as assault on the battleships at Tagy, was a Paraguayan naval operation carried out during the Paraguayan War. The Imperial Brazilian Navy was present in the main actions of the allied forces. President Francisco Solano López knew of the threat that the navy posed and wanted to capture some of its ships, the ironclads. The seizure was also seen as a form of compensation for the losses incurred as a result of the war. Assault plans were created and executed in 1868.