Vice admiral is a senior naval flag officer rank, equivalent to lieutenant general and air marshal. A vice admiral is typically senior to a rear admiral and junior to an admiral. In many navies, [1] vice admiral is a three-star rank with a NATO code of OF-8, although in some navies like the French Navy it is an OF-7 rank, the OF-8 code corresponding to the four-star rank of squadron vice-admiral.

In the Royal Australian Navy, the rank of vice admiral is held by the Chief of Navy and, when the positions are held by navy officers, by the Vice Chief of the Defence Force, the Chief of Joint Operations, and/or the Chief of Capability Development Group.

Vice admiral is the equivalent of air marshal in the Royal Australian Air Force and lieutenant general in the Australian Army.

In Bangladesh, Vice Admiral is a Three Star Admiral rank of the Bangladesh Navy.

The rank insignia of a Canadian vice-admiral is as follows:

Two rows of gold oak leaves are located on the black visor of the white service cap. From 1968 to June 2010, the navy blue service dress tunic featured only a wide gold braid around the cuff with three gold maple leaves, beneath crossed sword and baton, all surmounted by a St. Edward's Crown located on cloth shoulder straps.

Vice-admirals are addressed by rank and name; thereafter by subordinates as "Sir" or "Ma'am". Vice-admirals are normally entitled to a staff car; the car will normally bear a flag, dark blue with three gold maple leaves arranged one over two.

A vice-admiral generally holds only the most senior command or administrative appointments, barring only Chief of Defence Staff, which is held by a full admiral or general. Appointments held by vice-admirals may include:

Charles, Prince of Wales holds the honorary rank of vice admiral in the Royal Canadian Navy. [11]

In France, vice-amiral is the most senior of the ranks in the French Navy; higher ranks, vice-amiral d'escadre and amiral, are permanent functions, style and position (in French rang et appellation) given to a vice-amiral-ranking officer. The vice-amiral rank used to be an OF-8 rank in NATO charts, but nowadays, it is more an OF-7 rank.

Vizeadmiral is an OF-8 three-star rank equivalent to the German Heer and Luftwaffe rank of Generalleutnant .

In India, Vice Admiral is a Three Star admiral rank of the Indian Navy.

In Italy, the equivalent to vice admiral is the ammiraglio di squadra or squadron admiral .

In the Philippines, the rank vice admiral is the highest-ranking official of the Philippine Navy. He is recognized as the Flag Officer In-Command of the navy, an equivalent rank of the Chief Naval Operations in the U.S. Navy.

Before World War II, the vice admiral was the highest rank in the Polish Navy. Jozef Unrug was one of the only two officers to achieve the rank. The other was Jerzy Świrski. Poland had only one sovereign sea port, Port of Gdynia, and was slowly building a small modern navy that was to be ready by 1950. The navy was not a priority for obvious reasons. At present, it is a "two--star" rank. The stars are not used; however, the stars were used in between 1952 and 1956 and are still used in the vice admiral's pennant.

In Vietnam, the equivalent to Vice Admiral is the Phó Đô Đốc which is a 2-star rank. It is below the Admiral (3 stars) and above Rear Admiral (1 star).

Among the several grand admirals appearing in fiction and science fiction, one notable figure is Vice Admiral Monkey D. Garp of the One Piece manga series.

Admiral is one of the highest ranks in some navies, and in many navies is the highest rank. The rank is generally thought to have originated in Sicily from a conflation of Arabic: أمير البحر‎, amīr al-baḥr, "prince in Arabic; supervisor in Turkic; (commander) of the sea", with Latin admirabilis ("admirable") or admiratus ("admired"), although alternative etymologies derive the word directly from Latin, or from the Turkish military and naval rank miralay. The French version—amiral without the additional d—tends to add evidence for the Arab origin.

Rear admiral is a senior naval flag officer rank, equivalent to Major General and Air Vice Marshal and above that of a commodore and captain, but below that of a vice admiral. It is regarded as a two star "admiral" rank.In many navies it is referred to as (OF-7)/(O-7). 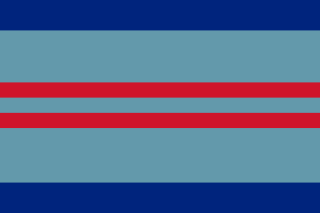 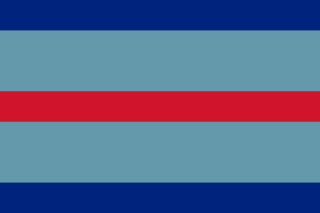 Air marshal is a three-star air-officer rank which originated in and continues to be used by the Royal Air Force. The rank is also used by the air forces of many countries which have historical British influence, including the Commonwealth, and it is sometimes used as the English translation of an equivalent rank in countries which have a non-English air force-specific rank structure.

Vizeadmiral, short VAdm in lists VADM, is a senior naval flag officer rank in the German Navy. It is equivalent to Generalleutnant in the Heer and Luftwaffe or to Admiraloberstabsarzt and/or Generaloberstabsarzt in the Zentraler Sanitätsdienst der Bundeswehr.

An admiral of the fleet or fleet admiral is a military naval officer of the highest rank. In many nations the rank is reserved for wartime or ceremonial appointments. It is usually a rank above admiral, and is often held by the most senior admiral of an entire naval service. 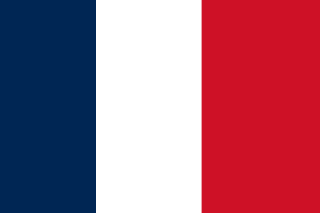 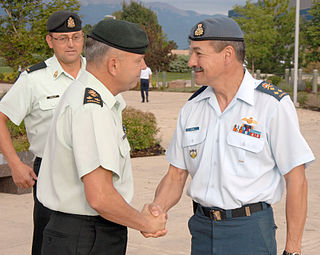 An officer of two-star rank is a senior commander in many of the armed services holding a rank described by the NATO code of OF-7. The term is also used by some armed forces which are not NATO members. Typically, two-star officers hold the rank of rear admiral, counter admiral, major general, or in the case of those air forces with a separate rank structure, air vice-marshal. 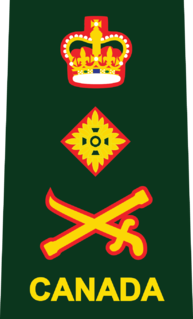 The military rank of general in Canada is typically held by only one officer whose position is Chief of the Defence Staff (CDS) and the senior uniformed officer of the Canadian Forces. The rank is referred to as "four-star", a reference to its American equivalent. It is the equivalent of the naval rank of admiral. Prior to the 1968 unification of the Canadian Forces, the equivalent rank in the Royal Canadian Air Force was air chief marshal. 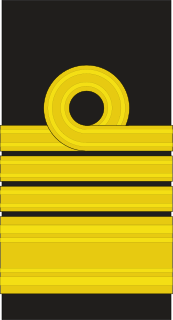 The rank of admiral in Canada is typically held by only one officer whose position is Chief of the Defence Staff and the senior uniformed officer of the Canadian Forces. It is equivalent to the army and air force rank of general.

Captain at sea is a naval rank corresponding to command of a ship-of-the-line or capital ship.