Ranks of the Imperial Japanese Navy

The following graphs present the rank insignia of the Imperial Japanese Navy from its establishment in 1868 to its defeat during World War II in 1945 (with some changes in April and November 1942 [1] [2] ). These designs were used from 1931 onward. For the typical Navy, star modelling cherry blossom was used for showing their ranks/branches, but the Naval Reserve personnel wore the compass based star [lower-alpha 1] before 1942, when the Reserve and Special Duty Officers were merged with the typical naval personnel's insignia.

All commissioned officer rank names were the same as their army counterparts. The navy would prefix the common rank names with 海軍 (Kaigun), while the army would prefix them with 陸軍 (Rikugun), meaning "Navy" and "Army", respectively. There was a minor difference in pronunciation of character 大 for Navy Lieutenant and Navy Captain. The navy pronounced it as Dai, while the army pronounced it as Tai. However, this pronunciation difference was not officially enacted.

Regular Officers (将校 Shōkō) were graduates of Imperial Japanese Naval Academy. Reserve Officers (予備将校 Yobi-shōkō) were university or college graduates, as opposed to going through the naval academy. Special Duty Officers (特務士官 Tokumu-shikan) were the officers with the rank of Lieutenant or below, who were promoted from the rank of Warrant Officer (starting from the enlisted ranks). [2] [3] [4] Typically the ranks discriminated in a way that the priority of taking command for Special Duty Officers was lower than that of Regular Officers or Reserve Officers. [lower-alpha 2] The distinction between Special Duty Officers and Regular/Reserve Officers was also highlighted in the rank insignia (see the table for details). This difference in the rank insignia was abolished in 1942, but the system itself remained.

The rank Commodore was not established but the Captain who was commanding the central ship in the fleet, usually close to being promoted to the rank of Rear-Admiral, or acting as the unit commander (which was usually held by a Rear-Admiral) nominally became a flag officer by raising the "Commodore Flag".

See the table below for details regarding the officer ranks and insignia: [5]

Midshipman and Warrant Officer's collar insignia is same (both were treated as officer-equivalent), but in detail, midshipman's position is above Warrant Officer. Furthermore, midshipman rank was not via commissioned, but it was via ordered or warranted. Cadet is much likely to be classified as a slightly higher than non-commissioned officer, since the cap's line is only one, compared to the commissioned officer's cap which has two lines and the type 3 uniform is based on the enlisted personnel.

See the table below for details regarding the cadet/WO ranks and insignia:

For seamen and petty officers, which were selected from enlisted men or conscripts and given training in the Navy's service/technical school, the names were different from the army names but were equal in rank. Different service branches within the navy had their specialisation augment the common rank name. For example, Imperial Japanese Navy Air Service (IJNAF) had "Flight" (飛行 Hikō) [lower-alpha 6] incorporated into the common rank name, such as Flight Petty Officer First Class (一等飛行兵曹 Ittō-hikō-heisō) or Flight Seaman Second Class (二等飛行兵 Nitō-hikō-hei). [1] [2] For practical use, these rank names were often shortened to 一飛曹 (Ippisō) or 二飛 (Nihi), respectively. [1] The enlisted rank insignia were changed in April 1942 [2] and the common rank names were updated in November 1942. [1] [2] [4]

See the table below for details regarding the enlisted/NCO ranks and insignia: [5]

The branch of the Navy in which non-executive personnel served was indicated by a colour code. For officers, including midshipmen, it was the colour of cloth placed as background to the cuff stripes, on both sides of the gold lace on the shoulder boards, and as longitudinal piping on the collar patches. Midshipmen and cadets wore a coloured anchor on the cap, which cadets wore on the shoulder boards as well. [5] The branch of enlisted men was denoted by the colour of the cherry blossom flower on their rank patch; line personnel using the default gold. 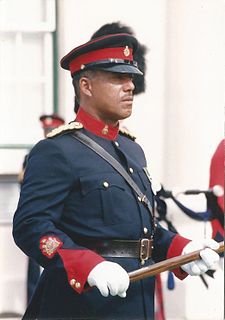 Senior chief petty officer is an enlisted rank in the navies of some countries.

The peaked cap, service cap, barracks cover or combination cap is a form of headgear worn by the armed forces of many nations, as well as many uniformed civilian organisations such as law enforcement agencies and fire departments. It derives its name from its short visor, or peak, which was historically made of polished leather but increasingly is made of a cheaper synthetic substitute.

Following the end of World War II in Asia, after the surrender of Japan, the Imperial Japanese Army and Imperial Japanese Navy were dissolved by the Supreme Commander for the Allied Powers during the occupation of Japan. The symbols below represent the ranks of the Japan Self-Defence Forces: the Japan Ground Self-Defence Force, the Japan Air Self-Defence Force, and the Japan Maritime Self-Defence Force which replaced the imperial military in 1954. The 1938–1945 Japanese military and naval ranks were phased out after World War II. The self-defence force breaks away from the Sino-centric tradition of non-branch-specified ranks, each JSDF rank with respect to each service carries a distinct Japanese title, although equivalent titles in different branches are still similar, differing only in the use of the morphemes riku (ground) for the army ranks, kai (maritime) for the naval ranks, and kū (air) for the aviation ranks.

The Italian Army ranks are the ranks used by the Italian Army and are worn on epaulettes of shirts. The Army of Italy contains levels of ranks showing both their officers' status and seniority as dedicated members of the Italian militia. Although altered throughout history, the current ranks stand as the lowest rank being "soldato semplice" and the highest rank being "generale". There are a total of 32 ranks within 7 categories. These categories include: temporary service volunteers, permanent service volunteers, sergeants, marshals (NCOs), junior officers, senior officers, and generals. 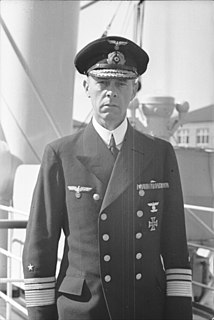 Ranks and insignia of the Russian Federation's armed forces from 1994 to 2010 were affected by the disintegration of the former Soviet armed forces, and there were other changes in insignia design when the newly established Russian Federation came into existence. The ranks depicted below were replaced with those adopted by decree № 293 of the President of the Russian Federation on 11 March 2010. The transition began with the issue of new military uniforms to the armed services in 2008 in the Moscow area and in 2010 nationwide. The ranks of marshal of the branch and chief marshal were officially abolished as a result of the 1994 regulations.