This is a list of World War II battles, sorted by front location.

The Asiatic–Pacific Campaign Medal is a United States military award of the Second World War, which was awarded to any member of the United States Armed Forces who served in the Asiatic-Pacific Theater from 1941 to 1945. The medal was created on November 6, 1942 by Executive Order 9265 issued by President Franklin D. Roosevelt. The medal was designed by Thomas Hudson Jones; the reverse side was designed by Adolph Alexander Weinman which is the same design as used on the reverse of the American Campaign Medal and European-African-Middle Eastern Campaign Medal.

The 13th Panzer Division was an armoured division in the German Army, the Wehrmacht, during World War II, established in 1940. 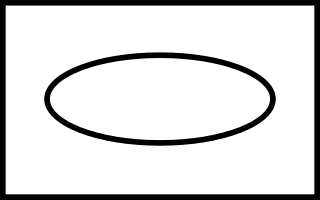 The 6th Panzer Division was an armoured division in the German Army, the Heer, during World War II, established in 1939.

The German 18th Infantry Division was formed on 1 October 1934 as Infanterieführer III in Liegnitz and renamed 18. Infanterie-Division on 15 October 1935. Mobilized in August 1939 it participated in the Invasion of Poland and in 1940 in the Battle of France. After the French campaign the division was motorized and redesignated 18th Motorized Infantry Division on 1 November 1940 serving on the Eastern Front for the remainder of the war. In June 1943 the division was redesignated 18th Panzergrenadier Division.

David M. Glantz is an American military historian known for his books on the Red Army during World War II, and as the chief editor of The Journal of Slavic Military Studies.

The strategic operations of the Red Army in World War II were major military events carried out between 1941 and 1945 on the Eastern Front or in 1945 in the Far East during the Second World War. Such operations typically involved at least one Red Army Front - the largest functional unit of the Soviet armed forces. The operations could be defensive, offensive, a withdrawal, an encirclement, or a siege - always conducted by at least two Services of the armed forces and often included the naval forces. In most cases the Stavka divided the strategic operations into operational phases which were large operations in their own right. In very few cases the phases were tactical, such as those requiring amphibious landings.

The 227th Infantry Division named "Rheinisch-Westfälische" was created on 26 August 1939 in Krefeld. The division was deployed for the last time in February 1945 in the Tuchola Forest. 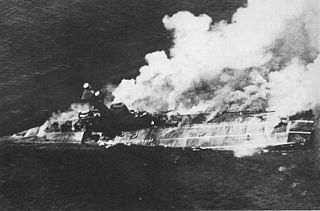 XIII Army Corps was a corps of the German Army during World War II. Made up of several divisions, which varied from time to time, it was formed in Nuremberg on 1 October 1937.