The first phase saw the capitulation of the Netherlands, Belgium, and France during May and June 1940 after their defeat in the Low Countries and the northern half of France, and continued into an air war between Germany and Britain that climaxed with the Battle of Britain.

After capitulation, France was governed as Vichy France headed by Marshal Philippe Pétain. From 1940 to 1942, while the Vichy regime was the nominal government of all of France except for Alsace-Lorraine, the Germans and Italians militarily occupied northern and south-eastern France. 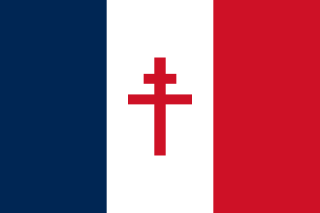 Joseph Darnand was a soldier in the French and later German militaries, a leader of the Vichy French collaborators with Nazi Germany and a Waffen-SS officer.

From 1939 until 1940, the French Third Republic was at war with Germany. The period from 1940 until 1945 saw competition between Vichy France and the Free French Forces under General Charles de Gaulle for control of the overseas empire. In 1944, after the landings of the Allies in France, they expelled the German Army, putting an end to the Vichy Regime.

The Provisional Government of the French Republic (PGFR; French: Gouvernement provisoire de la République française was an interim government of Free France between 1944 and 1946 following the liberation of continental France after Operations Overlord and Dragoon, and lasted until the establishment of the French Fourth Republic. Its establishment marked the official restoration and re-establishment of a provisional French Republic, assuring continuity with the defunct French Third Republic.

The Service d'ordre légionnaire was a collaborationist militia created by Joseph Darnand, a far right veteran from the First World War. Too radical even for other supporters of the Vichy regime, it was granted its independence in January 1943, after Operation Torch and the German occupation of the South Zone, until then dubbed "Free Zone" and controlled by Vichy. Pierre Laval himself passed the law which accorded the SOL its independence and transformed it into the Milice, which participated in battles alongside the Nazis against the Resistance and committed numerous war crimes against civilians. After the Liberation, some members of the Milice escaped to Germany, where they joined the ranks of the SS. Those who stayed behind in France faced either drumhead courts-martial, generally followed by summary execution, or simple lynching at the hands of résistants and enraged civilians. 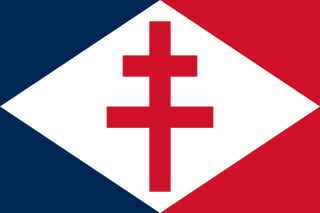 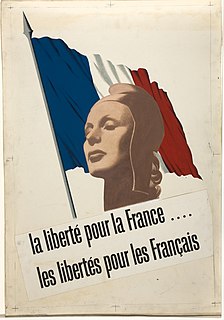 The French Committee of National Liberation was a provisional government of Free France formed by the French generals Henri Giraud and Charles de Gaulle to provide united leadership, organize and coordinate the campaign to liberate France from Nazi Germany during World War II. The committee was formed on 3 June 1943 and after a period of joint leadership, on 9 November it came under the chairmanship of de Gaulle. The committee directly challenged the legitimacy of the Vichy regime and unified all the French forces that fought against the Nazis and collaborators. The committee functioned as a provisional government for Algeria and the liberated parts of the colonial empire. Later it evolved into the Provisional Government of the French Republic, under the premiership of Charles de Gaulle. 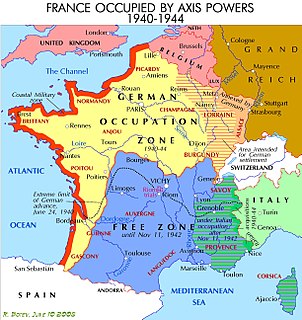 Led first by Philippe Pétain, the Vichy regime that replaced the French Third Republic in 1940 chose the path of collaboration with the Nazi occupiers. This policy included the Bousquet-Oberg accords of July 1942 that formalized the collaboration of the French police with the German police. This collaboration was manifested in particular by anti-Semitic measures taken by the Vichy government, and by its active participation in the genocide. 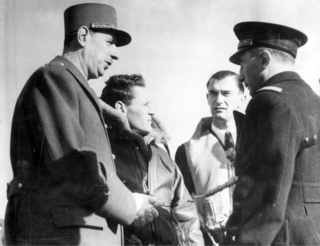 The Empire Defense Council was the embodiment of Free France which constituted the government from 1940 to 1941. Subsequently, this role was assumed by the French National Committee.

Free French Africa is the political entity which collectively represents the colonial territories of France on African soil which rallied to Free France formed by General de Gaulle during the Second World War in order to continue the struggle against Nazi Germany and the Axis forces.