Picnicface was a Canadian sketch comedy troupe based in Halifax, Nova Scotia, consisting of Mark Little, Andrew Bush, Kyle Dooley, Cheryl Hann, Brian MacQuarrie, Evany Rosen, Scott Vrooman and Bill Wood. Formed in 2006, the group were most noted for a 13-episode sketch comedy television series which aired on The Comedy Network in 2011. [3] 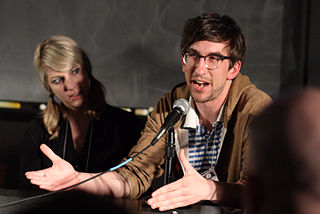 Mark Thomas Little is a Canadian actor and comedian. He is best known for his appearances on the CBC Television sitcom Mr. D, playing Simon Hunt, the Xavier Academy science teacher, and his work with Picnicface.

The group has performed in Vancouver, Edmonton, Toronto, and other Canadian cities. They have had a special on CBC Radio and had a weekly sketch and improv comedy show in Halifax. [4]

In 2011, Picnicface were featured in a film called Roller Town and a satirical book about Canada for HarperCollins Canada called Picnicface's Canada .

Thirteen episodes have been ordered by The Comedy Network. [2] Picnicface aired on Wednesday nights at 10:30 pm Eastern/9:30 pm Central. The series was executive-produced by Mark McKinney from The Kids in the Hall . [5] 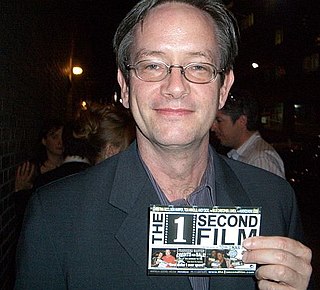 Mark Douglas Brown McKinney is a Canadian actor and comedian, best known for his work in the sketch comedy troupe The Kids in the Hall. Following the run of their television series and feature film, he was a cast member in Saturday Night Live from 1995 to 1997. From 2003 to 2006, he co-created, wrote and starred in the acclaimed series Slings & Arrows, a TV show about a Canadian theatre company struggling to survive while a crazy genius director haunted by his dead mentor helps the actors find authenticity in their acting. McKinney currently has a regular role as Glenn on the NBC comedy Superstore and appeared as Tom in FXX's Man Seeking Woman.

The Canadian Comedy Awards (CCA) is an annual ceremony that celebrates achievements in Canadian comedy in live performances, radio, film, television and internet media. The awards, also known as Beavers, were founded and produced by Tim Progosh in 2000. The inaugural show was broadcast on The Comedy Network.

In late April 2012, Bell Media, the network's owner, decided not to renew the series for a second season. [7]

Gary Pearson is a Canadian comedian, and television writer producer. He grew up in the southwestern Ontario village of Comber. Taking an early interest in politics and art, he began to do editorial cartoons for the nearby weekly newspaper The Tilbury Times.

Jay Malone is a Canadian comedian from Kentville, Nova Scotia.

Aurora Browne is a Canadian actress and comedian, best known as one of the creators and stars of the sketch comedy series Baroness von Sketch Show.

Ron Sparks is a Canadian comedian, actor, writer and producer. He was born in Chatham-Kent, Ontario and lives in Toronto, Ontario. He is best known as an alternative comedian and frequent guest on CBC Radio 1's The Debaters, and on TV as a regular and favourite juror on MuchMusic's highest-rated show, Video on Trial, also starring as The Judge in the Stars on Trial Christmas special and various other VOT spin-offs.

Daniel Joseph Levy is a Canadian actor, writer, producer, and television personality. He is the son of comedian and actor Eugene Levy and screenwriter Deborah Divine Levy. Dan Levy hosted an aftershow for The Hills that aired on MTV Canada for several seasons.

Sebastian Cluer is a Director, Producer and Writer born and raised in Toronto, Ontario, Canada.

The Royal Canadian Air Farce is a comedy troupe best known for their radio and television series which were broadcast in Canada by the Canadian Broadcasting Corporation. Although their weekly radio series ended in 1997 and their television series ended in 2008, the troupe are still active through an annual New Year's Eve special on CBC Television.

Kim's Convenience is a Canadian television sitcom that premiered on CBC Television in October 2016. The series centres on the Korean Canadian Kim family who run a convenience store in the Moss Park neighbourhood of Toronto: parents "Appa" and "Umma" – Korean for "dad" and "mom" – along with their daughter Janet and estranged son Jung. Additional characters include Jung's friend and co-worker Kimchee and his manager Shannon. The series is based on Ins Choi's 2011 play of the same name.

Cavendish is a Canadian television sitcom, premiering on CBC Television in January 2019. Created by Mark Little and Andrew Bush, formerly of the sketch comedy troupe Picnicface, the series stars Little and Bush as Mark and Andy, brothers returning to their childhood home in Cavendish, Prince Edward Island for the first time since their parents' divorce, only to find that life in the town is much stranger and more surreal than they remember.