Radio Rentals was formed in 1930 [1] in Brighton, Sussex, UK to rent out radio sets by Percy Perring-Thoms with a turnover in the first year of £780 (equivalent to £49,677in 2019). It later moved into televisions and ultimately video recorders. In 1964 it merged with RentaSet, Joseph Robinson's similarly formed company. [1] Then in 1968 it was acquired by Thorn Electrical Industries and joined with Thorn's DER chain (founded 1938) as part of Thorn Television Rentals (TTR) though the two companies were run completely separately with different staff and vehicles etc. In 1980 TTR and thus Radio Rentals became part of the merged Thorn EMI, and in 2000 it merged with Granada Limited to form Boxclever. The company still trades as Radio Rentals in Australia.

Radio Rentals operated mainly in the UK, having started life in Boyces Street Brighton, Sussex, England. Growth of a public TV service after the war encouraged more people to want TV sets but they were expensive, leaving an opportunity for companies like RR to offer them at a monthly rental price which was much more affordable. With the coming of colour services, initially on BBC2 only, a further opportunity for renting was created. On 15 November 1969, colour broadcasts on both BBC channels and the ITV network became available from the main transmitter sites around the UK. This led to a boom in rental of the sets.

Later, in the latter 1970s, video recorders appeared on the market but were expensive. Only 5% of UK households had video recorders in 1980. Radio Rentals elected to offer Baird branded JVC VHS machines from 1977 onwards. With the advent of satellite broadcasting in the 1980s, Radio Rentals offered a range of equipment for rent, enabling more viewers to watch both Sky Television services and British Satellite Broadcasting services (these broadcasters were later to merge and form British Sky Broadcasting).

They also offered a small range of white goods, mainly from Philips/Whirlpool.

At its peak, Radio Rentals claimed it had more than 2 million customers, over 500 shops and employed 3,600 technicians, 2,700 skilled installers plus a large ancillary staff. They had sales and service locations across the UK, the RR logo being a common sight on many High Streets.

The urge to rent instead of buy reduced as domestic electronics became cheaper and more reliable, with greater use of integrated circuits and better design methods. The company went through many restructures, shedding staff and rebranding itself. In common with other well known rental brands, it could not sustain a viable business model and has ceased to trade, merging with Granada Limited's rental arm to form Boxclever.

The Australian branch of Radio Rentals began in 1937 with the opening of a single store on Market Street, Sydney. [2] Since this date, Radio Rentals continued to expand and open stores across Australia, including the launch of 'Rentlo' in South Australia. In April 2015 Rentlo was rebranded to RR Rentlo Reinvented. Radio Rentals is a household appliance, technology and furniture rental service. Today, Radio Rentals and RR Rentlo Reinvented have more than 90 stores Australia wide and more than 500 employees. The Australian stores continued to trade under the Thorn Group, with James Marshall as the current CEO and managing director, appointed in 2014. [3] On 23 April 2020, due to the COVID-19 induced retail downturn, Radio Rentals announced the permanent closure of its 62 bricks-and-mortar stores and selected warehouses, continuing as a purely online business. [4]

In 2008 the Thorn Group, who operates Radio Rentals, launched Big Brown Box; an online retailer of brown goods and consumer technology gadgets. [5] The site later expanded to include computers and whitegoods. Thorn Group decided to offload the business in November 2010, with the CEO, John Hughes, saying that while Thorn Group "still believes strategically in online and the potential of BigBrownBox.com.au" the company had to take a pragmatic view on the business given the group's limited resources. [6] Big Brown Box was later purchased and relaunched by Appliances Online [ citation needed ].

In 2015, a report by Credit Suisse found that for the financial year 2014/15, A$90 million of Radio Rentals and RR Rentlo Reinvented Australia's total revenue of A$197 million came from payments made by government benefit recipients using the Commonwealth Department of Human Services direct debit Centrepay system. The report also stated that around half of this amount, approximately A$45 million, related to the purchase of entertainment items such as smart phones and televisions. [7]

Granada plc was a British conglomerate best known as the parent from 1954 to 2004 of the Manchester-based Granada Television.

Blockbuster LLC was an American-based provider of home movie and video game rental services through a video rental shop, DVD-by-mail, streaming, video on demand, and cinema theater. Blockbuster expanded internationally throughout the 1990s. At its peak in 2004, Blockbuster employed 84,300 people worldwide, including about 58,500 in the United States and about 25,800 in other countries, and had 9,094 stores in total, with more than 4,500 of these in the US.

Rediffusion was a business that distributed radio and TV signals through wired relay networks. The business gave rise to a number of other companies, including Associated-Rediffusion, later known as Rediffusion London, one of the first companies to win a terrestrial ITV franchise in the UK. Rediffusion also spawned a record label, Rediffusion International Music, in 1968. Redifon was the name used until 1981 for companies in the capital goods businesses of Rediffusion, viz. Redifon Computers, Redifon Flight Simulation and Redifon Telecommunications.

Video Ezy is an Australian-based rental and retail chain, offering DVD, Ultra HD Blu-ray, Blu-ray and Video Games and other digital content. The brand consists of fewer than 40 franchised stores within Australia and over 1200 kiosks. At its peak, Video Ezy had over 500 stores and in the 1980s and '90s, the company expanded into Asia.

Dick Smith Holdings Limited was an Australian chain of retail stores that sold consumer electronics goods, hobbyist electronic components, and electronic project kits. The chain expanded successfully into New Zealand and unsuccessfully into several other countries. The company was founded in Sydney in 1968 by Dick Smith and owned by him and his wife until they sold 60% to Woolworths Limited in 1980, the remaining 40% two years later. The company closed in 2016, four years after its acquisition by Anchorage Capital Partners. 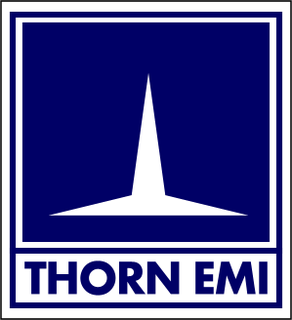 DVD-by-mail is a business model in which customers rent DVDs and similar discs containing films, television shows, video games and the like, ordering online for delivery to the customer by mail. Generally, all interaction between the renter and the rental company takes place through the company's website, using an e-commerce model. Typically, a customer chooses from a list of titles online and adds titles to a queue. As a customer's requested titles become available, the company sends them out. When the customer is finished with the disc, they mail it back to the company. 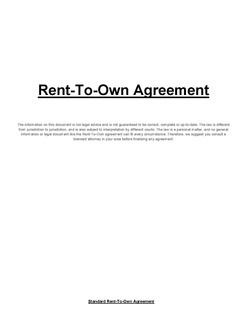 Rent-to-own, also known as rental purchase or rent-to-buy, is a type of legally documented transaction under which tangible property, such as furniture, consumer electronics, motor vehicles, home appliances, real property, and engagement rings, is leased in exchange for a weekly or monthly payment, with the option to purchase at some point during the agreement.

AWA Ltd, formerly Amalgamated Wireless (Australasia) Ltd, is an electronics manufacturer and broadcaster based in Sydney, Australia. Throughout most of the 20th century AWA was Australia's largest and most prominent electronics organisation, undertaking development, manufacture and distribution of radio, telecommunications, television and audio equipment as well as broadcasting services.

Boxclever is a British electronic and domestic appliance rental chain that was first launched in April 2000, by the merger of Radio Rentals and Granada Rentals. The company originally operated through high street stores, but later moved to an online only service. The company was sold to WestLB, and went into administration in June 2003, causing WestLB to register a €650 million bad debt charge.

DSG Holdings Australia Pty Ltd, trading as Discount Superstores Group was a discount variety retailer in Australia, formed in 2013 following the liquidation of former company Retail Adventures. It owned the Sam's Warehouse and Crazy Clark's brands, operating 143 stores. It is owned by Australian-New Zealand businesswoman Jan Cameron. It was announced on 1 July 2014 that the chain has entered receivership for the fourth time in 8 years.

Swindon Cable was the UK's first commercial Cable TV franchise. It was originally set up by Thorn Ltd as Radio Rentals Cable Television; the local company name was later changed to Swindon Cable. As well as relaying satellite channels it operated its own local cable TV channel known as Swindon's Local Channel. It closed permanently in 2000, after 16 years of broadcasting mostly local programming on the Wiltshire town's cable network.

Big Brown Box is an online retailer of audio visual products, based in Sydney, Australia. It is an online subsidiary of the Winning family, which own and run Winning Appliances and Appliances Online.

Hoyts Kiosk, previously known as Oovie, was an Australian company that specialised in the rental of DVDs and Blu-ray Discs via automated retail kiosks. In 2013, Hoyts Kiosk had over 500 kiosks in Australia, located in every state and territory except South Australia, with more than 250,000 active customers.