Raja Hasan comes from the desert city of Bikaner, Rajasthan. He considers his father Rafik Sagar (folk singer) and his grandfather Allah Rakha Khan as his gurus in singing. [7]

Raja Hasan was a runner up in the reality TV show Sa Re Ga Ma Pa Challenge 2007 and winner of Ek Se Badhkar Ek on Zee TV, Ustaado Ke Ustad on Sony and IPL Rock Star on the Colors channel. [8] He also sang Mari Teetri for the movie De Taali .

He has many songs that he has recorded for Bollywood films. [9]

He produced a Rajasthani film Maru Dhar Mharo Ghar written by Tauqueer Alam and MH Pasha, and also featured as the male protagonist in the film. [13]

Daler Singh, better known as Daler Mehndi, is an Indian singer, songwriter, author and record producer. He has helped to make Bhangra popular worldwide, as well as Indian pop music independent of Bollywood music. He is best known for his dance songs, voice, turban and long, flowing robes. 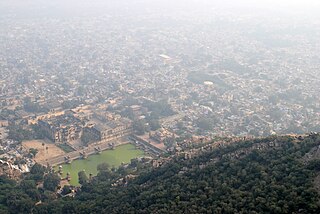 Alwar located 150 km (93 mi) south of Delhi and 150 km (93 mi) north of Jaipur, is a city in India's National Capital Region and the administrative headquarters of Alwar District in the state of Rajasthan. Alwar is a hub of tourism with several forts, lakes, heritage havelis and nature reserves, including the Bhangarh Fort, the Sariska Tiger Reserve and Siliserh lake.

Gangapur City is a nagar parishad in Sawai Madhopur, Rajasthan, India. Population-wise, it is the 18th largest city in Rajasthan.

Altaf Raja is an Indian Qawwali singer. In 1994 Altaf gained recognition with his debut album Tum To Thehre Pardesi. His most recent song is Ae Sanam.

Sanjeeda Sheikh is an Indian actress who works in the Hindi television industry. She established herself as one of the most popular actresses in the Indian Television Industry. 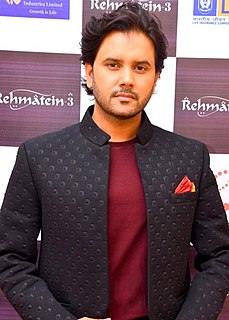 Sara Khan is an Indian model and actress. She won the Miss Bhopal title in 2007. She has done anchoring for Doordarshan Madhya Pradesh and ETV. She made her television career in Star Plus show Sapna Babul Ka...Bidaai as Sadhna. She was a contestant on Bigg Boss 4 in 2010. On 24 September 2020, Sara Khan and TV actor Angad Hasija have reportedly been summoned by Narcotics Control Bureau (NCB) regarding Bollywood-drug nexus case. 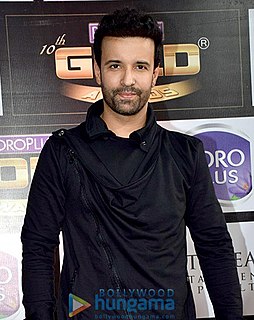 Aamir Ali Malik is an Indian television actor and model. 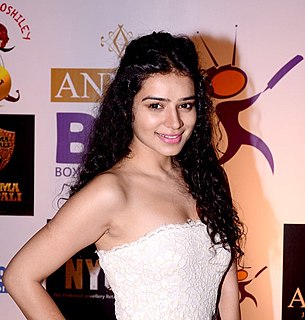 Sukirti Kandpal is an Indian television actress known for her roles as Piya in Pyaar Kii Ye Ek Kahaani, Dr. Riddhima in Dill Mill Gayye, and Debjani Thakur in Dilli Wali Thakur Gurls. In 2014, Kandpal participated as a celebrity contestant in the reality series Bigg Boss 8. She is currently playing Alia Shroff in SET's show based on IVF, titled Story 9 Months Ki. 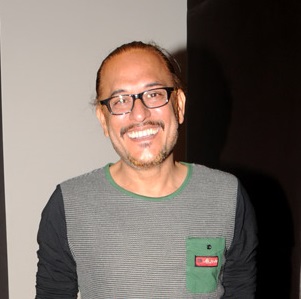 Tochi Raina is an Indian singer, composer and philosopher, best known as a playback singer in Hindi films. His most notable works include the songs Kabira for the movie "Yeh jawani Hai deeewani", "Iktara" from "Wake up Sid", Ishq Waale Chor Hain for the Hindi movie Kya yahi sach hai with Vishal Khurana, Saibo for the Hindi movie Shor in the City a duet with Shreya Ghosal, Maldar Ki Jeb for the movie Bhindi Baazaar Inc. and Aali Re for the movie No One Killed Jessica. He recorded a music album 'Tochinaamah' consisting 3 song – Saaiyaan, Jamoora and Akela 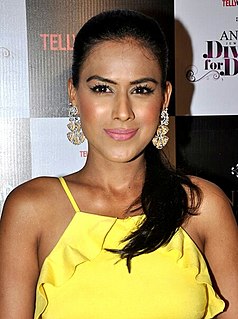 Neha Sharma,, known by her stage name Nia Sharma, is an Hindi actress who acts in Indian television industry. She debuted in television with a supporting role on Kaali – Ek Agnipariksha in 2010. This was followed by another supporting role in the multi starrer Behenein in 2011.

Anang Desai is an Indian film and television actor. Desai has appeared in more than 80 television shows and is popularly known for his portrayal of the character Babuji in the television series Khichdi and its eponymous film. He is an alumnus of the National School of Drama, New Delhi and was a part of the institute's professional repertory, performing Hindi theatre extensively before starting his career in the television and film domains.

Rajnigandha Shekhawat is a popular singer from Rajasthan and the Princess of the estrwhile state of Malsisar Rajasthan, India, she is known for singing Rajasthani folk, Bollywood, English + Rajasthani Marwari mashups, vintage classics and more. She has done playbacks in 6 films – her biggest song to date is Dharma Productions' Badri ki dulhania with over 650 million views, which opens with her voice. Rajnigandha's voice was heard in one of this season's So you think you can dance' reality show episodes in the US. She has been nominated for a Mirchi Award for Most Promising New Singer in 2017 for the film Shubh Mangal Savdhan. She was recently invited to participate in the reality singing show Rising Star on Colors TV and also performed at the Big Boss finale which is the Indian version of Big Brother.

Samira Koppikar is a music director, composer, singer and songwriter who has been singing and creating music since 2010. In 2015, she made her debut as a Bollywood music composer with the song "Maati Ka Palang" for the film NH10. As a Bollywood playback singer she made a big bang entry into Bollywood playback singing in 2014 with two back to back songs Aaj Phir Tum Pe for the film Hate Story 2 which was number 7 in the top 10 Bollywood songs of 2014, and "Mohabbat Barsaa Dena tu" for the film Creature 3D. Co-sung with Arijit Singh, both the voice and the songs were an instant hit. Special non-film achievements: she performed at the Montreal Jazz Festival at a young age alongside the likes of Louiz Banks and Joe Alvarez.

Ishq Ka Rang Safed is an Indian television drama series that premiered on 10 August 2015 on Colors TV and ended its run on 26 August 2016.