The overwhelming majority of people in Tonga consider themselves Christians, which is dominated by Methodists. The constitution of Tonga establishes the freedom of religion, which is respected in practice by both the government and general society, although there are some laws which restrict commerce and broadcast media in accordance with Christian religious norms.

Tongans are ardent church goers. Church service usually follows a call and response structure. Singing in the church is often done a cappella. Although a church attends primarily to the spiritual needs of the population, it also functions as the primary social hub.

Sunday in Tonga is celebrated as a strict sabbath, enshrined so in the constitution, and despite some voices to the opposite, the Sunday ban is not likely to be abolished soon. No trade is allowed on Sunday, except essential services, after special approval by the minister of police. Those that break the law risk a fine or imprisonment.[ citation needed ]

Along with others from Oceania, some Tongan Christians have attempted to develop their own unique theology which addresses the contextual questions offered by people of the Pacific. This includes the coconut theology of the Methodist Sione 'Amanaki Havea or the incarnational theology of the Roman Catholic Bishop Patelesio Finau. [1]

Buddhism has begun to gain traction, growing from 0.2% to 0.4% of the population in five years. [5] Meanwhile, Islam has shrunk to 24 people, from its peak of 47 Muslim preachers from Fiji began spreading Islam in Tonga in 1983. [ citation needed ] In 1992 , the first Islamic association was established in the country. In May 2010 , the Pacific Islands Committee of the World Assembly of Muslim Youth helped establish an Islamic center named after Mrs. Khadija [ who? ] in the capital Nuku Alofa , and is considered the first mosque on the island of Tonga [ citation needed ], and the center currently provides lessons in the Arabic language and islamic rituals. Currently the number of Muslims in Tonga is about 300, forming 0.3% of the total population. [ citation needed ]

Hinduism decreased from 104 people in 2006 to 100 in 2010. [6] The Baháʼí Faith in Tonga started after being set as a goal to introduce the religion in 1953, [7] and Baháʼís arrived in 1954. [8] With conversions and pioneers, the first Local Spiritual Assembly was elected in 1958. [9] Less than forty years later, in 1996, the Baháʼís of Tonga established their paramount Baháʼí school in the form of the Ocean of Light International School. [10] Around 2004 there were 29 local spiritual assemblies [8] and about 5% of the national population were members of the Baháʼí Faith though the Tonga Broadcasting Commission maintained a policy that does not allow discussions by members of the Baháʼí Faith of its founder, Bahá'u'lláh on its radio broadcasts. [11]

According to the 2011 census, 36% of the population are members of the Free Wesleyan Church, including the king and the majority of the royal family. The Church of Jesus Christ of Latter-day Saints is the next largest group (18%), followed by the Roman Catholic Church (15%), and three further Methodist denominations, the Free Church of Tonga (12%), the Church of Tonga (7%), and the Tokaikolo Christian Church (2.5%). Tonga also has members of the Seventh-day Adventist Church, Anglicans, adherents of the Baháʼí Faith, Hinduism, Buddhism and Muslims, all of which constitutes less than 3% of the population. [12]

The constitution of Tonga establishes the freedom of religion, with the qualification that this freedom is not used to "commit evil" or to otherwise violate the law. The constitution forbids commercial transactions on Sundays in accordance with the Christian Sabbath, although the tourism industry is granted some exceptions from this rule. [16]

Religious organizations are not required to register with the government, but may do so in order to receive tax exemptions, the right to issue legally recognized marriage certificates, and other privileges. Foreign missionaries may operate in the country without special restrictions. [16]

The government allows religious organizations to broadcast programming on TV Tonga and Radio Tonga, officially with the restriction that they must limit their messaging to be "within the limits of the mainstream Christian tradition". Despite this restriction, in the past the Baháʼí Faith community has televised programming, although the community has since discontinued this program. As of 2017, there have been no reports of the government denying requests for air time from any religious organization. [16]

Trinidad and Tobago is a multi-religious nation. The largest religious groups are the Protestant Christians, Roman Catholic Christians, Hindus, and Muslims. Two Afro-Caribbean syncretic faiths, the Shouter or Spiritual Baptists and the Orisha faith are among the fastest growing religious groups. The fastest growing groups are a host of American-style Evangelical and Fundamentalist churches usually grouped as "Pentecostal" by most Trinidadians. The Church of Jesus Christ of Latter-day Saints has also expanded its presence in the country since the late 1970s.

Religion in Colombia is dominated by various forms of Christianity and is an expression of the different cultural heritages in the Colombian culture including the Spanish colonization, the Native Amerindian and the Afro-Colombian, among others.

Zambia is officially a "Christian country" by constitution. Christianity is the state religion in Zambia according to the 1996 constitution, and the vast majority of Zambians (85.5%) are Christians of various denominations, but many other religious traditions are present. Traditional religious thought blends easily with Christian beliefs in many of the country's syncretic churches. Other religions include the Baháʼí Faith, Islam, Hinduism, Sikhism, and Judaism. Ismaili Muslim, Hindu and Sikh communities exist owing to the Indian and Pakistani diasporic community.

Islam is the official religion in Kuwait, and the majority of the citizen population are Muslim. There are also small native Christian and Baháʼí Faith populations. Most expatriates in Kuwait are Muslim, Hindu, Christian or Buddhist.

When it comes to religion, the Ecuadorian society is relatively homogeneous, with Christianity being the primary religion. Roman Catholicism is the main Christian denomination in the country. However, affiliation with Protestant churches is increasing.

The religious identities of the people of Paraguay, have since national independence been oriented towards Christianity, and specifically the Catholic Church. In the most recent census (2002) Paraguayans of all ages 10 and older had their religious identities enumerated, and 89.6% were classified as Catholics. According to a 2018 unofficial estimate the share of Catholics in Paraguay has slightly dropped to 88%.

Of the religions in Tunisia, Islam is the most prevalent. It is estimated that approximately 99% of Tunisia's inhabitants identify themselves as Muslim As there is no official census or survey covering the entire national territory. 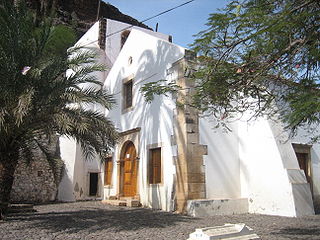 Christianity is the largest religion in Cape Verde, with Roman Catholics having the most adherents. Different sources give varying estimates on the relative sizes of various Christian denominations. More than 93% of the population of Cape Verde is nominally Roman Catholic, according to an informal poll taken by local churches. About 5% of the population is Protestant. The largest Protestant denomination is the Church of the Nazarene. Other groups include the Seventh-day Adventist Church, the Church of Jesus Christ of-day Saints, the Assemblies of God, the Universal Church of the Kingdom of God, the New Apostolic Church and various other Pentecostal and evangelical groups.

According to 2010 government statistics, Christian groups form about 96% of the Kiribati population by census counts, most of whom are either Catholic or members of the Kiribati Uniting Church. Persons with no religious affiliation account for about 0.05% of the population. Members of the Catholic Church are concentrated in the northern islands, while Protestants are the majority in the southern islands.

Religion in the Marshall Islands has been primarily Christian since the religion was introduced by Western missionaries since around 1857. The government generally supports the free practice of religion, although the minority Ahmadiyya Muslim community has reported some harassment and discrimination.

Religion in Samoa encompasses a range of groups, but 98% of the population of Samoa is Christian. The following is a distribution of Christian groups as of 2011 : Congregational Christian, Roman Catholic, The Church of Jesus Christ of Latter-day Saints, Methodist, Assemblies of God and Seventh-day Adventist. Groups together constituting less than 5 percent of the population include Baháʼí, Jehovah's Witnesses, Congregational Church of Jesus, Nazarene, nondenominational Protestant, Baptist, Worship Centre, Peace Chapel, Samoa Evangelism, Elim Church, and Anglican. (A comparison of the 2006 and 2011 censuses shows a slight decline in the membership of major denominations and an increase in participation in nontraditional and evangelical groups. Although there is no official estimate, there are reportedly small numbers of Hindus, Buddhists, and Jews, primarily in Apia. The country has one of the world's eight Baháʼí Houses of Worship. There is a small Muslim community and one mosque.The history of Islam in Samoa dates back to before 1985, when Samoa had a number of Muslim workers who were working either for the government or for a United Nations program, but their number was small and hardly affected the local population. In the mid-1980s, the World Assembly of Muslim Youth began operating in the Pacific, and consequently some Samoans began converting to Islam. According to the 2001 census, the number of Samoan Muslims was 48, or 0.03% of the total population. This number has increased to 61 Muslims, or 0.04% of the population, according to the 2006 census. This number is expected to reach 73 Muslims by 2020.

Christianity is the main religion in Panama. An official survey carried out by the government estimated in 2020 that 85.6% of the population, or 3,549,150 people, identifies itself as Roman Catholic, and 10.4 percent as evangelical Protestant, or 1,009,740. The Jehovah's Witnesses were the third largest congregation comprising the 1.4% of the population, followed by the Adventist Church and The Church of Jesus Christ of Latter-day Saints with the 0.6%. There is a very large Buddhist and Jewish community in the country. The Baháʼí Faith community of Panama is estimated at 2.00% of the national population, or about 60,000 including about 10% of the Guaymí population; the Baháʼís maintain one of the world's eight Baháʼí Houses of Worship in Panama.

The Baháʼí Faith in Tonga started after being set as a goal to introduce the religion in 1953, and Baháʼís arrived in 1954. With conversions and pioneers the first Baháʼí Local Spiritual Assembly was elected in 1958. From 1959 the Baháʼís of Tonga and their local institutions were members of a Regional Spiritual Assembly of the South Pacific. By 1963 there were five local assemblies. Less than forty years later, in 1996, the Baháʼís of Tonga established their paramount Baháʼí school in the form of the Ocean of Light International School. Around 2004 there were 29 local spiritual assemblies. The 2015 estimate of the World Religion Database ranked the Baháʼís at 3.5% of the national population, though as recently as 2006 the Tonga Broadcasting Commission maintained a policy that does not allow discussions by members of the Baháʼí Faith of its founder, Baháʼu'lláh on its radio broadcasts.

The most common religion in Dominica is Christianity, with a majority of practitioners identifying as Roman Catholic. Various minority religious groups are also present on the island.

Mauritius is a religiously diverse nation, with Hinduism being the most widely professed faith. The people of Indian descent (Indo-Mauritian) follow mostly Hinduism and Islam. The Franco-Mauritians, Creoles and Sino-Mauritians follow Christianity. A minority of Sino-Mauritians also follow Buddhism and other Chinese-related religions. According to the 2011 census made by Statistics Mauritius, Hinduism is the major religion at 48.54%, followed by Christianity at 32.71%, followed by Islam 17.30% and Buddhism 0.18% in terms of number of adherents..