Last updated July 27, 2022
Control & use of a computer from remote location

Any computer with an Internet connection, TCP/IP or on a Local Area Network can be remotely administered.

For non-malicious administration, the user must install or enable server software on the host system in order to be viewed. Then the user/client can access the host system from another computer using the installed software.

Usually, both systems should be connected to the internet, and the IP address of the host/server system must be known. Remote administration is therefore less practical if the host uses a dial-up modem, which is not constantly online and often has a Dynamic IP.

When the client connects to the host computer, a window showing the Desktop of the host usually appears. The client may then control the host as if he/she were sitting right in front of it.

Common tasks for which remote administration is used

Computers infected with malware such as Trojans sometimes open back doors into computer systems which allows malicious users to hack into and control the computer. Such users may then add, delete, modify or execute files on the computer to their own ends.

Windows XP comes with a built-in remote administration tools called Remote Assistance and Remote Desktop, these are restricted versions of the Windows Server 2003 Terminal Services meant only for helping users and remote administration. With a simple hack/patch (derived from the beta version of Windows XP) it's possible to "unlock" XP to a fully featured Terminal Server.

Active Directory and other features found in Microsoft's Windows NT Domains allow for remote administration of computers that are members of the domain, including editing the Registry and modifying system services and access to the system's "Computer Management" Microsoft Management Console snap-in.

Back Orifice, whilst commonly used as a script kiddie tool, claims to be a remote-administration and system management tool. Critics have previously stated that the capabilities of the software require a very loose definition of what "administration" entails.

VNC can be used for remote administration of computers, however it is increasingly being used as an equivalent of Terminal Services and Remote Desktop Protocol for multi-user environments.

Linux, UNIX and BSD support remote administration via remote login, typically via SSH (The use of the Telnet protocol has been phased out due to security concerns). X-server connection forwarding, often tunneled over SSH for security, allows GUI programs to be used remotely. VNC is also available for these operating systems.

NX and its Google fork Neatx are free graphical Desktop sharing solutions for the X Window System with Clients for different platforms like Linux, Windows and Mac OS X. There is also an enhanced commercial version of NX Server available.

Remote administration software has recently started to appear on wireless devices such as the BlackBerry, Pocket PC, and Palm devices, as well as some mobile phones.

Generally these solutions do not provide the full remote access seen on software such as VNC or Terminal Services, but do allow administrators to perform a variety of tasks, such as rebooting computers, resetting passwords, and viewing system event logs, thus reducing or even eliminating the need for system administrators to carry a laptop or be within reach of the office.

Wireless remote administration is usually the only method to maintain man-made objects in space.

In computing, TightVNC is a free and open-source remote desktop software server and client application for Linux and Windows. A server for macOS is available under a commercial source code license only, without SDK or binary version provided. Constantin Kaplinsky developed TightVNC, using and extending the RFB protocol of Virtual Network Computing (VNC) to allow end-users to control another computer's screen remotely. 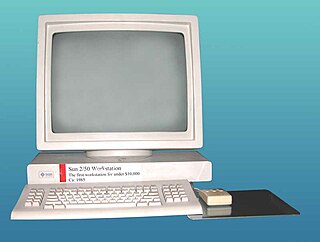 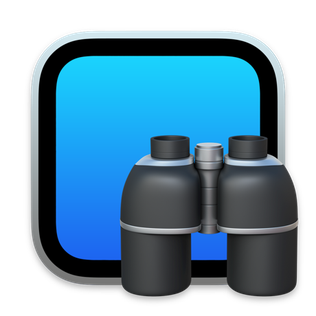 Apple Remote Desktop (ARD) is a Macintosh application produced by Apple Inc., first released on March 14, 2002, that replaced a similar product called Apple Network Assistant. Aimed at computer administrators responsible for large numbers of computers and teachers who need to assist individuals or perform group demonstrations, Apple Remote Desktop allows users to remotely control or monitor other computers over a network. Mac Pro (2019) and Mac mini with 10Gbps Ethernet have Lights Out Management function are able to power-on by Apple Remote Desktop. 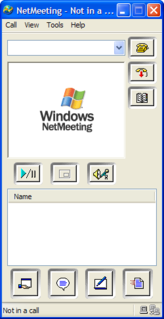 As the next version of Windows NT after Windows 2000, as well as the successor to Windows Me, Windows XP introduced many new features but it also removed some others. 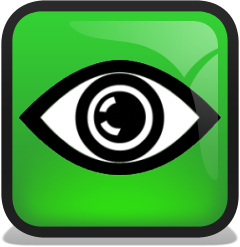 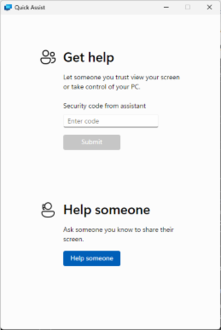 Quick Assist is a Microsoft Windows feature that allows a user to view or control a remote Windows computer over a network or the Internet to resolve issues without directly touching the unit. It is based on the Remote Desktop Protocol (RDP). It is complemented by Get Help, a feature introduced in Windows 10 that enables the user to contact Microsoft directly but does not allow for remote desktoping or screen sharing.

A home server is a computing server located in a private computing residence providing services to other devices inside or outside the household through a home network or the Internet. Such services may include file and printer serving, media center serving, home automation control, web serving, web caching, file sharing and synchronization, video surveillance and digital video recorder, calendar and contact sharing and synchronization, account authentication, and backup services.

In computing, the term remote desktop refers to a software- or operating system feature that allows a personal computer's desktop environment to be run remotely off of one system, while being displayed on a separate client device. Remote desktop applications have varying features. Some allow attaching to an existing user's session and "remote controlling", either displaying the remote control session or blanking the screen. Taking over a desktop remotely is a form of remote administration.

A roaming user profile is a file synchronization concept in the Windows NT family of operating systems that allows users with a computer joined to a Windows domain to log on to any computer on the same domain and access their documents and have a consistent desktop experience, such as applications remembering toolbar positions and preferences, or the desktop appearance staying the same, while keeping all related files stored locally, to not continuously depend on a fast and reliable network connection to a file server.

Remote Desktop Services (RDS), known as Terminal Services in Windows Server 2008 and earlier, is one of the components of Microsoft Windows that allow a user to initiate and control an interactive session on a remote computer or virtual machine over a network connection. RDS is Microsoft's implementation of thin client architecture, where Windows software, and the entire desktop of the computer running RDS, are made accessible to any remote client machine that supports Remote Desktop Protocol (RDP). User interfaces are displayed from the server onto the client system and input from the client system is transmitted to the server - where software execution takes place. This is in contrast to application streaming systems, like Microsoft App-V, in which computer programs are streamed to the client on-demand and executed on the client machine.

Systancia is a French software company that develops software for desktop and application virtualisation, cloud computing and remote access security solutions. It was founded in 1998 and is located in Sausheim, France.

Chrome Remote Desktop is a remote desktop software tool, developed by Google, that allows a user to remotely control another computer's desktop through a proprietary protocol also developed by Google, internally called Chromoting. The protocol transmits the keyboard and mouse events from the client to the server, relaying the graphical screen updates back in the other direction over a computer network. This feature therefore consists of a server component for the host computer, and a client component on the computer accessing the remote server. Note that Chrome Remote Desktop uses a unique protocol, as opposed to using the common Remote Desktop Protocol.

Remote Utilities is a remote desktop software that allows a user to remotely control another computer through a proprietary protocol and see the remote computer's desktop, operate its keyboard and mouse.