According to All-American Venric Mark, "Returning punts is harder. You have to judge the ball more, you have to know when to fair catch and when not to. You can't be a superhero and try to catch everything. With kickoff returns, you catch the ball and — boom — you're going." [1]

A kickoff returner (KR) is the player on special teams who is primarily responsible for catching the opposing team's kickoff and attempting to run it towards the end zone to score a touchdown. If the ball is kicked into his own end zone, the kick returner must assess the situation on the field while the ball is in the air and determine if it would be beneficial to his team for a return. If he decides that it is not, he can make a touchback by kneeling down in the end zone after catching the ball, ending the play and starting the next play at the 25-yard line to start the drive.

In 2012, NFL commissioner Roger Goodell proposed the idea of removing the kickoff play, and quoted that the "kickoff return is too dangerous for the game". The idea was met with criticism and the idea was eventually dropped. [2] However, rule changes during his tenure have greatly reduced the frequency of NFL kickoff returns. The most significant one was in 2011, when the NFL changed the starting position of the kickoff from the 30 to the 35-yard line, resulting in far more kickoffs going through the end zone or so deep into the end zone that the returner would usually take a touchback. In 2015, another rule change made the touchback give the receiving team the ball on their 25-yard line instead of the 20.

On October 27, 2013, wide receiver Cordarrelle Patterson of the Minnesota Vikings returned the kickoff 109 yards and scored a touchdown, the longest run possible in NFL standards. [3]

In 2014, Devin Hester broke Deion Sanders' record for most kickoff return touchdowns, with 14. He currently remains the record holder. [4]

A punt returner (PR) has the job of catching the ball after it is punted and to give his team good field position (or a touchdown if possible) by returning it. Before catching the punted ball, the returner must assess the situation on the field while the ball is still in the air. [8] He must determine if it is actually beneficial for his team to attempt a return. If it appears that the players from the punting team will be too close to the returner by the time he catches the ball, or it appears the ball will go into his own end zone, the punt returner can elect not to return the ball by choosing one of two options:

Punt returners sometimes also return kickoffs and usually play other positions, especially wide receiver, cornerback and running back, although sometimes as backups. An analogous position exists in Canadian football, though differences in rules affect play considerably. See comparison of Canadian and American football for a complete discussion of the punt returner's role in the Canadian game.

Super Bowl XXIX was an American football game between the American Football Conference (AFC) champion San Diego Chargers and the National Football Conference (NFC) champion San Francisco 49ers to decide the National Football League (NFL) champion for the 1994 season. The 49ers defeated the Chargers by the score of 49–26, becoming the first team to win five Super Bowl championships. The game was played on January 29, 1995 at Joe Robbie Stadium in Miami, Florida.

Deion Luwynn Sanders Sr., nicknamed "Prime Time" and “Neon Deion”, is an American athlete, sports commentator, and football coach who is the head football coach at Jackson State University. He played in the National Football League (NFL) for 14 seasons as a member of the Atlanta Falcons, San Francisco 49ers, Dallas Cowboys, Washington Redskins, and Baltimore Ravens. Sanders was also a baseball outfielder for nine seasons in Major League Baseball (MLB), where he played for the New York Yankees, Atlanta Braves, Cincinnati Reds, and San Francisco Giants. He won two Super Bowl titles and made one World Series appearance in 1992, making him the only athlete to play in both a Super Bowl and a World Series. 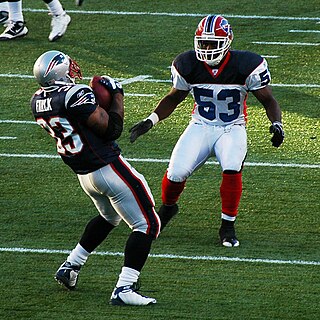 Allen Bonshaca Lamont Rossum is a former American football cornerback and return specialist. He was drafted by the Philadelphia Eagles in the third round of the 1998 NFL Draft. He played college football at Notre Dame. 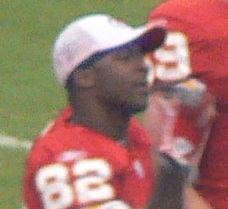 Damieon Dante Hall is a former American football return specialist and wide receiver who played nine seasons in the National Football League (NFL). He is nicknamed the "Human Joystick" and the "X-Factor". Hall was a fifth-round draft pick out of Texas A&M University by the Kansas City Chiefs in the 2000 NFL Draft. Hall played for the Chiefs for seven years before being traded to the St. Louis Rams on April 25, 2007, for the Rams' third and fifth-round picks in the 2007 NFL Draft. Hall was ranked the 10th greatest return specialist in NFL history on NFL Network's NFL Top 10 Return Aces. 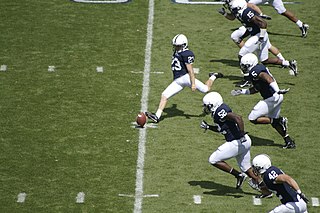 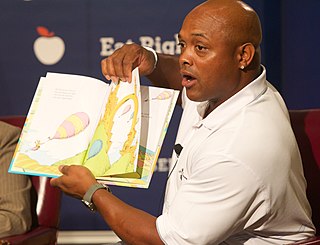 Brian Keith Mitchell is a former American football running back and return specialist in the National Football League. He was originally drafted by the Washington Redskins in the fifth round of the 1990 NFL Draft. He played college football at University of Southwestern Louisiana where he was a quarterback. Mitchell is considered one of the greatest return specialists in NFL history. 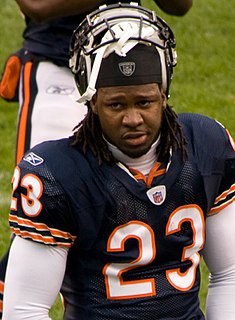 Devin Devorris Hester Sr. is an American former professional football player who was a wide receiver and return specialist in the National Football League (NFL). He was drafted by the Chicago Bears in the second round of the 2006 NFL Draft. He played college football at Miami, where he was the first player in the university's recent history to play in all three phases of American football: offense, defense and special teams. In addition to Chicago, Hester also played for the Atlanta Falcons, Baltimore Ravens and Seattle Seahawks over his 11-season NFL career.

Cordarrelle Patterson, nicknamed "Flash", is an American football wide receiver and return specialist for the Chicago Bears of the National Football League (NFL). He was drafted by the Minnesota Vikings in the first round of the 2013 NFL Draft. He played college football at Tennessee.