Richard Hughes (born 11 January 1973) is a retired Irish jockey and current racehorse trainer who is based at Lambourn in Berkshire, England. Born in Dublin, he is the son of successful National Hunt trainer, Dessie Hughes. Hughes became British flat racing Champion Jockey in 2012 [1] and retained that title in 2013, when he rode more than 200 winners in the season, and again in 2014.

Hughes started pony racing aged seven, having his first win aboard Chestnut Lady in a six furlong race at Wexford. [2] His first ride in the senior ranks was in a six furlong maiden at Naas on 19 March 1988, on a debutant called Scath Na Greine. He finished tenth. [2]

Since the end of 2013, Hughes' main provider of rides has been trainer Richard Hannon Jr., who is also his brother in law. For many years before that he rode for Hannon's father, Richard Hannon Sr. and from 2001-07 he was also retained by the owner Prince Khalid Abdullah. Hughes is 5'10" in height, very tall for a flat jockey, similar to Tony McCoy; both men have to maintain his weight significantly below natural levels, even for a jockey. His larger natural size means he cannot ride horses carrying light weights, reducing his winning opportunities. Hughes is respected for his riding style of 'nursing' horses along, getting horses to respond and run into the race without appearing to physically ride them hard.[ citation needed ]

In October 2011, Hughes received a five day ban for hitting Swift Blade six times in the final furlong and a few days later got a ten day ban for hitting More Than Words too many times with the whip inside the final furlong in a race at Kempton. [3] The ban was the first of its kind to be implemented after a change in the rules regarding horse welfare. On 13 October 2011, it was announced that Hughes was giving up his racing licence and quitting the sport out of protest at the ban. [4]

Hughes did not follow up on this threat and on 15 October 2012 he equaled Frankie Dettori's record of winning seven races in a single meeting by winning seven out of eight races at Windsor Racecourse. [5] [6] [7]

The following month, he claimed his first British flat racing Champion Jockey title with 172 winners over the season. [8] [9] [10]

In May 2013, after a long wait, he won his first British Classic on Sky Lantern in the 1,000 Guineas. He then won his second a month later on Talent in the Oaks. On 21 June 2013, he won the Coronation Stakes at Royal Ascot on 1000 guineas winner Sky Lantern.[ citation needed ]

At the end of the 2013 British flat racing Hughes was crowned Champion Jockey for the second consecutive season. His total of 208 winners made him the first jockey to ride more than 200 winners in a British flat season since Kieren Fallon in 2003. [11] He retained the title again in 2014, before retiring and taking up training.[ citation needed ]

Hughes is married to wife Lizzie and the couple have two son's and a daughter. Outside of racing he enjoys playing a lot of golf.[ citation needed ] 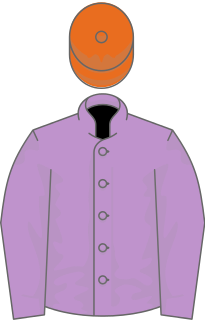 Canford Cliffs is an Irish-bred, British-trained Thoroughbred racehorse who was trained by Richard Hannon Sr.. He is a bay stallion by Tagula out of Mrs Marsh and was ridden by Richard Hughes in all his races. 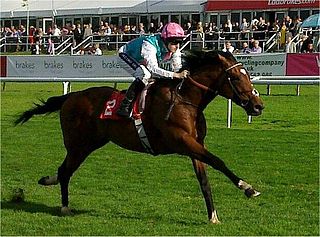 Frankel is a retired champion British Thoroughbred racehorse. Frankel was unbeaten in his fourteen-race career and was the highest-rated racehorse in the world from May 2011. In 2010 he defeated a field including subsequent Group 1 winners Nathaniel and Colour Vision on his debut before winning the Royal Lodge Stakes by ten lengths and the Dewhurst Stakes in which he defeated the Middle Park Stakes winner Dream Ahead. As a three-year-old, he won the Classic 2000 Guineas by six lengths, the St James's Palace Stakes at Royal Ascot, defeated the outstanding older miler Canford Cliffs in the much-anticipated Sussex Stakes at Goodwood and won the Queen Elizabeth II Stakes at Ascot. Frankel extended his unbeaten record in 2012 by winning the Lockinge Stakes, the Queen Anne Stakes and then the Sussex Stakes for a second time. In August he was moved up to a mile and a quarter for the first time and won the International Stakes at York. In October he won the Champion Stakes at Ascot, again over a mile and a quarter, following which his retirement from racing was announced.

Special Duty is a British-bred, French-trained champion Thoroughbred racehorse and broodmare. She won two of her four starts as a two-year-old including the Group One Cheveley Park Stakes and the Group Two Prix Robert Papin and was named European Champion Two-year old Filly at the Cartier Racing Awards. As a three-year-old she recorded a rare double when taking the British Classic 1000 Guineas at Newmarket and its French equivalent, the Poule d'Essai des Pouliches at Longchamp. What made the achievement more unusual was that in both classics she crossed the line in second place and was awarded the victory following a disqualification. 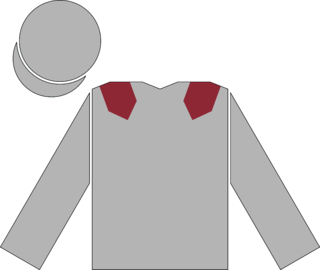 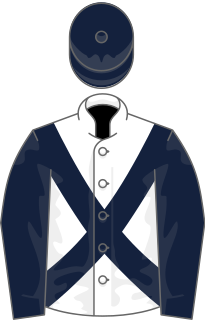 Don't Forget Me was an Irish-bred, British-trained Thoroughbred racehorse and sire best known for winning the classic 2000 Guineas in 1987. He showed promising form as a two-year-old in 1986, winning three of his four races including the Lanson Champagne Stakes and the Champagne Stakes. In the early part of 1987 he survived an injury scare to win the 2000 Guineas and completed a rare double by winning the Irish 2000 Guineas two weeks later. He was beaten in his remaining three races and was retired to stud, where he had some success as a sire of winners.

Richard Michael Hannon Jr. is a British racehorse trainer. He is the son of, and former assistant to, four time British flat racing Champion Trainer Richard Hannon Sr. He operates from the 160 capacity Herridge Racing Stables, near Marlborough, Wiltshire, with a smaller yard at Everleigh on the edge of Salisbury Plain. He took over the training operation from his father at the end of 2013.

The Duel on the Downs was the name given to the 2011 running of the Sussex Stakes horse race. It took place at Goodwood Racecourse on 27 July 2011. The race featured a clash between the undefeated three-year-old Frankel and the leading older miler Canford Cliffs. The races nickname derived from the fact that the racecourse is situated on the South Downs. 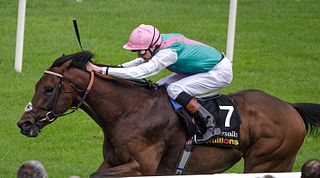 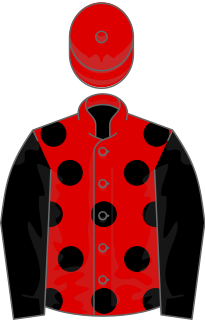