Of its core peer-reviewed content, Romantic Circles, as of March 2015, housed 38 critically edited electronic editions of literary works, 56 volumes of criticism in its Praxis Series, 5 volumes in its Romantic Pedagogy Commons series, 22 research resources in its Scholarly Resources section, and a section of 275 digitally curated images associated with the Romantic era in The Gallery. [2]

The site is broken up into several main sections:

A book review is a form of literary criticism in which a book is merely described or analyzed based on content, style, and merit. A book review may be a primary source, opinion piece, summary review or scholarly review. Books can be reviewed for printed periodicals, magazines and newspapers, as school work, or for book web sites on the Internet. A book review's length may vary from a single paragraph to a substantial essay. Such a review may evaluate the book on the basis of personal taste. Reviewers may use the occasion of a book review for an extended essay that can be closely or loosely related to the subject of the book, or to promulgate their own ideas on the topic of a fiction or non-fiction work.

Digital humanities (DH) is an area of scholarly activity at the intersection of computing or digital technologies and the disciplines of the humanities. It includes the systematic use of digital resources in the humanities, as well as the analysis of their application. DH can be defined as new ways of doing scholarship that involve collaborative, transdisciplinary, and computationally engaged research, teaching, and publishing. It brings digital tools and methods to the study of the humanities with the recognition that the printed word is no longer the main medium for knowledge production and distribution.

The Applied Research in Patacriticism (ARP) was a digital humanities lab based at the University of Virginia founded and run by Jerome McGann and Johanna Drucker. ARP's open-source tools include Juxta, IVANHOE, and Collex. Collex is the social software and faceted browsing backbone of the NINES federation. ARP was funded by the Mellon Foundation.

MediaCommons is an in-development all-electronic scholarly publishing network in media studies, being created in partnership with the Institute for the Future of the Book and with the support of New York University and the National Endowment for the Humanities.

Kathleen Fitzpatrick is an American scholar of digital humanities and media studies. She is currently the Director of Digital Humanities and Professor of English at Michigan State University and has previously served as an Associate Executive Director and Director of Scholarly Communication of the Modern Language Association, Visiting Research Professor of English at New York University, co-editor of MediaCommons, and managing editor of PMLA. She was Professor of Media Studies at Pomona College from 1998 to 2013.

Hispania is a peer-reviewed academic journal and the official journal of the American Association of Teachers of Spanish and Portuguese. It is published quarterly by the AATSP and covers Spanish and Portuguese literature, linguistics, and pedagogy. Hispania publishes in literature, linguistics, and pedagogy having to do with Portuguese- and Spanish-speaking communities, as well as book/media reviews, which are subdivided into Pan-Hispanic/Luso-Brazilian Literary and Cultural Studies, linguistics, language, media, and fiction and film.

Noah Comet is a professor of English literature at the United States Naval Academy. He specializes in Nineteenth Century British Literature. He is known for his book called Hellenism and Romantic Women Writers from Macmillan Press and several scholarly articles, among them essays in The Wordsworth Circle and the Keats-Shelley Journal on poets Letitia Landon and Felicia Hemans, and articles on John Keats and Lord Byron, including a prize-winning 2016 essay on Byron's influence on early explorations of Yellowstone. He has also written essays on nature and ecotourism for the New York Times, the Denver Post, and the Baltimore Sun.

The Chinese Text Project is a digital library project that assembles collections of early Chinese texts. The name of the project in Chinese literally means "The Chinese Philosophical Book Digitization Project", showing its focus on books related to Chinese philosophy. It aims at providing accessible and accurate versions of a wide range of texts, particularly those relating to Chinese philosophy, and the site is credited with providing one of the most comprehensive and accurate collections of classical Chinese texts on the Internet, as well as being one of the most useful textual databases for scholars of early Chinese texts.

Epipsychidion is a major poetical work published in 1821 by Percy Bysshe Shelley. The work was subtitled: Verses addressed to the noble and unfortunate Lady Emilia V—, now imprisoned in the convent of —. The title is Greek for "concerning or about a little soul", from epi, "around", "about"; and psychidion, "little soul". 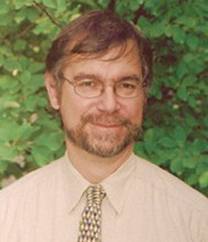 Jeffrey N. Cox is Vice Provost and Associate Vice Chancellor for Faculty Affairs at the University of Colorado at Boulder where he is also an Arts and Sciences Professor of Distinction in English Literature and Humanities. He is the author or editor of nine books and more than forty scholarly articles. Cox specializes in English and European Romanticism, cultural theory, and cultural studies. He is a leading scholar of late eighteenth- to early nineteenth-century drama and theater and of the Cockney School of poets, which included, among others, John Keats, Percy Shelley, and Leigh Hunt.

The PROSE Awards are presented by the Association of American Publishers’ (AAP) Professional and Scholarly Publishing (PSP) Division. Presented since 1976, the awards annually recognize distinguished professional and scholarly books, reference works, journals, and electronic content. The awards are judged by peer publishers, academics, librarians, and medical professionals. Publishers and authors are honored at a luncheon ceremony at the PSP Annual Conference in Washington, DC. In recent years, the PROSE Awards luncheon has featured a live webcast of the event, original short films and several multimedia presentations highlighting winners.

The William Blake Archive is a digital humanities project first created in 1996. The project is sponsored by the Library of Congress and supported by the University of North Carolina at Chapel Hill. Inspired by the Rossetti Archive, the archive provides digital reproductions of the various works of William Blake, a prominent Romantic-period poet, artist, and engraver, alongside annotation, commentary and scholarly materials related to Blake.

Ashton Nichols is the Walter E. Beach ’56 Distinguished Chair Emeritus in Sustainable Studies and Professor of English Language and Literature Emeritus at Dickinson College. His interests are in literature, contemporary ecocriticism, Romanticism, and nature writing. Nichols taught courses in Romanticism, 19th century literature, literature and the environment, and nature writing. He is especially well-known for his study of James Joyce's literary concept of "epiphany,” his definition of Romantic natural histories, and his coinage of the phrase "Urbanatural roosting," an idea which links urban with natural modes of existence and argues for ways of living more lightly on the earth, for inhabiting our planet the way animals do, by altering our environments without harming those same environments.

Figure/Ground is an open-source, para-academic, inter-disciplinary website which publishes in-depth interviews with scholars, researchers, and university professors, as well as artists, filmmakers, and creators of every stripe. Figure/Ground was a finalist in 2012 Canadian Online Publishing Awards and the 2013 Edublog Awards, and received the 2012 New Canadian Weblog Award as well as the 2013 John Culkin Award for outstanding praxis by the Media Ecology Association.