Hunt broke into the major leagues in 1963 as the Mets’ regular second baseman, batting .272 with 10 home runs, which would be his career high, and 42 runs batted in, which he would tie in 1964. That year, he also finished runner-up to Pete Rose for the National League Rookie of the Year honors. In 1964 he batted .303 and became the Mets’ first-ever starting All-Star representative, the game being played in Hunt's home ballpark, the newly opened Shea Stadium. He was also an All-Star representative in 1966.

In November 1966 Hunt and Jim Hickman were traded to the Los Angeles Dodgers for Tommy Davis and Derrell Griffith. [2] After batting .263 during the 1967 season, Hunt was traded again, this time to the San Francisco Giants in the same deal that sent Tom Haller to Los Angeles.

In his first season with the Giants 1968, Hunt batted .250 with two home runs. The second came off Bob Gibson the first inning of the Giants' September 17 game against the St. Louis Cardinals and accounted for the only run in Gaylord Perry's no-hitter.

After two more seasons in San Francisco, Hunt was traded to the Montreal Expos. In nearly four seasons in Montreal, he batted .277, including a career high .309 in 1973. Late in the 1974 season, the struggling Expos, seeking to turn over their roster, made Hunt the first to go by placing him on waivers. [3] He was claimed by his hometown St. Louis Cardinals, with whom he closed out his career after playing 12 games. The Cardinals brought Hunt to Spring training in 1975, but released him in March. He retired forthwith.

Hunt hit his last major league home run on September 21, 1971 against the Phillies as a member of the Expos at Jarry Park. He then went 1,302 at-bats and 378 games without hitting another when he closed out his career at the end of the 1974 season.

Hunt said in a July 2000 interview with Baseball Digest that he really began to get hit by pitches after being traded to San Francisco. "But," Hunt asked, "why would you hit me to face Willie Mays, Willie McCovey and Jim Ray Hart?"

In 1971, as a member of the Montreal Expos, he set a single-season record for being hit by more pitches (50) than any player since 1900 (Hughie Jennings holds first place, with 51 hit by pitches in 1896). [1] Hunt, who batted right-handed, would stand with his "left arm hanging over the plate" and allow himself to be hit to make up for his lack of hitting power. [4] On June 25, he was hit three times during a doubleheader. [4] He had the habit of tossing back the ball that had hit him to the pitcher. [4]

On September 29, 1971, against the Chicago Cubs at Jarry Park, Hunt was hit by a Milt Pappas pitch to give him 50 on the season, obliterating the post-1900 record of 31 by Steve Evans. Pappas argued to home plate umpire Ken Burkhart that the pitch was directly over the plate, that Hunt got hit by the ball without even trying to get out of the way. Earlier in the year, Pappas had also contributed #27 in the Hunt collection, prompting Cub manager Leo Durocher to cry foul after home plate umpire Augie Donatelli awarded Hunt first base on that pitch. Cincinnati Reds manager Sparky Anderson had a similar complaint after Hunt was hit by a Jim McGlothlin pitch on August 7 of that year; the HBP was Hunt's 32nd of the season, which broke the National League record set by Steve Evans of the 1910 St. Louis Cardinals.

On April 29, 1969, Hunt tied a Major League record with three HBPs in a game against the Cincinnati Reds. At the time, he was only the fifth player to be hit by a pitch three times in one game. The feat has since been done 17 times as of the end of the 2013 season.

He graduated from Ritenour High School

Since 1986, Hunt has operated an instructional baseball camp in Wentzville, Missouri. 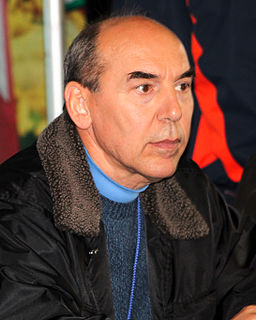 Wilton Álvaro Guerrero is a former second baseman in Major League Baseball. He played for the Los Angeles Dodgers (1996–1998), Montreal Expos, Cincinnati Reds (2001–2002), and Kansas City Royals (2004). He is the older brother of Vladimir Guerrero and cousin of Cristian Guerrero. 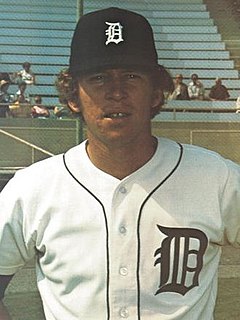 Jarry Park Stadium is a tennis stadium in Montreal, Quebec, Canada. It was formerly a baseball stadium, home to the Montreal Expos, from 1969 to 1976. The Expos were Major League Baseball's first Canadian franchise. It served as a temporary home until the domed Olympic Stadium was finished and made available to the Expos. The ballpark was typically called simply "Jarry Park" or Parc Jarry. The stadium hosted two National Football League preseason games in 1969; August 25 and September 11.

The 1991 New York Mets season was the 30th regular season for the Mets. They went 77-84 and finished fifth in the National League East for their first losing season since 1983. They were managed by Bud Harrelson and Mike Cubbage. They played home games at Shea Stadium.

The 1969 Los Angeles Dodgers finished in fourth place in the new National League Western Division, eight games behind the Atlanta Braves. The Dodgers' record for 1969 was 85–77, which was nine wins better than 1968.

The 1967 Los Angeles Dodgers season marked the end of one of the franchise's most successful eras. One season after losing the World Series to the Baltimore Orioles, the Dodgers declined to a record of 73–89, and finished ahead of only the Houston Astros and the New York Mets in the National League race, 28½ games behind the NL and World Champion St. Louis Cardinals. It was the Dodgers' worst record since the war-affected 1944 season, and their worst peacetime record since 1937. The Dodgers would not return to the postseason until 1974.

The 1991 Montreal Expos season was the 23rd season in franchise history. After several winning seasons, the Expos faltered in 1991, winning only 20 of its first 49 games. Manager Buck Rodgers was replaced as manager by Tom Runnells. The team ultimately finished 71-90. The highlight of the season was Dennis Martinez pitching a perfect game at Dodger Stadium on July 28, 1991.

The 1969 Montreal Expos season was the inaugural season in Major League Baseball for the team. The Expos, as typical for first-year expansion teams, finished in the cellar of the National League East Division with a 52–110 record, 48 games behind the eventual World Series Champion New York Mets. They did not win any game in extra innings during the year, which also featured a surprise no-hitter in just the ninth regular-season game they ever played. Their home attendance of 1,212,608, an average of 14,970 per game, was good for 7th in the N.L.

The 1971 San Francisco Giants season was the Giants' 89th year in Major League Baseball, their 14th year in San Francisco since their move from New York following the 1957 season, and their 12th at Candlestick Park. The team finished in first place in the National League West with a 90–72 record. The Giants faced the Pittsburgh Pirates in the 1971 National League Championship Series, losing three games to one.

The 1971 Montreal Expos season was the third season in the history of the franchise. The Expos finished in fifth place in the National League East with a record of 71–90, 25½ games behind the Pittsburgh Pirates.

The 1974 Montreal Expos season was the sixth season in the history of the franchise. The Expos finished in fourth place in the National League East with a record of 79–82, 8½ games behind the Pittsburgh Pirates.

Jorge Roque Vargas is a former professional baseball player who was an outfielder for 65 career games in Major League Baseball for the St. Louis Cardinals from 1970 to 1972 and the Montreal Expos in 1973. He threw and batted right-handed, stood 5 feet 10 inches (1.78 m) tall and weighed 158 pounds (72 kg).