Saul M. Rifkin was born in New York City, New York, to Miriam and Herman Rifkin, who was born in Russia. He is the oldest of three children. [1] He was raised as an Orthodox Jew and remains Jewish though he left Orthodoxy at the age of 32. [2] [3] [4] [5] His wife, Iva Rifkin, owns a fashion design business. [6] [ unreliable source? ]

In 2001, Rifkin's association with Touchstone Television began when he played intelligence agent Arvin Sloane in Alias, opposite Jennifer Garner. From 2006 to 2011, he played second-in-command businessman Saul Holden on Brothers & Sisters, opposite Sally Field. He also played Bonnie Franklin's second boyfriend Nick on One Day at a Time .

Rifkin has enjoyed a long and distinguished career in film, on stage, and in television. His association with writer Jon Robin Baitz has been especially fruitful. [7] In 1991, his performance in Baitz's play The Substance of Fire won him the Obie, Drama Desk, Lucille Lortel, and Drama-Logue awards for Best Actor. The next year, he performed in Baitz's Three Hotels, for which he received a second Lucille Lortel and Drama Desk nomination. In 1996, he starred in the film version of Substance; in 2002, he appeared in the Baitz play Ten Unknowns at Boston's Huntington Theatre; in 2004, he starred in his play The Paris Letter at the Kirk Douglas Theatre in Los Angeles, a role he reprised the next year at the Laura Pels Theatre in New York City, and appeared in the ABC drama series Brothers & Sisters, which Baitz created, as a character named Saul, Rifkin's real name.

On television, Rifkin has appeared in numerous made-for-TV movies and miniseries, had regular roles on The Rockford Files , One Day at a Time , Husbands, Wives & Lovers , The Trials of Rosie O'Neill , and Alias , and made guest appearances on a number of series, including Barnaby Jones , The Mary Tyler Moore Show , Sex and the City , The Bob Newhart Show , The Good Wife , ER , Law & Order , A Nero Wolfe Mystery , Falcon Crest , Soap , Hill Street Blues , Smash , and The Outer Limits , for which he received a CableACE nomination.

Rifkin is the reader for a number of audiobooks, including Lois Lowry's The Giver , Phyllis Reynolds Naylor's Sang Spell, and Jerry Spinelli's Milkweed .

On October 1, 2020, a short film, Daddy, was uploaded on Christian Coppola's YouTube channel in which Rifkin stars alongside Dylan Sprouse. In the film, "after the death of his wife, an 80-year-old man checks into The Plaza Hotel to celebrate their first anniversary apart, hiring a male escort to take her place."

Alias is an American action thriller and science fiction television series created by J. J. Abrams, which was broadcast on ABC for five seasons from September 30, 2001 to May 22, 2006. It stars Jennifer Garner as Sydney Bristow, a double agent for the Central Intelligence Agency posing as an operative for SD-6, a worldwide criminal and espionage organization. Main co-stars throughout all five seasons included Michael Vartan as Michael Vaughn, Ron Rifkin as Arvin Sloane, and Victor Garber as Jack Bristow.

Ronald Joseph Livingston is an American actor. He is known for playing Peter Gibbons in the 1999 film Office Space and Captain Lewis Nixon III in the 2001 miniseries Band of Brothers. Livingston's other roles include the films Swingers (1996), Adaptation (2002), The Conjuring (2013); and the television series Loudermilk, and Boardwalk Empire, on which he appeared in the fourth season. 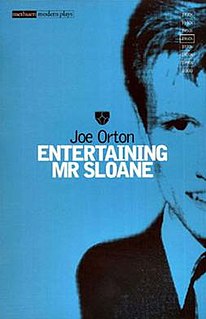 Entertaining Mr Sloane is a three-act play written in 1963 by the English playwright Joe Orton. It was first produced in London at the New Arts Theatre on 6 May 1964 and transferred to the West End's Wyndham's Theatre on 29 June 1964. 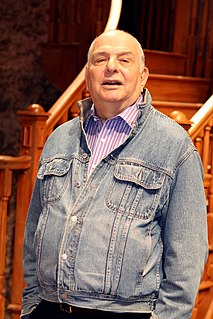 Alfred Fox Uhry is an American playwright and screenwriter. He has received an Academy Award, two Tony Awards and the 1988 Pulitzer Prize for dramatic writing for Driving Miss Daisy. He is a member of the Fellowship of Southern Writers. 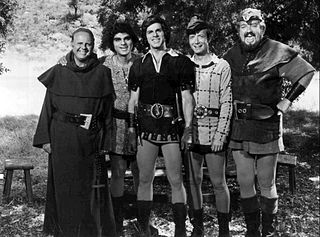 When Things Were Rotten is an American sitcom television series created in 1975 by Mel Brooks and aired for half a season by ABC.

That Championship Season is a 1972 play by Jason Miller. It was the recipient of the 1973 Pulitzer Prize for Drama and the 1973 Tony Award for Best Play. 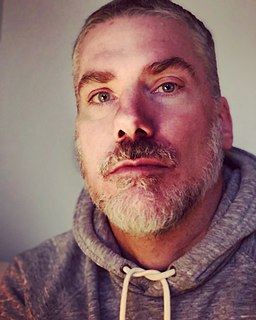 Glenn Fitzgerald is an American actor of stage, film, and television. 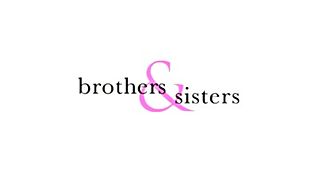 Brothers & Sisters is an American family drama television series that centers on the Walker family and their lives in Los Angeles and Pasadena, California. It aired for five seasons on ABC from September 24, 2006, to May 8, 2011. For the entirety of its run, it was broadcast on Sunday nights following Desperate Housewives.

William Joseph McCormack Jr. is an American actor, executive producer, screenwriter, and film director. He is best known for his short film If Anything Happens I Love You (2020), which earned him the Academy Award for Best Animated Short Film.

The Substance of Fire is a play by Jon Robin Baitz.

Laila Robins is an American stage, film and television actress. She has appeared in films including Planes, Trains and Automobiles (1987); Live Nude Girls (1995); True Crime (1999); She's Lost Control (2014); and Eye in the Sky (2015). Her television credits include regular roles on Gabriel's Fire, Homeland, and Murder in the First. More recently, she has had recurring roles as Katarina Rostova in season 7 of The Blacklist and as Grace Mallory in The Boys. She is also known for playing a younger version of Livia Soprano, the mother of New Jersey mobster Tony Soprano, in HBO's crime drama series The Sopranos.

Daniel Eric Gold is an American actor. He attended Lee Strasberg's Theater Institute as a teenager, and went on to graduate from Penn State in 1996, with a degree in Theater Arts.

The Destiny of Me is a play by Larry Kramer. The play follows Ned Weeks, a character from Kramer's play The Normal Heart. The play premiered Off-Broadway in 1992, and was a finalist for the Pulitzer Prize for Drama.

A Fair Country is a play by Jon Robin Baitz. The play premiered Off-Broadway in 1996, and was a finalist for the 1996 Pulitzer Prize for Drama.

Jay Armstrong Johnson is an American actor, singer, and dancer, known for his portrayal of Will Olsen in the ABC television series Quantico and starring roles on Broadway in musicals, including On the Town and The Phantom of the Opera.